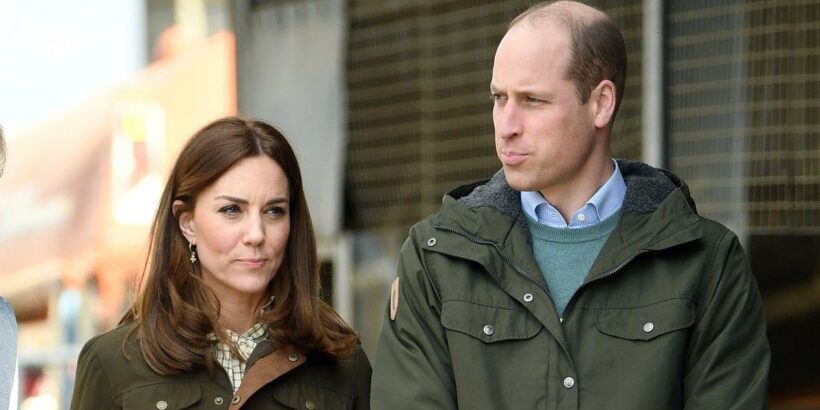 Prince William and Kate Middleton have broken their silence after Prince Harry and Meghan Markle's bombshell interview with Oprah Winfrey aired in the US.

The Duke, 38, and 39 year old Duchess of Cambridge took to their official Instagram account, Kensington Royal on Monday to share a photo of Her Majesty Queen Elizabeth II during her Commonwealth Day speech yesterday, 7 March.

The snap shows the 94 year old monarch wearing a blue skirt suit with three pearl necklaces and her favourite chrysanthemum brooch, which she wore on her honeymoon to husband Prince Philip, as she delivered a message about "unity" and "friendship".

The Queen spoke about the importance of keeping in contact with family and friends in these "testing times" amid the ongoing coronavirus pandemic.

In the caption, Kate and William wrote: "Today is #CommonwealthDay. The Commonwealth is a voluntary association of 54 independent countries. Her Majesty The Queen is Head of the Commonwealth.

"Visit the link in our bio to listen to Her Majesty's Commonwealth Day message in full."

Meghan, 39, and 36 year old Harry's tell-all interview came with an array of different statements, including one where the soon-to-be mum-of-two Meghan claimed Kate made her cry ahead of her wedding.

The brunette beauty opened up about reports of a rift between herself and the Kate and said the press wanted “a hero and a villain”.

The Duchess of Sussex, who also said she had suicidal thoughts during her time in the Royal Family, claimed that despite reports that Meghan was the one who drove Kate to tears days before her nuptials to Harry, it was in fact the other way around.

When asked by Oprah about the tabloids' claims Meghan had made Kate cry days before the royal wedding, she said: “No, the reverse happened.”

She added that she “didn’t want to be disparaging to anyone“ but Kate was “upset about something“ over an issue with a flower girl dress.

She continued that it “didn’t make sense“ to not support her due in the days coming up to her wedding.

But, Meghan then said Kate “owned it and apologised” with a handwritten note and flowers.

She added that William's wife “took accountability“ after Meghan was brought to tears but insisted there was no confrontation between the pair.

Meghan also added that she will not go into to detail about it because Kate apologised.

Watch the full interview on ITV at 9pm on Monday night and on ITV Hub, Courtesy of Harpo Productions/CBS