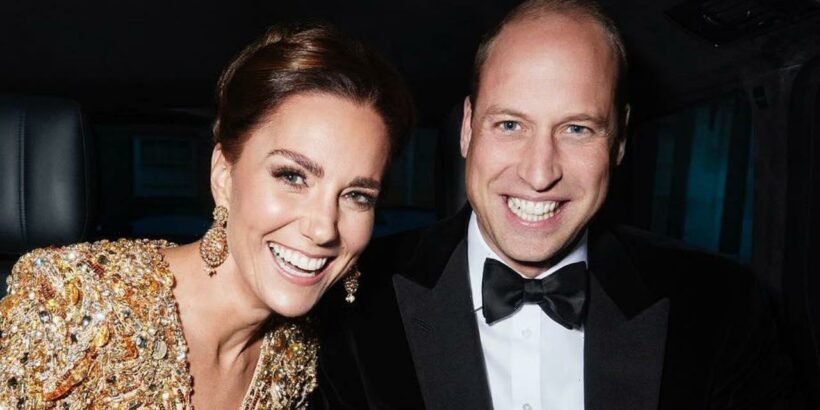 Prior to this, Reverend Mariama White-Hammond was accused of shading the Duke and Duchess of Cambridge by delivering a speech condemning racism at Boston City Hall amid a royal racism scandal.

AceShowbiz -Princess William and Princess Kate Middleton were photographed hanging out with Reverend Mariama White-Hammond. Their outing came after the black preacher condemned the “legacy of colonialism and racism” in a speech that she delivered on Wednesday, November 30 in front of the British royals.

In a picture that circulated online, the Duke and Duchess of Cambridge were seen strolling through Boston on Thursday during their big visit to the United States. They were joined by Rev. White-Hammond, the city’s Chief of Environment, Energy and Open Space.

Prior to this, the reverend was accused of shading William and Kate by delivering the speech at Boston City Hall amid a royal racism scandal. Her speech came hours after William’s godmother Lady Susan Hussey resigned from Buckingham Palace after she was accused of making racist remarks at an event hosted by Queen Consort Camilla.

“On this day, I invite us all to consider the legacy of colonialism and racism,” White-Hammond said on her speech. “The ways it has impacted people across the world and its connection, its deep connection to the degradation of land and our planet that we are all seeking to reverse.”

“The stories lost, the species made extinct, but also the persistence of people in the face of oppression and the fundamental dignity of all of our relations,” she continued.

White-Hammond, however, denied taking a dig at the royals. “As a person of African descent I often begin anything I say with a land acknowledgment, I want to bless this space and acknowledge the beauty and the painful history,” she told Page Six when asked if she meant to slight the Prince and Princess of Wales.

She further revealed that she “did not know” about the scandal before giving her speech. “The media told me afterward,” she added.

Meanwhile, the couple only have one day left in the states. They are set to meet President Joe Biden on Friday before concluding their royal tour by attending the glitzy Earthshot Prize Ceremony that will feature performances from Billie Eilish and Chloe X Halle.