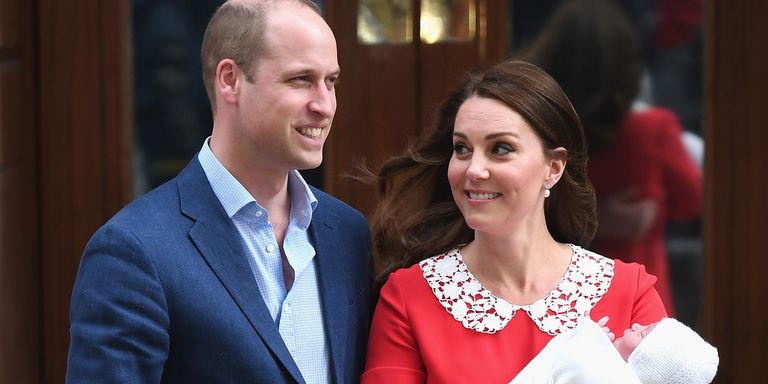 Things are moving very swiftly the third time around for Prince William and Kate Middleton. Just hours after Kensington Palace released word that the Duchess was in labor, the newborn prince’s official birth announcement was broadcasted to the world. And just mere hours after that royal reveal, the happy parents stepped out of St. Mary’s Hospital to head home to Kensington Palace with their adorably swaddled addition.

After a quick first photo-op outside of the hospital’s Lindo Wing, where the young prince was born, news correspondents caught up with the now father-of-three before he stepped into his car, for tidbits of information about the royal newborn.

When asked how Prince George and Princess Charlotte felt about their new baby sibling, Prince William revealed they (and the rest of the family) are “very happy” and “delighted” to welcome the baby prince.

Before departing from the hospital lot, the joyful Duke of Cambridge also offered fans a little dad joke about his readiness for fatherhood round three.

When asked about bringing the new baby home to join brother and sister, Prince George and Princess Charlotte, he quipped: “Thrice worry now,” holding up three fingers to the crowd.

To echo the question on everyone’s mind, one correspondent shouted a question about when the public could expect to find out the name of the little one, to which Prince William said: “You’ll find out soon.”

Per royal correspondent Omid Scobie, palace sources claim that William and Kate have no plans to hire additional support or a nanny in caring for the three royal tots, all under the age of four. The source adds that for the next couple of weeks, William will be primarily focused on supporting Kate and the kiddos, but further work-related engagements will be announced in due course.

We’re sending our well-wishes to Kensington Palace and the family of five!