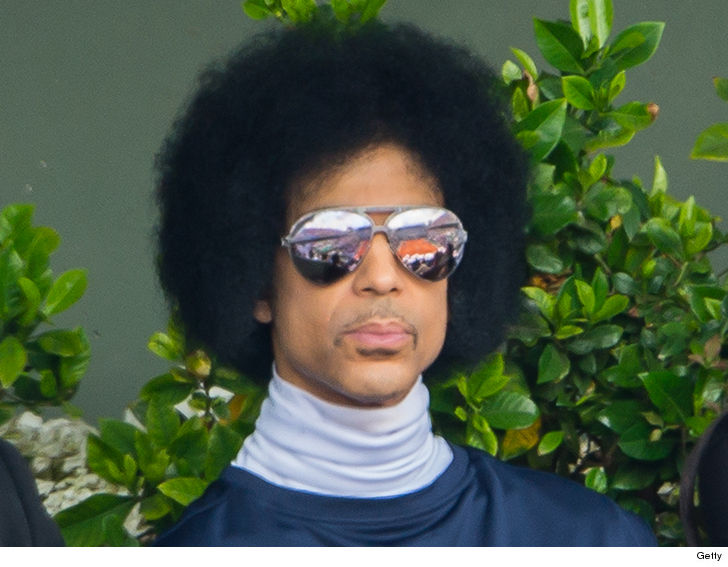 Prince‘s estate is going after a record label, claiming it’s run by a group of bootleggers conspiring to cash in by jacking his tunes and plastering the Prince logo on all their rip-off merchandise.

Prince’s estate just filed docs — obtained by TMZ — against Eye Records … which the estate says is described as a “bootleg label dedicated to Prince.” According to the docs … Eye Records has illegally released 18 Prince compilations since Prince died in 2016, including CD sets titled ‘Blast From The Past.’

Eye Records allegedly uses the online store newlovesigne.com to sell the bootlegged music, which includes live performances and unreleased studio tracks … like “Prince Atlanta,” which contain live recordings of the musician in his last-ever show.

Prince’s estate is suing the record label and the individuals it believes are involved in the bootlegging scheme for monetary damages … including $2 million for every one of their alleged Prince trademark violations … and they claim there are a lot.

A rep for Prince’s estate tells us, “There was nothing more important to Prince than the quality of his music and how his fans experienced it. With this filing, our hope is to preserve the integrity of the music and remain true to Prince’s wishes.”

The rep also issues a warning to anyone else who might try and jack Prince’s work, saying, “The Prince Estate will prosecute to the fullest extent of the law all unlawful distributors and sources of Prince’s intellectual property.”