Princess Diana made an impression during her 1985 visit to the White House.

The late royal attended a dinner hosted by then-President Ronald Reagan and First Lady Nancy Reagan, at which she danced with famous men like actor John Travolta and singer Neil Diamond.

Recently, Travolta opened up about dancing with the Princess of Wales in an interview with Esquire Mexico, describing the experience as a “fairytale” and a “magical moment.”

“Think of the setting. We were at the White House. It’s midnight. The stage is like a dream. I approach her, touch her elbow, invite her to dance,” he explained. “She spins around and gives me that captivating smile, just a little sad, and accepts my invitation. And there we were, dancing together as if it were a fairytale. Who could ever imagine something like that would happen to them someday? I was smart enough to stamp it in my memory as a very special, magical moment.” 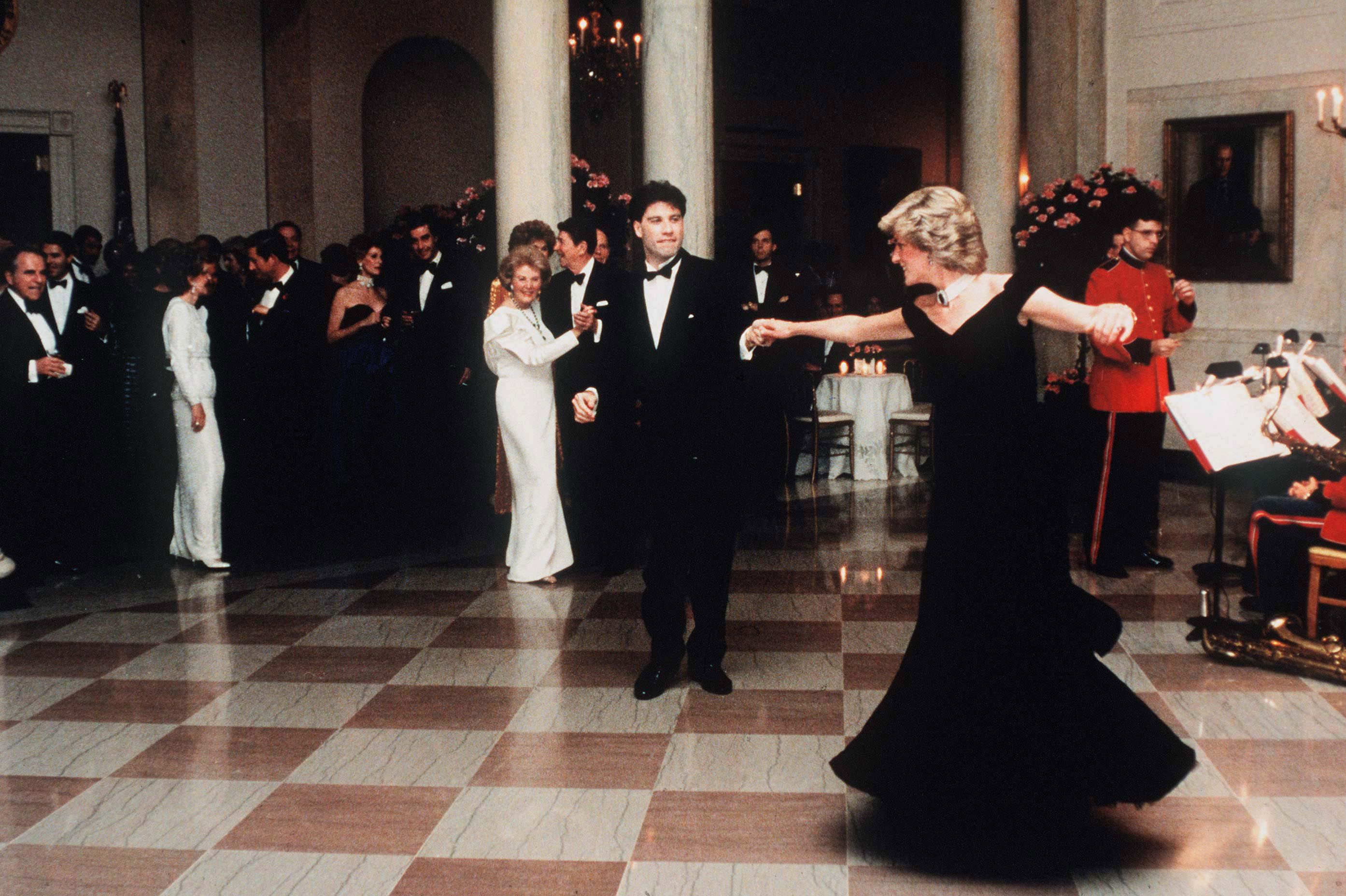 On Friday, former White House photographer Pete Souza shared his own memory from Diana’s visit to the Capitol—specifically, her dance with Diamond.
⁣
“After posting my photograph of Diana and John Travolta yesterday, many of you had asked to see a picture of her dancing with Neil Diamond,” Souza wrote on Instagram, along with a photo of the moment. “Accompanied by the military band, Neil sang a few of his songs. I distinctly remember him singing, ‘You Don’t Bring Me Flowers.’ My recollection–and I can’t be sure this is correct–is that he continued singing this song as he danced with her.⁣ The one rock-solid remembrance I have is that Diana was visibly blushing when she danced with Neil. In the photograph, you can see that her cheeks are a bit red but in the moment it was even more obvious.⁣”