Catherine McGregor admits she is her own worst enemy when it comes to taking on her critics – most notably, this week, her old friend-turned-foe Mark Latham. 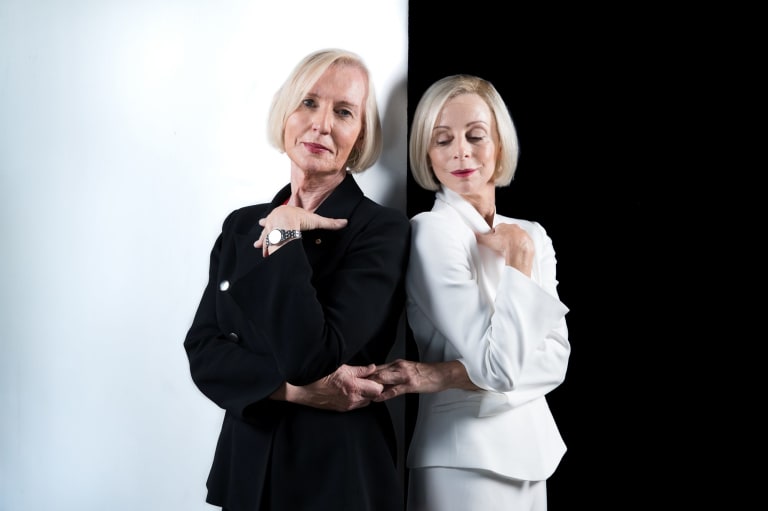 "I know I am not supposed to retaliate but I can't help myself. I'm a combative person, which is something I can't help and I have regrets about that," she told PS after discussing the blistering Twitter war she became embroiled in with Latham, the pair trading insults on everything from McGregor's transgenderism to their respective mental states. 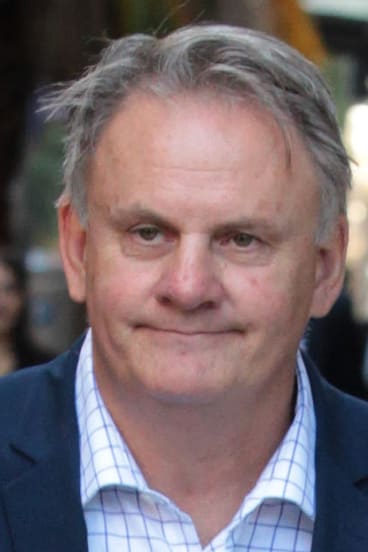 By the end of the week McGregor had quit Twitter, but denied it was because of Latham.

"The price of being in that sewer was not worth what it was giving back to me. It wasn't because of that grub Latham and his disgusting, vile abuse … we were friends for a long time. He simply cannot handle that I have transitioned. It has sent him over the edge," McGregor told PS.

Rather than worrying about Latham's Twitter missives, McGregor is far more interested in talking about the rave reviews the play Still Point Turning, starring Heather Mitchell as McGregor, has been garnering, though Latham himself had alerted his followers to the supposed comedic value of a "nappy scene" that he claimed was in the play.

"There is no nappy scene, and if there is anyone wearing a nappy it would be him," McGregor pointed out. Latham did not respond to PS's queries for more detail about said nappy claims.

"It sent chills through me watching Heather … I am blown away by the reception it has received and the reviews," McGregor said.

And there is more to come, with McGregor deep in talks with actor Marta Dusseldorp, of Janet King and A Place to Call Home fame, about taking on her character in a television series that is now in the works. 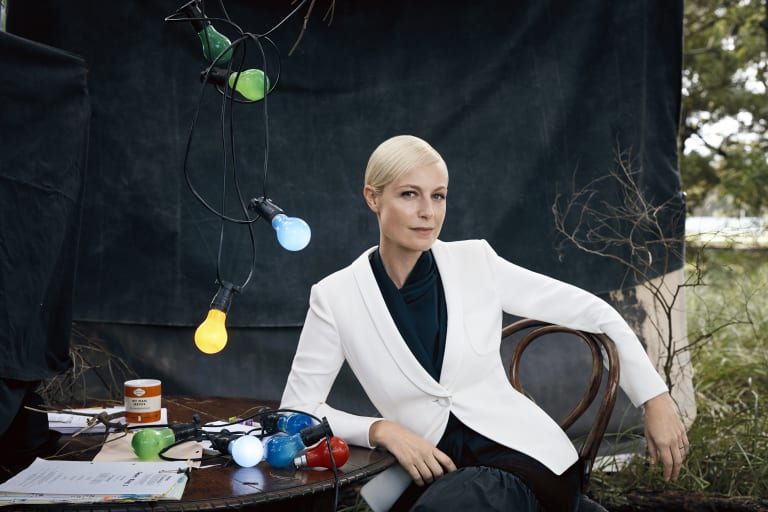 While McGregor declined to divulge further details, Dusseldorp was in the audience of Still Point Turning with senior executives from the ABC's drama department.

"I am a huge fan of Marta's … and we are actually the same size, she is a very willowy woman and has a strong masculinity about her too," McGregor told PS.

Meanwhile McGregor, a former Queenslander of the Year who succeeded in her bid to be removed from the Australian of the Year honour roll after a spat with recipient David Morrison, her former boss and army chief general, is moving to Hobart and embarking on a new chapter in her life.

"In the new cricket regime I appear to have been left out … I saw a list of the top 20 Australian women cricket commentators and I wasn't on it, but Michael Clarke's wife [former model Kyly] and Candice Warner were," she said. McGregor has commentated for both Channel Nine and the ABC, and written about the sport for a variety of media outlets.

"I'm not eye candy and my voice is too masculine apparently. I still play a decent game of cricket, so I am heading to Hobart and I hope to make it onto the women's representative team. I have a lot of support down there."

Packer checks out of psychiatric facility

Billionaire James Packer is expected to continue treatment for his unspecified mental health issues for some time yet, although friends report he has left the facility in Boston where he is understood to have spent about five weeks. 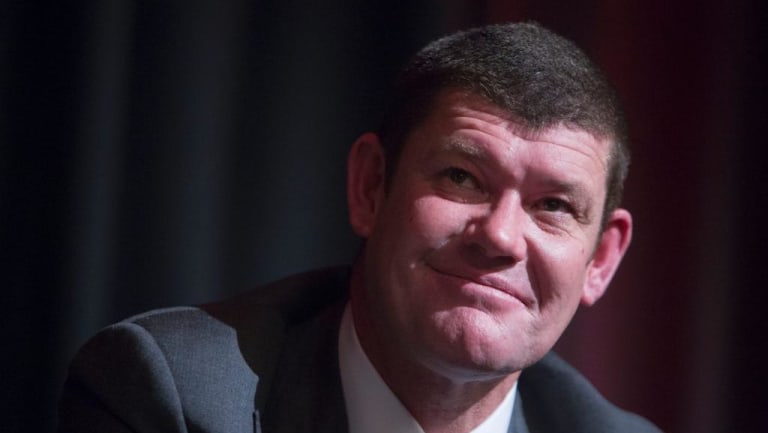 In March Packer checked himself into the McLean Hospital in Belmont. Described as one of America’s top psychiatric hospitals, it is an ultra-exclusive, $35,000-a-week, 11-bedroom facility.

He was subsequently photographed inside the facility and in the company of his mother, Ros Packer, who flew to be with her son after it emerged he was withdrawing from his corporate life to focus on his mental health.

While Packer's Sydney office would not disclose his whereabouts, it is understood he has returned to his Argentinian polo estate, Ellerstina.

Meanwhile Packer's former housemate, actor-turned-portrait artist Dee Smart, laughed off PS's suggestion that her next subject could be the billionaire, having had her latest work, a portrait of dancer Meryl Tankard, named a finalist in this year's Archibald Prize.

Smart and her funeral director husband Chris Hancock shared an unconventional home with Packer and his former wife Jodhi Meares in Bondi nearly 20 years ago.

Smart told PS of her Archibald coup: "I don't care about winning it; it's about being able to create something I'm happy with and making the deadline … to prove to myself that I can." 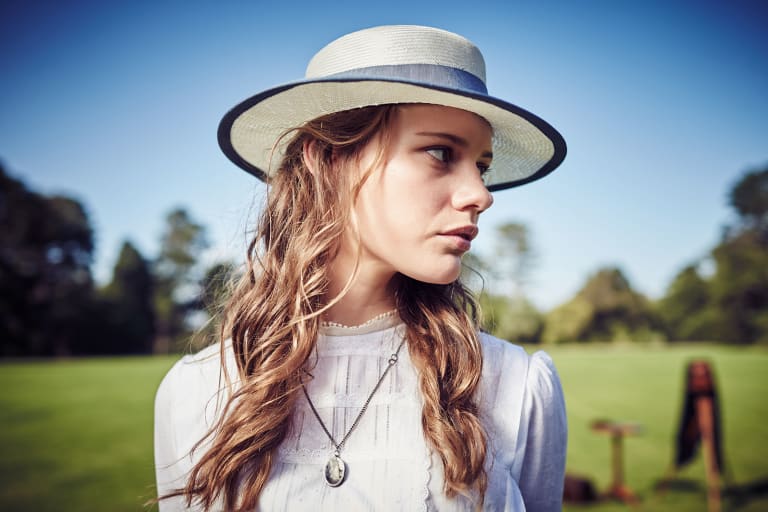 Lily Sullivan set to take on the iconic role of Miranda in the new, multi-million-dollar Picnic At Hanging Rock production on Foxtel.

But Peter Weir's 1975 version, which propelled Lambert to fame four decades ago, is a vastly different take on the Joan Lindsay novel than what has been created in Foxtel's new multimillion-dollar international production that opens on Sunday night. 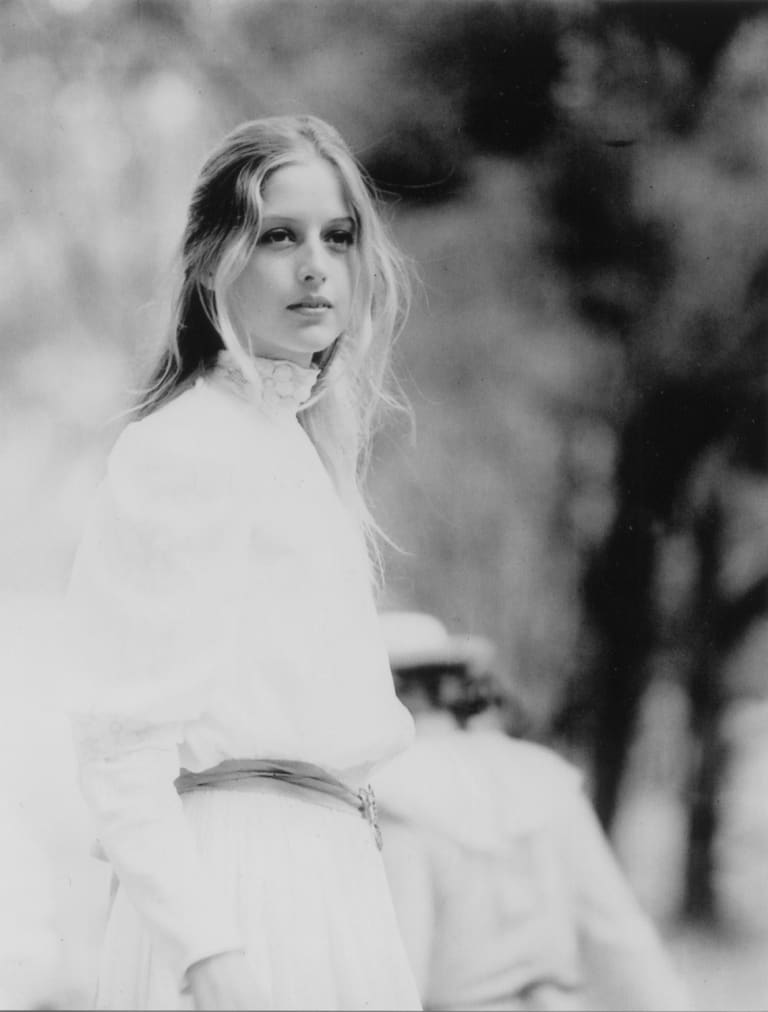 Anne Lambert as Miranda in 1975’s Picnic At Hanging Rock.

And with the prospects of an international acting career beckoning Sullivan, 24, it would seem 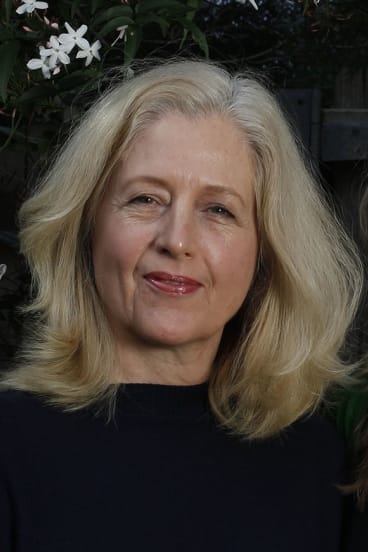 that her future is destined to take her to the bright lights of Hollywood, unlike Lambert, who eventually eschewed acting to become a mother and psychotherapist in Balmain.

"To be honest there is not much more I have to say about Picnic at Hanging Rock, only that I am

looking forward to seeing a new interpretation brought to life … it is Lily's turn to shine in the sun," Lambert told PS this week.

Sullivan went straight from her final year at high school into her acting career, landing a role opposite Toni Collette in the 2012 film Mental.

"I went straight from high school to holding a pair of scissors to Toni Collette's neck – it was pretty surreal," said Sullivan, who has also appeared in the new version of Romper Stomper.

But Miranda is the role that is set to propel her into a new realm, having already been picked up globally by US streaming giant Amazon Prime, Britain's BBC, France's Canal + and Germany's Deutsche Telekom. Picnic has also screened at both the Berlin and Tribeca Film Festivals in recent weeks.

"I loved the original film; it really connected with me. But people keep calling this a remake of that film and it really isn't," said Sullivan, who will soon head off to Los Angeles after spending the past month trying to "leave Miranda and rediscover who Lily is".

"It can be a challenge to take on a role so many people already have an expectation of. As we got deeper into production, Miranda began to really take shape for me. So after a while I didn't feel so much of the pressure that came with that character.

"This is a completely reimagined take on the story. It is completely psychedelic and out there … it felt incredibly experimental and really f—ing cool. It is created for a new era."

From wedded bliss to wedded miss

There were some notable absences in last weekend's wedding festivities on Hamilton Island for heiress Deborah Symond's trip down the aisle with long-time beau Ned O'Neil. 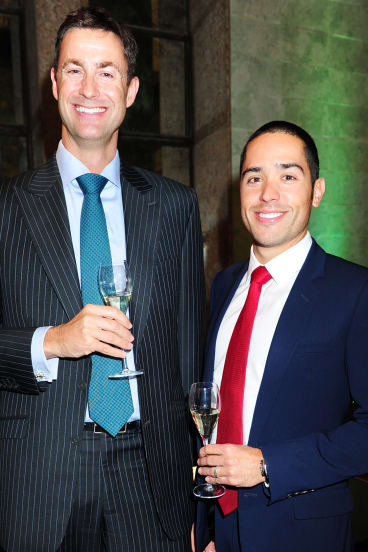 Ed Smith and Stephen Symond in 2012. The couple are working on the “bumps” in their marriage.

Missing from the action was Symond's brother-in-law Ed Smith, who "married" Stephen Symond in a lavish commitment ceremony at "Aussie" John Symond's Point Piper compound in 2013, five years before same-sex marriage was legalised.

PS hears the couple are working on a reconciliation but have told friends things became bumpy in recent months since they relocated to London.

Tindill is well known in sailing circles as a former crew member on his in-laws' Sydney-to-Hobart winning supermaxi Wild Oats. 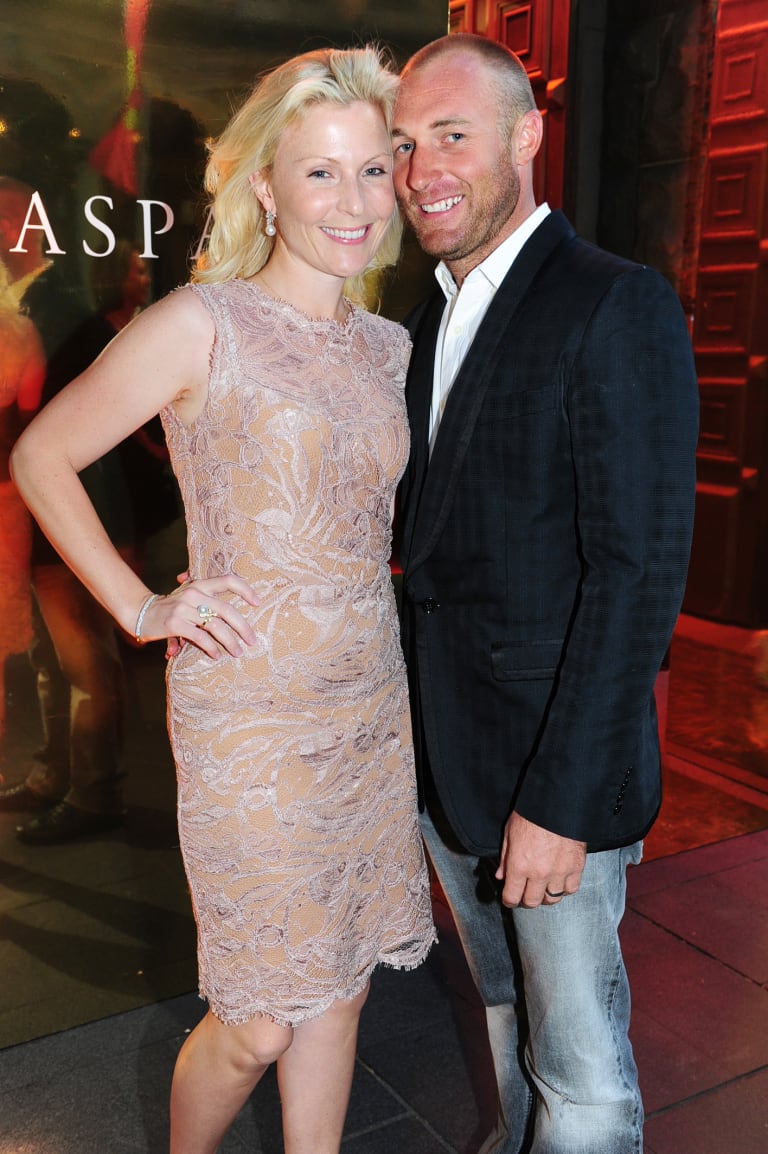 Getting on with life, Nicky Oatley and husband, Troy Tindill, have parted ways.

Tindill, who launched a new furniture design business called Vela in August, is understood to be winding up his business, the phone ringing out at his Woollahra showroom this week.

Oatley's mates inform PS the popular blonde is "getting on with life".

Emotions continue to run high around Sydney Town Hall when it comes to the devolving relationship between Lord Mayor Clover Moore and councillor Professor Kerryn Phelps. 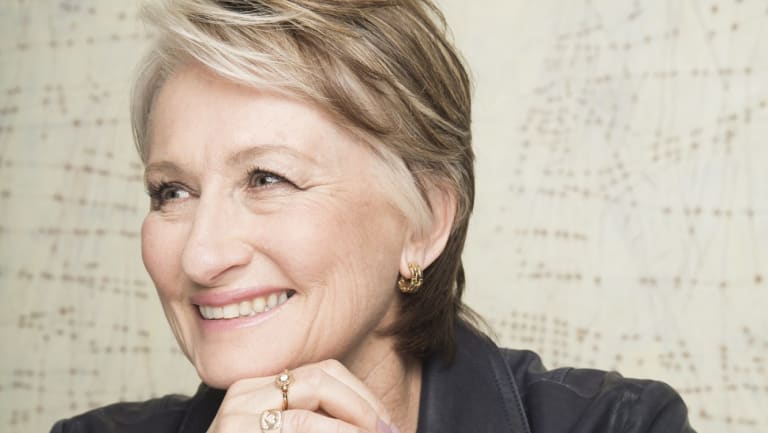 Moore launched yet another attack on Phelps, with talk of "disappointment" and accusations of alleged "betrayal" flying thick and fast at a recent cocktail party the Lord Mayor held for 100 or so of her "true believers" in a reception room at Town Hall. Word soon reached Phelps, who told PS she was appalled that Moore would be using council facilities to "denigrate" a councillor who was unable to be present and "defend" herself. 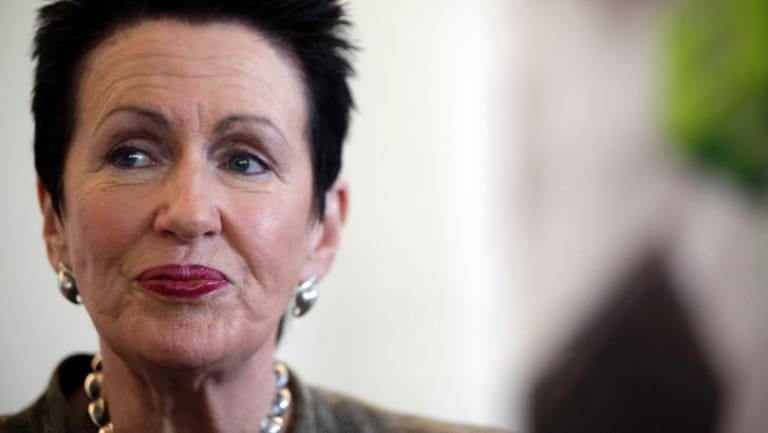 When PS pressed Moore's office on what was said, a council spokesman responded: "There’s no question the Lord Mayor has been disappointed by Cr Phelps’ performance on council. She is absolutely on the public record about that."

Phelps, pointing out that she had actually supported many of Moore's motions, responded: "If Clover Moore expected me to be an unquestioning myrmidon with no opinions of my own, of course she would be disappointed."

"Calling themselves the Clover Moore Independent Team is misleading," Phelps fumed. "They are clearly independent in name only."

Phelps also denied Moore's claims that she had sided with the Liberals in the council, including supporting their bid for the deputy mayoralty.

"It was a symbolic gesture … to put up an alternative deputy in protest, knowing Clover’s team would all vote as a bloc," Phelps said.

As for Moore's comments that the Phelps situation was a "good example" of why she "loves the job but hates the politics", Phelps retorted: "So who was the one who held a private cocktail party in Town Hall to play politics?"