Priyanka Chopra and Nick Jonas have returned to the Met Gala, the event where their love story began back in 2017. Tonight, the duo are now attending as husband and wife after tying the knot in multiple elaborate ceremonies back in December.

Following the theme of camp, the Jonases pulled out all the stops for the red carpet, coordinating in silvery ornate ensembles only they could pull off. The Quantico alum went for a frothy gray Dior haute couture number with cage detailing on the corset and multicolored feathers at the hem. And yes, it came with a cape. (You thought Priyanka was done with trains after she wore a 20-foot design to the Met Gala two years ago? No, way.) 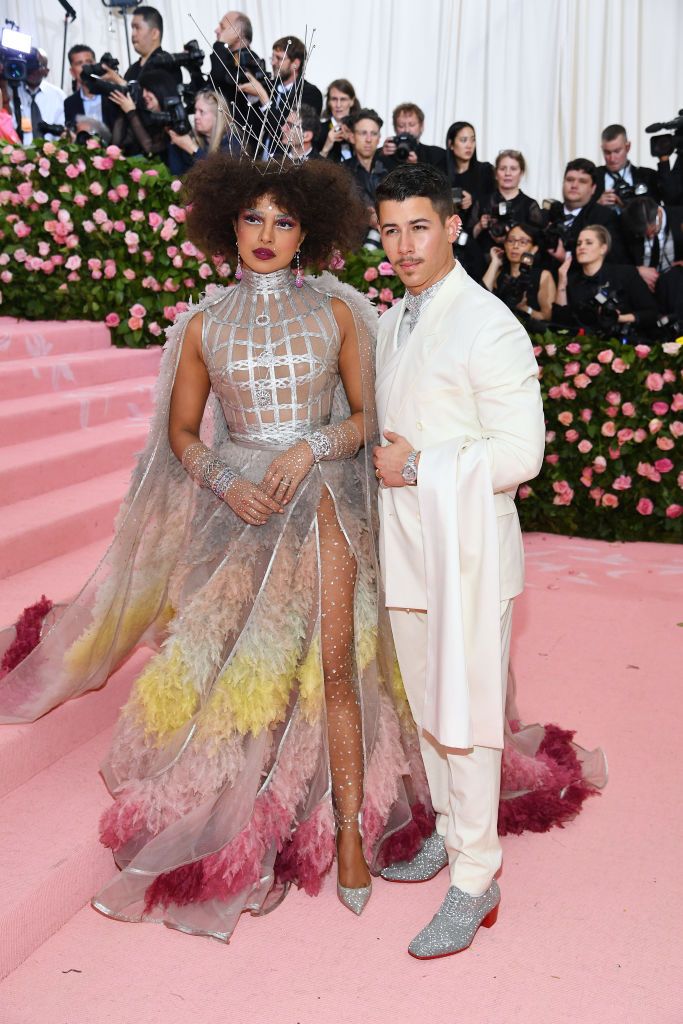 Her hubby kept up in a white suit over a bejeweled shirt and tie. He went for extra sparkle in silver metallic shoes and luxe jewelry from Chopard including a necklace, ring, and a timepiece featuring 38.30-carats of diamonds set in 18k white gold. 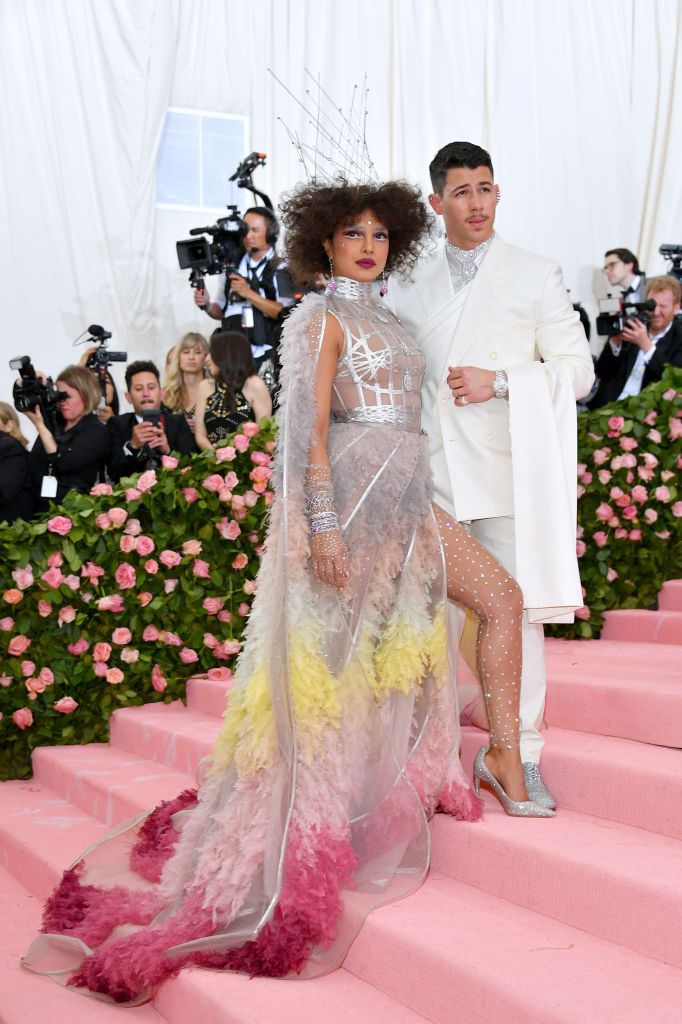 Chopra went for far-from-subtle makeup, with bold fuchsia eyeshadow, white eyeliner, frosted lashes, bold berry lipstick, and face gems. To top it off, she teased her hair and finished off her look with a sky-high crown.

Priyanka and Nick famously attended the Met together in 2017 as guests of Ralph Lauren, when she wore a trench coat-turned-dream gown and he sported a printed jacket and bowtie. 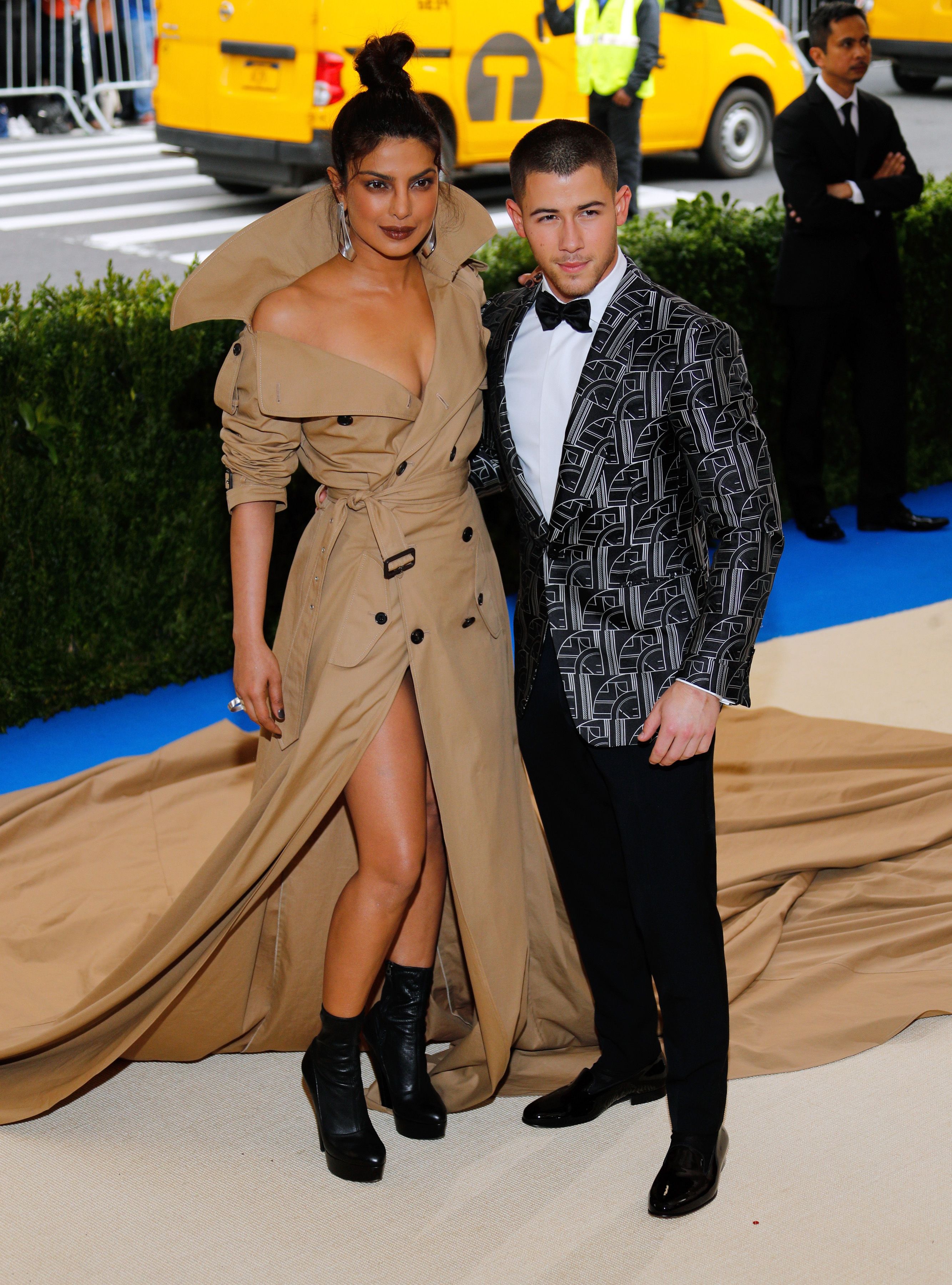 At the time, Chopra said of having Jonas as her impromptu date, “We were at the same table. I mean, we know each other so we were just like, ‘Hey let’s go together,’ and I was like, ‘Okay, let’s go together.’ And it just ended up working out.” It sure did.