The Indian actress shares on the social media site a photo of the ‘Find You’ singer hanging out with her brother at a beach.

AceShowbiz –
Actress Priyanka Chopra has dubbed new boyfriend Nick Jonas one of her “favourite men” after going public with their budding romance on social media.

The unlikely couple previously claimed it was just friends as Priyanka hit the red carpet with pop star Nick at the Met Gala in New York in May, but the dating speculation heated up weeks later as they attended a Jonas family wedding in New Jersey together. 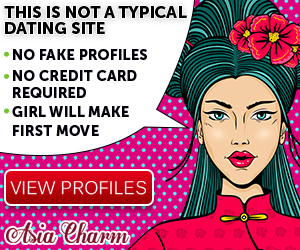 Last week, ends June 22, the pair jetted off to Priyanka’s native India, where she introduced Nick, who is 10 years her junior, to her mother, Madhu Chopra.

The Jealous hitmaker then made their romance Instagram official by sharing a cute video of the Baywatch beauty laughing and smiling for the camera. He simply captioned it, “Her”, as he added a heart-eyes emoji.

Now it seems it’s Priyanka’s turn to gush about her new beau online, as she posted a picture from a family day at the beach, where Nick apparently bonded with her younger brother, Siddharth.

“My Favourite Men,” she wrote on the snap, which was taken from behind and featured the two guys standing side-by-side as they looked out into the ocean in Goa.

Priyanka Chopra Just confirmed her relationship with Nick Jonas in this Instagram post? . . . Looks like actress Priyanka Chopra has finally found the love of her life in Nick Jonas . . . . A day after a report published In Filmfare suggested that plans are underway for priyanka – Nick's engagement either by July end or August this year , the actress posted an insta story of her brother Siddharth and Nick in Goa with the caption , "MY FAVOURITE MEN ". Yes , you read it right! . . . . . #priyankachopra #nickjonas #siddharth #love #brother #bollywood #bollywoodstar #bollywoodactress #hollywood #hollywoodsinger #couples #couplegoals #goa #beach #loveisintheair #cutecouples #couplelove #missindia #bollywoodmovies #bollywoodbeauty #instagram #instanew #bollywoodinsta #glamour #glammint

The stars have yet to publicly discuss their growing affection for one another, but Priyanka recently laughed off a romance with the 25-year-old musician, insisting they simply shared an agent and chose to attend the Met Gala together only because they were both wearing Ralph Lauren.

“We were on the same table and we already know each other. So he was like ‘Hey, you wanna go together?’ And I was like ‘Yeah, OK, let’s go together,'” Priyanka told talk show host Jimmy Kimmel. “It ended up working out”.

Nick is no stranger to high profile romances – he was previously linked to actresses Kate Hudson and Lily Collins following his 2015 split from beauty queen Olivia Culpo, while his other exes include Selena Gomez and Miley Cyrus.