Crazy about Nick! Priyanka Chopra shared a sweet snap of Nick Jonas on the beach in her home country of India.

“My favourite men,” the 35-year-old Quantico star captioned a photo on her Instagram Story of Jonas, 25, and a man who appears to be her brother standing by the ocean in Goa. 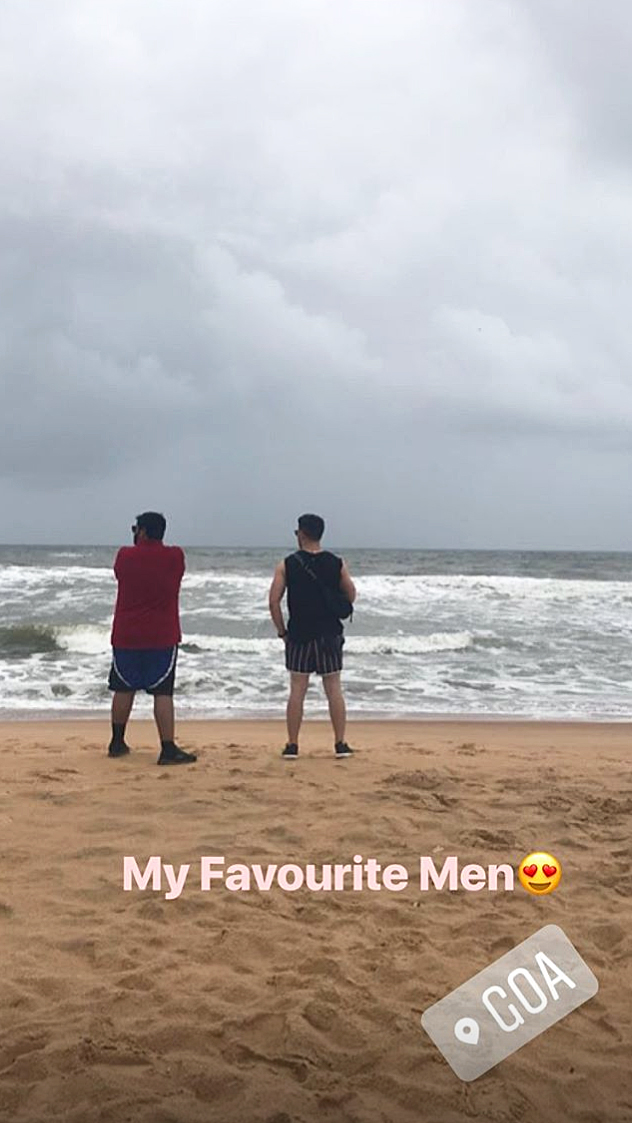 Chopra and the Disney alum stepped out together for a date night in India on Friday, June 22. The duo was all smiles as the two walked through the streets of mumabi. That same night, Jonas shared a video on his Instagram Story of the actress laughing.

“Her,” the “Jealous” singer captioned the video, adding a heart eyes emoji.

Us Weekly exclusively confirmed on May 29 that Chopra and Jonas are dating. A source told Us at the time that the the two are “interested in each other.”

Another insider told Us on June 6 that their relationship did not come as a shock to their family and friends. “People are saying it’s a great match because they’re both so talented and understand the industry,” the insider explained. “Priyanka knows how to have fun, but there’s also a gravitas to her. The same goes for Nick. He’s serious but has a great sense of humor.”

Two weeks before Chopra brought her man to India, the Baywatch actress spent time with the Jonas family. The Jumanji actor brought Chopra as his date to his cousin’s wedding in Atlantic City, New Jersey, on June 9.