If you weren’t using The Bachelorette‘s commercial breaks to refill your wine glass, you probably caught a glimpse of a promo for ABC’s upcoming matchmaking show, The Proposal. Created by Bachelor creator Mike Fleiss, each episode of The Proposal will center on a new group of daters trying to win over a mystery suitor and seemingly score a marriage proposal by the end of the game. If ABC’s mission was to produce a dating show that is even more outlandish than The Bachelor, I think those executives have nailed it with the creation of The Proposal. Seeing as I can’t help but feel a little curious about the potential success of the show, when does The Proposal premiere?

If watching Becca Kufrin do the damn thing on The Bachelorette isn’t your cup of tea, you can tune into the first episode of The Proposal on Monday, June 18, for a dose of wacky love connections. Season 5 Bachelor Jesse Palmer will star as the game show’s host, and while he’s essentially the stuff of ancient legends in Bachelor Nation, the former football player has actually built quite the TV career for himself. Clearly, the quick demise of his Bachelor romance with Final Rose pick Jessica Bowlin wasn’t all bad luck. After a stint as a contributor on Good Morning America, Palmer left the show to host the new syndicated series DailyMailTV. However, as evident by his involvement with The Proposal, Palmer isn’t done with working for ABC any time soon. 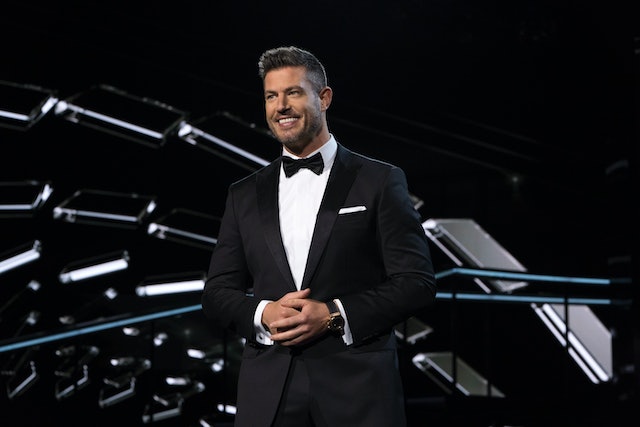 Each episode’s 10 contestants will vie for their potential soulmate’s heart in different rounds, resembling the format of a beauty pageant. In true reality show fashion, suitors will eliminate a number of daters after each round. Each episode will begin with a "first impressions round," followed by daters’ best struts while wearing beachwear. Contestants will then answer the suitor’s romantically inclined questions, which likely helps them in the next challenge of trying to appeal to one of the suitor’s most beloved family members.

Supposedly ending in a marriage proposal each time, The Proposal basically sounds like a super speedy, abbreviated version of The Bachelor. But don’t worry if you think the concepts are too similar — one guy in the promo says he’s there for the "real reasons," so I’m assuming there are no raps about the right reasons to sit through on The Proposal. But can we expect backstage drama about someone being there for the unreal reasons?

With Palmer describing it as a "soulmate pageant" in the first promo, The Proposal seems to give off the impression of gathering together the…eccentric Bachelor and Bachelorette contestants often eliminated on Night One for a chance at love. I mean, it’s hard to think otherwise when the promo features one woman saying that her dream guy is a mix of Christian Grey and Mister Rogers. Plus, everyone on the show is clearly shopping wherever long-lasting franchise contestants are buying their glitzy rose ceremony outfits. Coincidence? I think not.

The Proposal isn’t the first time Mike Fleiss has worked on a pageant-style TV show. Before he struck gold with The Bachelor, he created and produced the 2000 special Who Wants to Marry a Multi-Millionaire, which called for 50 women to compete for the affection of an unknown multi-millionaire. The show’s reputation was ruined because of its concept and the fact that the title millionaire supposedly wasn’t rich, but you’ll inevitably come across a mention of it if you read up on Fleiss. Will The Proposal meet the same doomed fate? Depending on how much Becca’s catchphrase gets on my nerves in upcoming weeks, I may have to tune in to see.