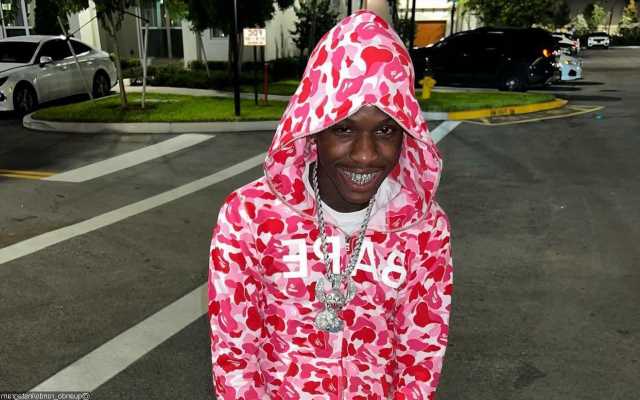 It’s unclear what leads to the Never Broke Again artist’s hospitalization, but the ‘Motivation’ rapper appears to be having a serious health issue as he says he’s ‘fighting’ for his life.

AceShowbiz –Quando Rondo is currently not in the best shape. The rapper, who first gained recognition with his 2018 song “I Remember” featuring Lil Baby, appears to be having a major health issue that sent him to the hospital.

On Wednesday, July 27, the 23-year-old took to his Instagram Story to ask fans for prayers after he was rushed to the hospital. He didn’t reveal what led to his hospitalization, but it appears to be series as he said that he’s “fighting” for his life.

“Pray for me, in da hospital fighting for my life..,” so the artist, who is signed to YoungBoy Never Broke Again‘s Never Broke Again wrote on his Story, adding, “#fuClean.” Just hours before his hospitalization, the Savannah native tweeted, “Thank You God.”

After his Story was reposted on CheeseTV’s Instagram account, his fans and friends sent their well wishes, with one saying, “Make it thru boi.” Another sent their prayer as writing, “Prayers up for Quando.”

Some others trolled Quando for updating his social media account while he’s in the hospital. “He fakin it,” one person accused him. A confused user remarked, “But making posts,” while another quipped, “Least your thumbs work.”

There were also haters who brought up Quando’s beef with King Von, which allegedly led to the shooting that killed the latter back in 2020. “Imagine if Von posted while he was on the floor fighting for his life,” one person wrote. Another taunted the “Motivation” spitter, “von waiting on yo ahh.”

Quando reportedly had an altercation with Von outside an Atlanta nightclub in November 2020 before shooting broke out. Von was shot multiple times and transported to a hospital in critical condition, but didn’t survive.

Quando and his entourage claimed that they were acting in self-defense and Von was the aggressor. Quando has publicly shown his support for his friend and fellow rapper Timothy Leeks a.k.a. Lul Tim, who was charged for the murder of Von.