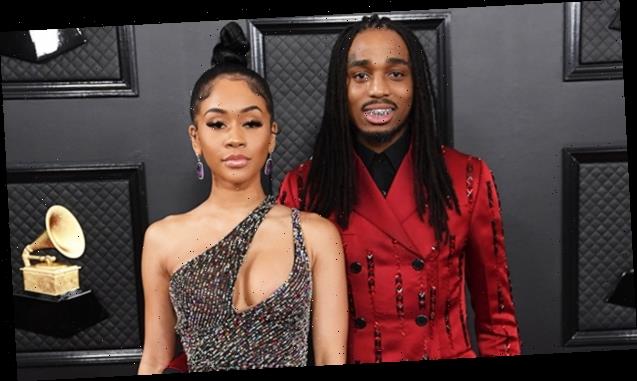 Months before Saweetie and Quavo broke up, they got into a physical altercation in an elevator — and it was captured on a surveillance video.

Quavo and Saweetie appeared to get into a scuffle in the elevator of an apartment building back in 2020, according to TMZ. The site obtained surveillance footage from the elevator, which reveals what happened during the altercation. The video starts with Saweetie heading into the elevator first, as the two struggle over a Call of Duty suitcase. Eventually, it’s Quavo who grabs the suitcase from his then-girlfriend, and she’s pushed to the floor in the process.

The video has no audio, so it’s unclear what the two were saying to each other when the fight happened. After falling to the ground, Saweetie stayed there for the entire elevator ride. Meanwhile, Quavo stood by the elevator doors, and would look back at Saweetie every so often. At one point, the elevator stopped, and the door opened to a patron on the other side. However, that person did not get on the elevator, and it continued its descent.

When the elevator reached its destination. Saweetie stayed rooted in her spot on the floor, facing the back of the cabin. Quavo propped the door open with his suitcase, and appeared to say something to Saweetie. Eventually, she stood up — very slowly — and walked by him out the door. Once the doors closed, the footage ended, so it’s unclear what happened afterward. HollywoodLife has reached out to both Saweetie and Quavo’s reps multiple times, but did not receive an immediate response. 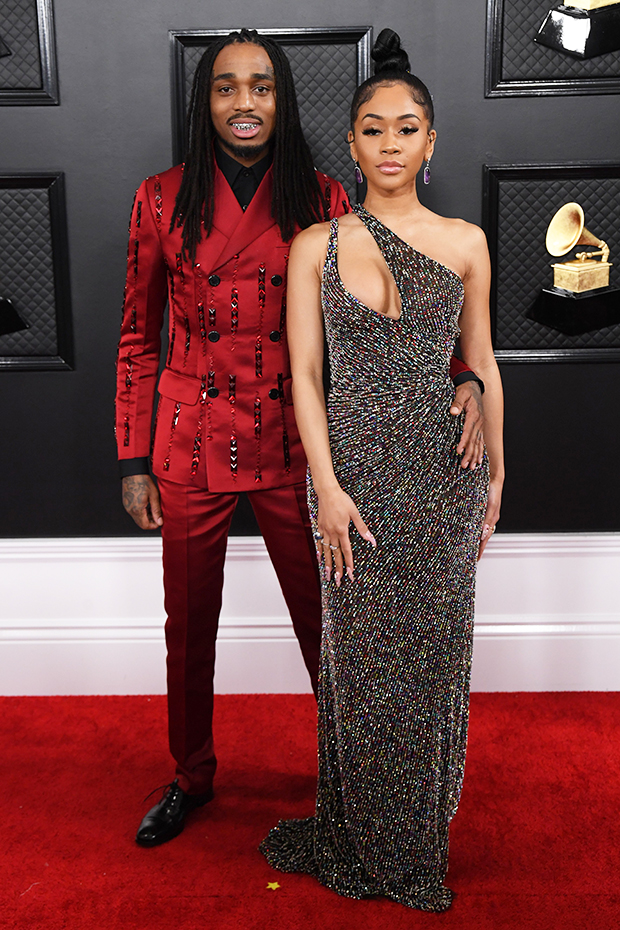 The exact date of when this incident occurred is not clear. However, it wasn’t until earlier this month that Saweetie and Quavo ended their relationship. Fans first became suspicious that the couple had split after nearly three years together in mid-March, when they unfollowed each other on Instagram.

One day later, Saweetie confirmed that she had broken up with the Migos rapper. “I’m single,” she tweeted on March 19. “I’ve endured too much betrayal and hurt behind the scenes for a false narrative to be circulating that degrades my character. Presents don’t band-aid scars and the love isn’t real when the intimacy is given to another woman.” At the time, it was rumored that Quavo had cheated on Saweetie, which she hinted at in her tweet, as well.

Meanwhile, Quavo tweeted his side of the story, as well. “I had love for you and disappointed you did all that,” he wrote on March 19, as well. “You are not the woman I thought you were. I wish you nothing but the best.” Saweetie and Quavo got together in 2018 after he slid into her Instagram DMs.