The monarch, 92, was simply stunning in a lime green dress and a matching hat as she greeted fans hoping to catch a glimpse of attendees arriving. 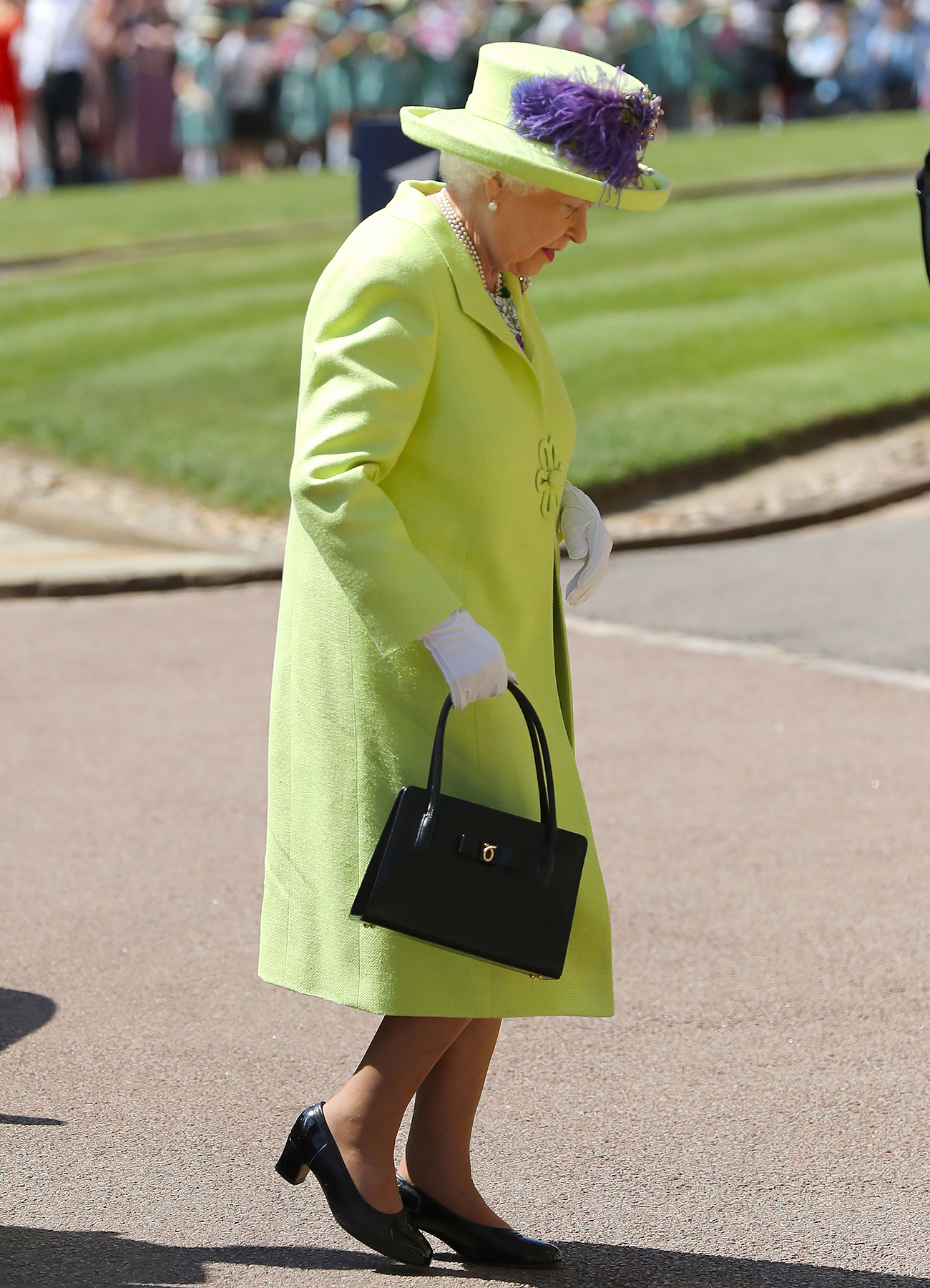 Back in March, Queen Elizabeth granted formal consent for Harry, 33 to wed Markle, 36. Just three days before, on March 12, the royal made her first public appearance with the Suits alum at a Commonwealth Day event in London.

The philanthropist met her future in-law in September 2017 at Balmoral Castle in Scotland, shortly before getting engaged to Harry. A source exclusively told Us Weekly at the time that the meeting “went well” and Harry “was able to introduce someone he loves to someone he cares for deeply.”

Markle and the Captain General Royal Marines started dating in the summer of 2016. In December 2016, a palace insider told Us that the queen is “fully supportive” of the romance: “She’s delighted to see Harry in a loving relationship.”

The couple spent Christmas with the queen and other members of the royal family, including Duchess Kate and Prince William, who are also glad Harry has Markle in his corner. In fact, Kate has “give[n] her advice about adapting to the royal family,” one source noted. “They have already firmly established a wonderful friendship.”

Markle and Harry wedding is set to be followed by a 600-person luncheon that will include the former actress’ Suits costars. Of that group, 200 guests have been invited to join the newlyweds at Frogmore House for an intimate evening reception.