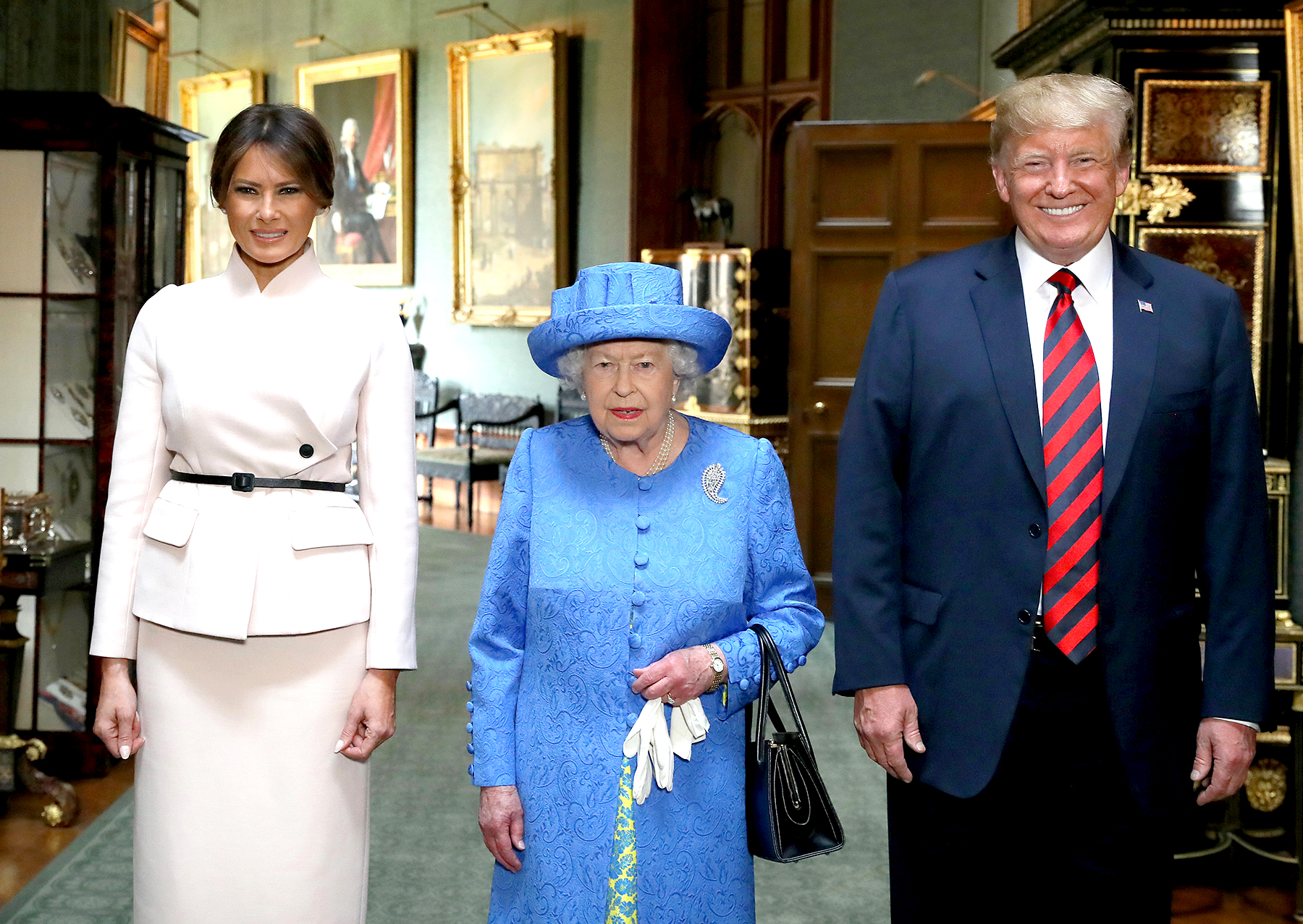 Here’s a topic to “brooch”! Queen Elizabeth II may have thrown a little shade toward President Donald Trump with the jewelry she donned on Thursday, July 12, the same day Trump arrived in England.

The small green flower brooch the British monarch wore on Thursday as she welcomed the Archbishop of Canterbury and the Grand Imam of Al-Azhar to Windsor Castle has special significance. Dubbed the American State Visit Brooch, the vintage jewelry item was a gift from former President Barack Obama and former First Lady Michelle Obama from their state visit in 2011. 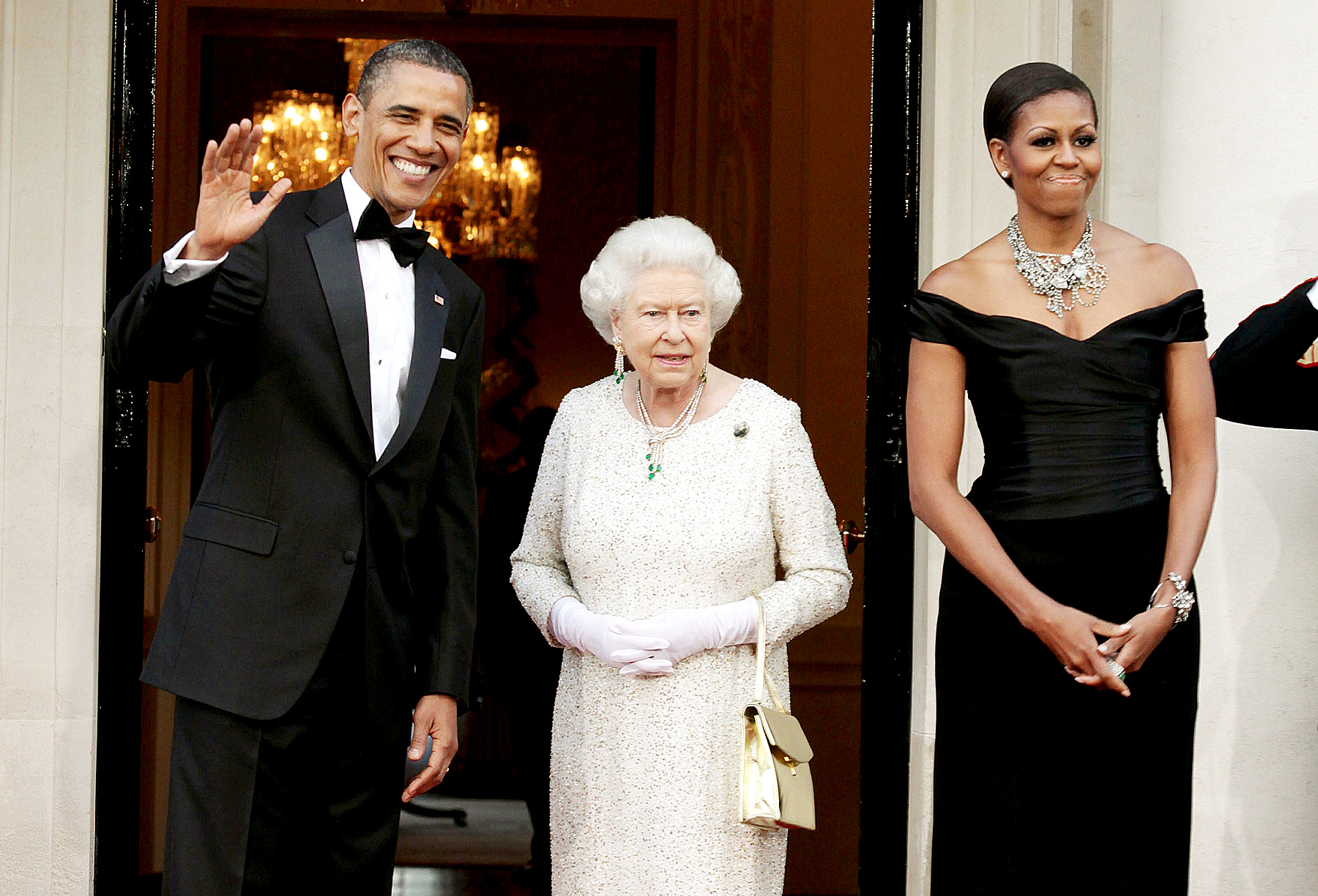 Elizabeth’s choice to wear the Obamas’ gift on the same day Trump arrived in England might have been a coincidence, but considering the number of brooches the Queen has, some pundits are thinking it was a deliberate choice. 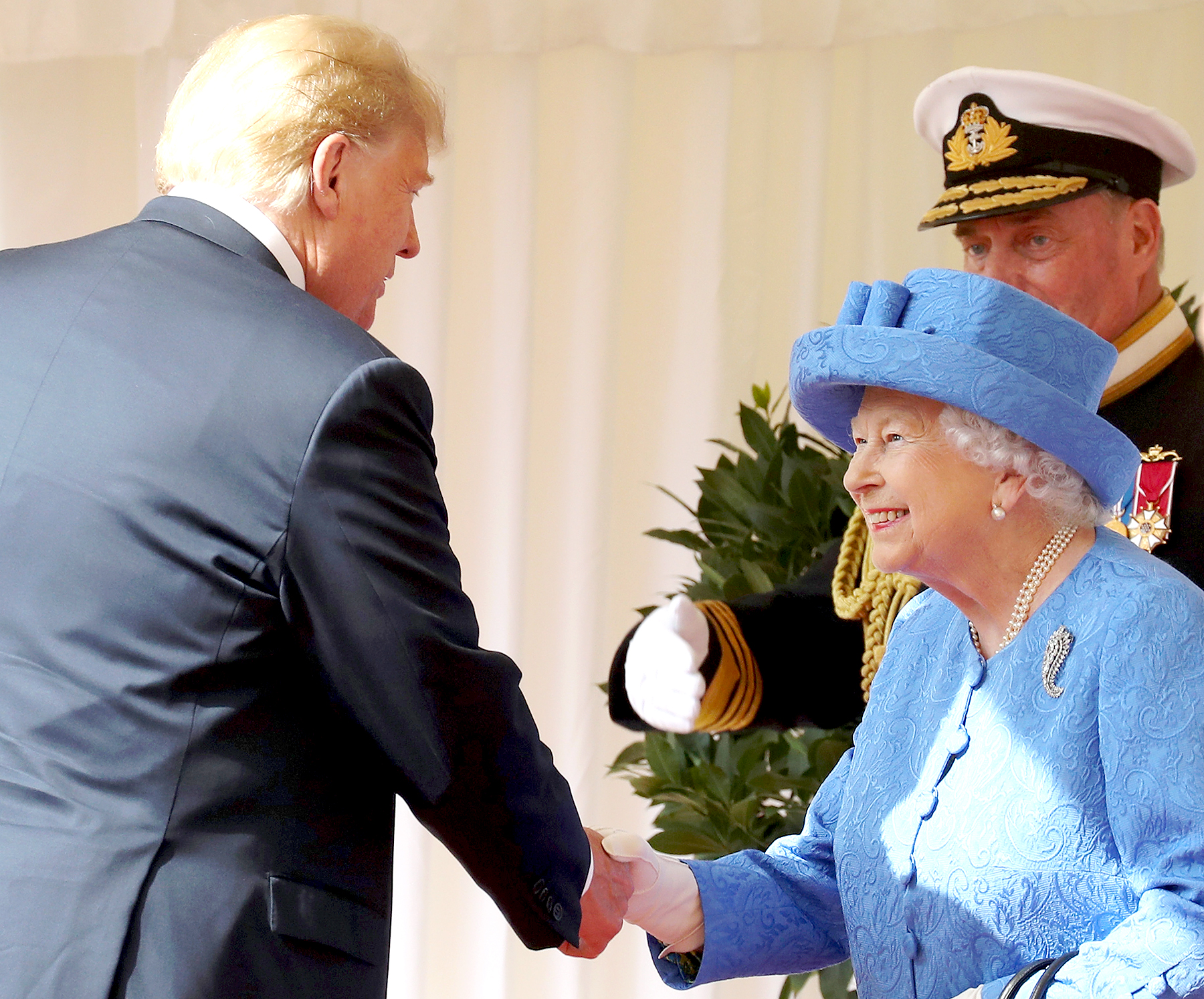 Meanwhile, there was nothing subtle about the protests on Friday, July 13, just 20 miles from Windsor Castle. Tens of thousands of protestors attended “The Stop Trump March” in London that day, according to New York Magazine, some bearing signs reading “Trump Not Welcome” and “Dump Trump.” In addition, a 20-foot balloon depicting a diaper-clad “Baby Trump” flew high over the march. London Mayor Sadiq Khan personally approved the balloon after a crowdsourcing campaign collected $20,000 and amassed 10,000 signatures, according to The Washington Post.