Queen Elizabeth II is a proud grandmother! A never-before-seen framed photo of Prince Harry and Duchess Meghan was spotted in the monarch’s Buckingham Palace home in London. 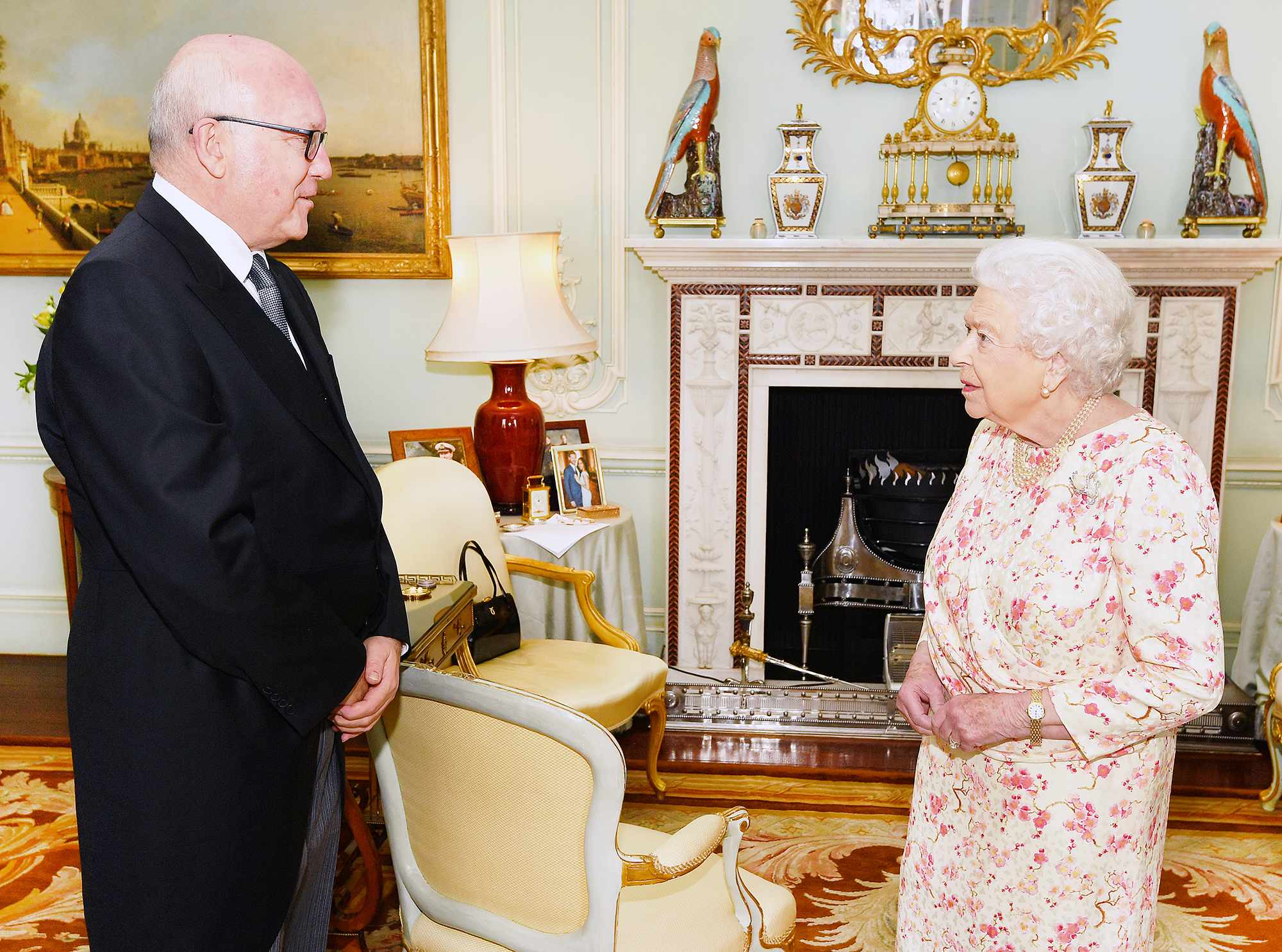 Eagle-eyed royal watchers first noticed the portrait when the queen, 92, met with George Brandis, Australia’s High Commissioner to the United Kingdom, on Wednesday, May 30. It is displayed on a small table near a fireplace and shows Harry, 33, dressed in a navy suit and Meghan, 36, in a light-blue dress.

It is unclear when the picture was taken, but it may be an outtake from the newly minted Duke and Duchess of Sussex’s official engagement shoot at Frogmore House back in December. 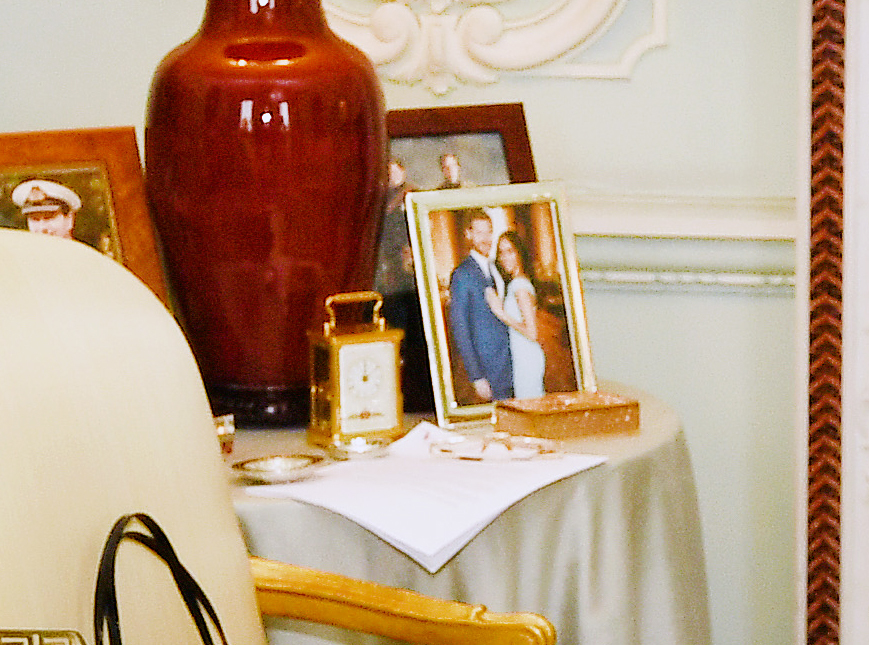 Harry and Meghan (née Markle) know Frogmore House all too well. Hours after exchanging vows in front of 600 guests at St George’s Chapel in Windsor Castle on May 19, the couple and 200 of their close friends and family members headed to the nearby country house for their private reception.

For the intimate evening party, the groom wore a classic black tuxedo, while the bride swapped her Clare Waight Keller for Givenchy wedding gown for a sleeveless Stella McCarthy dress.

Idris Elba hopped behind the DJ booth during the reception, while George Clooney served his Casamigos tequila over at the bar. The night ended with a fireworks display before the exhausted newlyweds “snuck off,” a source recently told Us Weekly exclusively. “They let themselves have a few drinks, then they were ready to get back for some rest. It got rowdier as the night went on.”