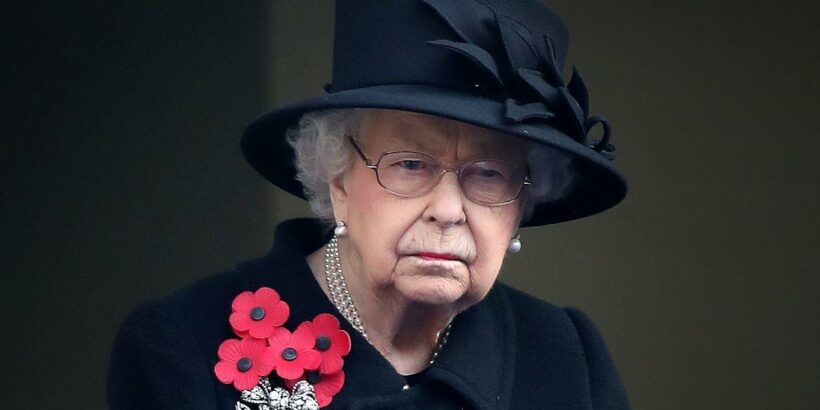 The ambassador was at Buckingham Palace, while the Queen took part in the video call from Windsor Castle.

In photographs taken of the virtual meet and greet, the Queen could be seen seated in her Oak Room sitting room wearing a teal blue dress with a black rounded neckline, and a large silver brooch.

This is the second virtual audience the Queen has held in recent weeks after virtually welcoming Gunn Kim, the ambassador from South Korea, in October.

The Queen also held a virtual audience with the ambassador from Switzerland, Markus Leitner, who was accompanied by his wife Nicole. This was the 95 year old monarch’sfirst royal engagement after her overnight stay in hospital.

The meeting was organised due to General Sir Nick announcing he is relinquishing his role as the Chief of Defence Staff at the end of this month.

In photographs of the pair chatting at Windsor Castle, the Queen was seen standing despite having suffered a sprain in her back at the weekend.

The Queen’s injury led to herhaving to pull out of her appearance at the Remembrance Sunday serviceat the Cenotaph.

A statement issued by Buckingham Palace on Sunday 14 November read: “The Queen, having sprained her back, has decided this morning with great regret that she will not be able to attend today's Remembrance Sunday Service at the Cenotaph. Her Majesty is disappointed that she will miss the service."

There have been ongoing health concerns about Her Majesty following her hospital admission last month.

In the wake of her hospital stay, doctors advised the Queen to rest.

It’s expected that the Queen won’t be taking on as many duties in the New Year in a bid to focus on her wellbeing asthose in charge of the monarch’s schedule have been told to take a “careful and cautious” approach.

For updates on the Royal Family, sign up to our daily newsletter here.