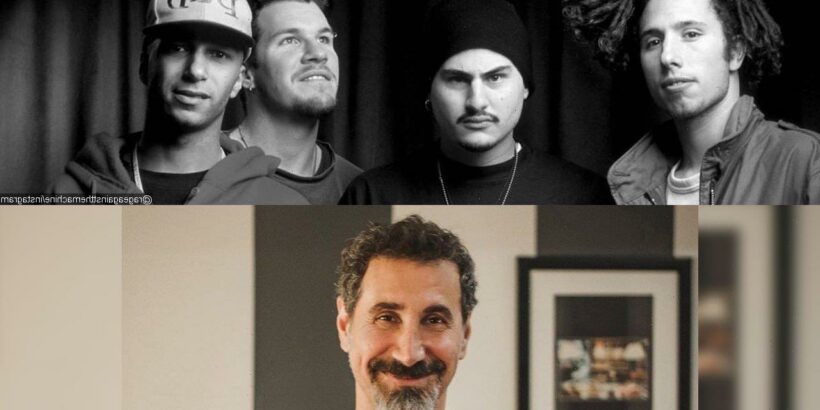 Along with Roger Waters, Patti Smith and hundreds of other artists, the rockers sign the Musicians for Palestine letter to express their support for the Palestinians amid their ongoing conflict with Israel.

AceShowbiz -Members of Rage Against The Machine, Serj Tankian, Roger Waters, and Patti Smith are among the 600 musicians who have signed an open letter urging artists to boycott performing in Israel until there is a “free Palestine”.

The Musicians for Palestine letter was also signed by the likes of Julian Casablancas, Questlove, Thurston Moore, Bun B, and Talib Kweli.

“As musicians, we cannot be silent,” the letter reads. “Today it is essential that we stand with Palestine. We are calling on our peers to publicly assert their solidarity with the Palestinian people. Complicity with Israeli war crimes is found in silence, and today silence is not an option.”

“Today, we speak together and demand justice, dignity and the right to self determination for the Palestinian people and all who are fighting colonial dispossession and violence across the planet.”

“We call for you to join us with your name in refusing to perform at Israel’s complicit cultural institutions, and by standing firm in your support of the Palestinian people and their human right to sovereignty and freedom. We believe this is crucial to one day live in a world without segregation and apartheid.”

Rage Against the Machine recently released a group statement about the ongoing conflict in Gaza. It read, “The violence and atrocities we are witnessing in Sheikh Jarrah, the Al Aqsa compound and Gaza are a continuation of decades of Israel’s brutal apartheid and violent occupation of Palestine. We stand with the Palestinian people as they resist this colonial terror in all its forms.”

The letter drops a week after another celebrity-heavy note, urging stars and influencers to stop spreading misinformation about the Israeli-Palestinian conflict.

Kiss star Gene Simmons, who was born in Israel, Michael Buble, Selma Blair, Emmanuelle Chriqui, and Diane Warren took part in the Creative Community For Peace initiative, calling on their peers to use their platforms to “combat misleading and one-sided accounts of the conflict in Israel and the Palestinian Territories”.