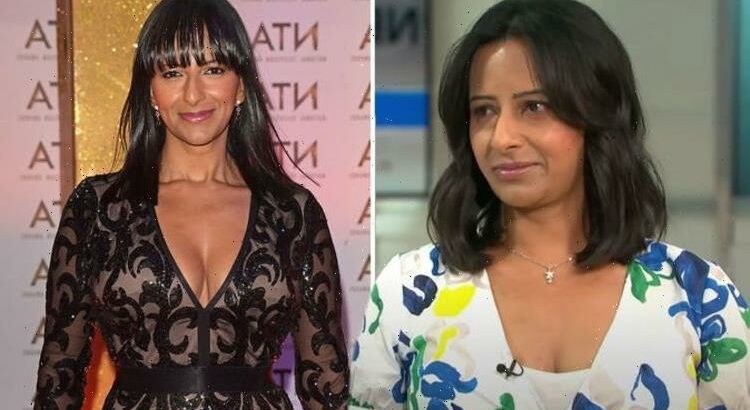 Ranvir Singh recalls worrying about not having children

Ranvir Singh is a single mum to her nine-year-old son Tushaan, who she shares with ex-husband Ranjeet Singh Dehal. The former couple are believed to have split up several years ago, however she only confirmed the news just before her stint on Strictly Come Dancing last year.

The Good Morning Britain said she often feels mum guilt and wished she could have more time with her son.

She revealed: “I struggle with an enormous amount of guilt with my son and not being there when he goes to school.

“We’re very attached to one another because it’s just me and him.”

The 43-year-old went on to say she sometimes gets “tearful” as she worries he’ll “hate” her for not always being there.

“I’m hoping in a few years when he goes to secondary school I’ll be able to make more selective decisions about work, so I can be there for him more,” she added to Woman and Home magazine.

Ranvir has never shared details about her split from her son’s dad as she prefers to keep it private.

“I’m not ruling it out, but for me, there would have to be a wider purpose for discussing it,” she added.

The presenter is currently single.

Last year, she was romantically linked to her dancer partner Giovanni Pernice on Strictly Come Dancing, but the pair laughed off such rumours.

The dancing duo sparked rumours after they grew close as friends on the show.

At one point, the dancer was seen kissing her on the forehead after their Viennese Waltz routine.

Shutting down the rumours, she told The Mirror: “We both find the idea that we might get hit by the curse very funny – he is a 30-year-old man!”

The curse is a term that refers to couples who have got together or split up after taking part in the BBC show.

Giovanni has since confirmed he is in a relationship with Love Island star Maura Higgins.

Back in February, Ranvir revealed the “non-negotiable” trait she’d love in a partner.

In response to a tweet from author and journalist Poorna Bell, she revealed she discovered “so late” that “emotional intelligence” is needed in a relationship.

The latter wrote: “It has taken 40 years for me to realise when it comes to a wish list of things I need from a partner, emotional intelligence must be in the non-negotiable top 3, and also realised how much angst I would’ve saved myself if I’d understood this sooner.Still better late than never.”

Agreeing with her, Ranvir wrote: “I hear you, sister.”

Ranvir fronts Eat, Shop, Save, which airs tonight at 7.30pm on Channel 4.