Spilling the tea. Raven Gates finally opened up about her feud with Rachel Lindsay — and she did not hold back.

Gates, 28, dished about the rivalry to fellow Bachelor alum Kaitlyn Bristowe during a taping of the “Off the Vine” podcast on Tuesday, November 19, admitting that she feels “just as shocked as everybody else.”

“I wish I had answers, but I don’t and I don’t know if I ever will,” Gates revealed. “I have been really saddened by the whole thing just because I really loved her. I guess I just have to put it to rest and it is what it is.” 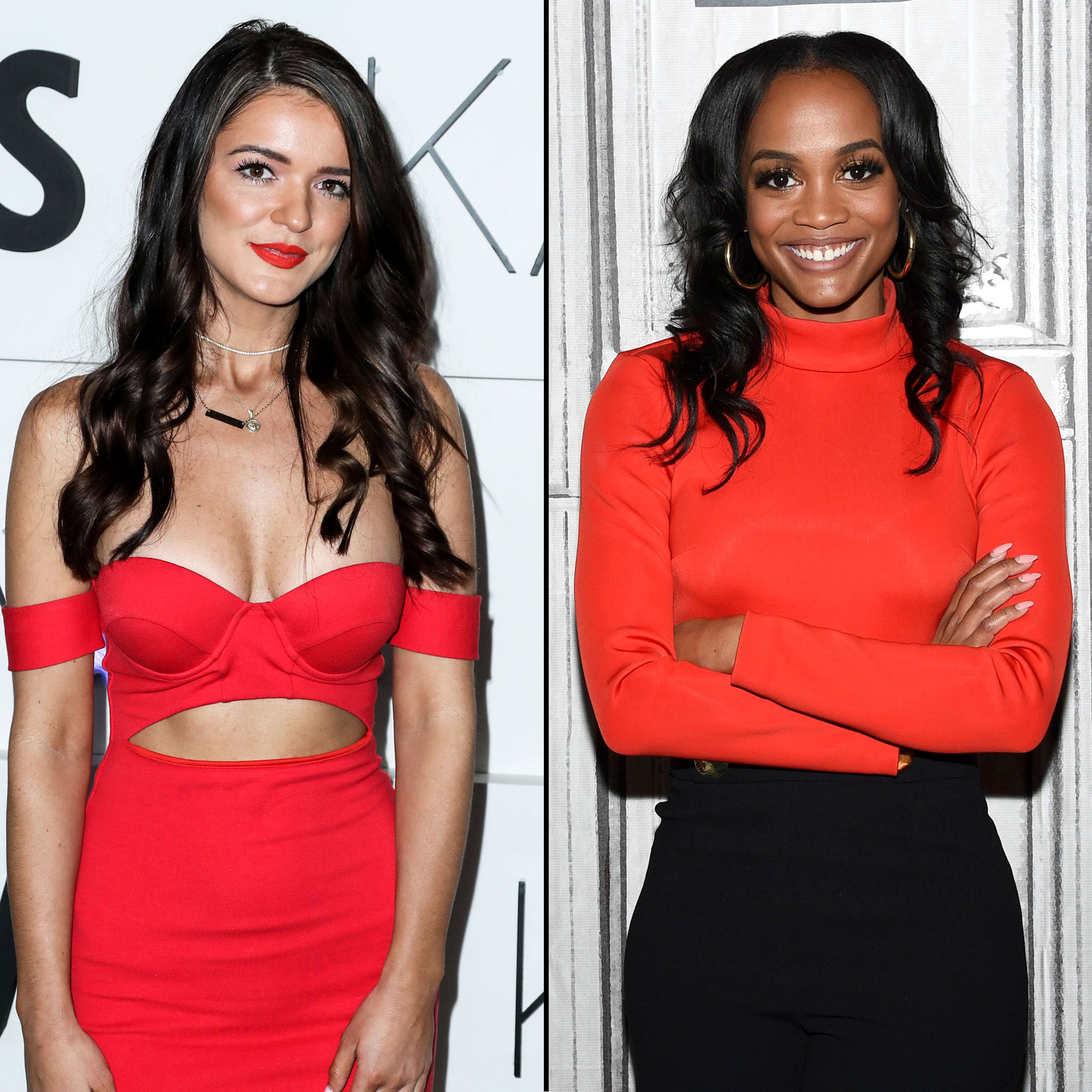 Lindsay, 34, and Gates met while filming season 21 of the ABC reality dating series, which aired in 2017. The two ladies made it all the way to the final three, but neither one ended up winning over that season’s Bachelor, Nick Viall. At the time, Lindsay and Gates were fast friends.

“My day one, my soul friend, my person!! Not only is she making history by being the first African American female to have a bachelor/ette lead BUT she is MORE than that!!” Gates gushed upon finding out that Lindsay had been cast as the Bachelorette for season 13 of the show.

But every rose has its thorn, as the women seem to have had a major falling out. The former Bachelorette hinted at a feud during an appearance on Watch What Happens Live With Andy Cohen in October.

“I can’t say. I promised I wouldn’t say,” Lindsay said at the time. “But it was enough for me to not want to be friends with her anymore.”

Though Bachelor Nation is eager to know what went down between the two women, they’re both doing their best to keep the specifics at bay. However, fans quickly noticed that Gates was missing from both Lindsay’s bachelorette party and her wedding to Bryan Abasolo this summer.

“I’m not going to say anything bad about her because that’s not in my heart or in my spirit,” Gates continued during the “Off the Vine” taping. “I wish her nothing but the best but I have loved her, I will always love her. … I also want it to be very clear that I have never done her wrong.”