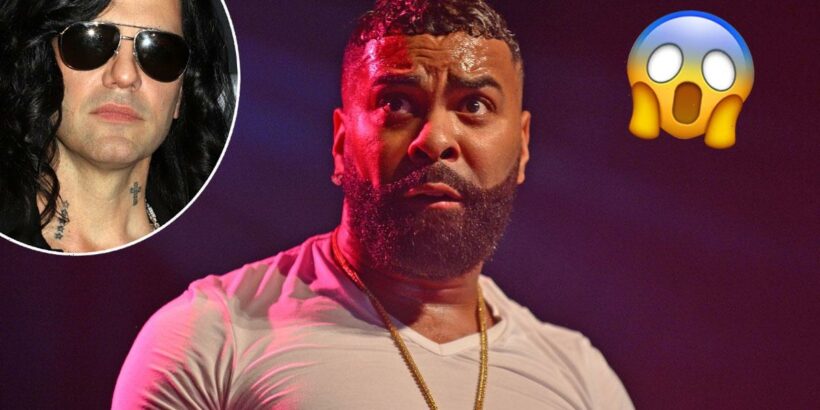 Magic is probably off the table for Ginuwine after a recent trick-gone-wrong, at least for a while.

The Pony singer found himself in some genuine danger earlier this week after attempting a stunt for magician Criss Angel in Las Vegas, which landed him in a pretty scary state. The trick, which was being filmed for the CW’s upcoming show Magic with the Stars, found the R&B legend, whose real name is Elgin Baylor Lumpkin, in a glass tank filled with water. Definitely not for the faint of heart.

In video footage obtained by DailyMail.com, you can see the the Pony performer, who was sporting all black and a pair of goggles, sitting fully submerged in the tank, surrounded by members of the production crew. He attempted to pull off the stunt for at least 10 seconds while holding his breath before becoming visibly panicked, banging on the insides of the glass walls, sending the message to the team that he was in danger. The crew, who were thankfully just feet away, immediately came to his rescue, opening the lid of the tank and pulling him up. He then sat on the edge for a moment, appearing pretty dazed, before having to be lifted out and placed flat on the ground.

According to the outlet, the 51-year-old ultimately lost consciousness and had to be carted off by paramedics. Lucky for him, he was later able to make a full recovery. An unnamed source explained:

“It all happened so fast, it was like he got tapped out in a fight.”

By the looks of the video, it really all did happen VERY fast — like in a matter of seconds. They continued:

“In the show he was trying to overcome his fear of being under water as he couldn’t hold his breath for longer than 15 seconds before trying the stunt out. Although he failed in rehearsals, he still went ahead with the stunt on the show and everyone was in tears.”

Now this is why it’s important to listen to your body… If he couldn’t pull off the stunt during rehearsals, what made him (and the production team) believe he’d be able to for the actual show? The whole thing just makes us So Anxious!

Not everyone has the same lack of fear as the magic man himself, but kudos to Ginuwine for trying… We’re just glad he’s OK! See the debut episode Magic with the Stars October 22! Reactions, Perezcious readers? Let us know in the comments (below).