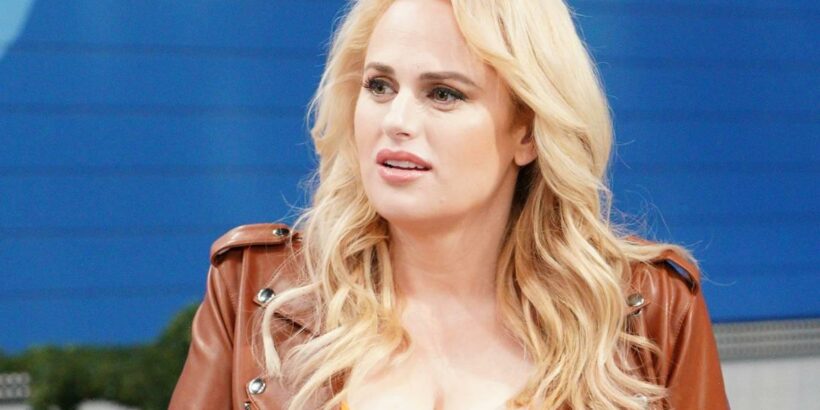 Rebel Wilson left her social media followers concerned for her wellbeing on Friday when she shared a heartfelt post on Instagram alongside a photo of herself.

The Pitch Perfect actress looked different than she did 18 months ago and her full face of makeup was in stark contrast to the natural look she normally sports.

MORE: Rebel Wilson sizzles in pink in her flirtiest outfit yet

Rebel was on the set of her new movie, Senior Year, in the image she posted, but her caption suggested she’d been dealt a difficult hand recently.

WATCH: Rebel Wilson works up a sweat in unexpected mesh outfit on set of her new movie

“Hey babe, you got this x,” she wrote to herself. “I know it’s hard right now, I know you’re trying to deal with stuff – but let’s keep getting up every day and CRUSH IT – work out, hydrate, fuel your body with quality food …show your brilliant brain and your big heart. Remember the vision. Love you.”

MORE: Rebel Wilson sunbathes in her underwear in unexpected selfie

Her fans rushed to check she was ok and wrote: “You do got this babe,” and, “hang in there! You got this…sending you positive vibes.” Others added: “People forget famous people have normal people struggles too. Lifting you up in thoughts as you crush it.”

Several more asked if Rebel was ok and many commented on her gorgeous photo.

Rebel has completely overhauled her mind and body after a transformative year of health.

SEE: Rebel Wilson’s fans are beside themselves after she rocks designer cycling shorts

She lost more than 65lbs and recently revealed that while at an Austrian health retreat, she discovered walking played a major role in getting her into shape.

Rebel has made her health a priority

“While there I learned that moderate — not even fast-paced — walking is the best way for me to lose unnecessary body fat,” she told Shape magazine. “The goal was never to be skinny. It was never to fit into a certain dress size. I put in a weight because I needed some tangible thing.”

Rebel continued: “What I’m proud of myself is doing that and having a lot more balance now in my life.”