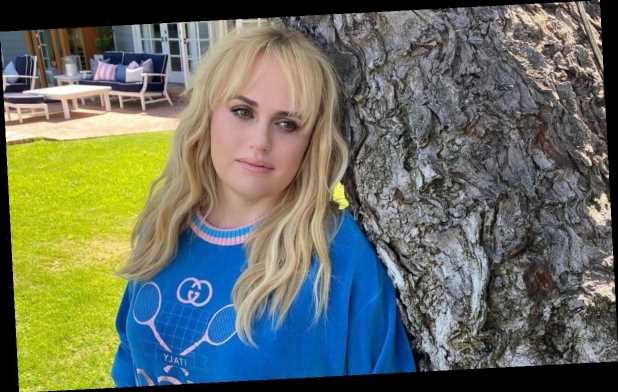 Rebel Wilson showcased a new look on Instagram on Tuesday but her photo had some fans worried.

The actress, 40, sported super-long locks in a snapshot taken from inside a plane and while her beachy, blonde hair bowled many of her followers over, there was something else which caught their eye.

Rebel looked lovely in the photo but admitted she was feeling more than a little weary.

She captioned it: “But on the inside,” along with three tired face emojis, suggesting her appearance was one thing, while her feelings were another.

The Pitch Perfect star was called “gorgeous,” and “beautiful” by her followers, but some were concerned.

“You look beautiful, but your eyes look sad, hope it changes soon. You are a great example of strength beauty and sunny character so don’t give up,” wrote one, while another said: “Your eyes give you away, look tired. But you’re an inspiration for a lot of people. Keep that inner fire burning.”

Rebel’s fans were concerned about her

In a previous Instagram post, Rebel revealed she’s been feeling a little “rough” due to a number of reasons.

Her recent admissions surrounding a kidnapping and sexual harassment are likely the source of her angst.

Rebel made the confessions during her Straight Talking TV series with Ant Middleton.

“There was one time in Africa where I got kidnapped. It was in rural Mozambique,” she recounted.

MORE: Rebel Wilson stuns in leather leggings as she poses inside her lavish home

“We were on this cattle truck and these men came on another truck with a lot of guns. [They pulled up] with the big guns and they were like, ‘Yeah, you’ve got to get off your truck.'”

The men took Rebel and some other women “to a house in the middle of nowhere,” where she was held until the next day.

Fortunately, Rebel escaped physically unscathed and called herself “lucky” for being let go.

MORE: All the photos inside Rebel Wilson’s Hollywood Hills home

SEE: Rebel Wilson’s throwback childhood photo has to be seen to be believed

Rebel overhauled her health in 2020

She also revealed to Ant her horrific experiences of sexual harassment in Hollywood at the hands of a male co-star and a director.

Rebel took to social media after her confessions and thanked her loved ones for their support.

The actress has been branded an inspiration for overhauling her health in 2020 and losing 65lbs.