The 33-year-old is accused of attacking five men in ‘unprovoked circumstances’ beginning on May 2 and culminating on May 8.

AceShowbiz –
Redmond O’Neal has been charged with a new series of offences, including attempted murder.

The son of Farrah Fawcett and Ryan O’Neal son Redmond O’Neal is currently in jail after being arrested for an alleged armed robbery, and on Friday, June 08, was charged with a long list of offences. 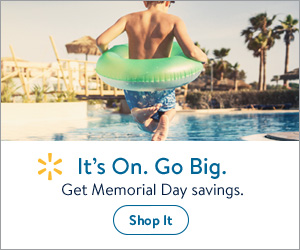 In what police have described as “a violent crime spree”, the 33-year-old is accused of attacking five men in “unprovoked circumstances” beginning on 2 May and culminating on 8 May, when he was arrested for allegedly robbing a 7-Eleven store in Venice, California.

According to a statement from police, O’Neal was responsible for all of the attacks as he matches witnesses’ descriptions and security footage of a red-headed male with distinct facial tattoos.

Two of the men were seriously injured, police added.

O’Neal allegedly punched a man before trying to stab him with a broken bottle on 2 May, leaving the victim with minor injuries to his face. The next day, the troubled former star reportedly attacked another man outside a convenience store, before throwing him to the ground.

On 4 May, police allege that a man fitting O’Neal’s description stabbed a man in the back on Venice Beach Boardwalk, and later severely attacked another man in a Venice street, leaving him with “serious stab wounds and cuts to his face, neck, and upper body.”

And on 8 May, he allegedly threatened a coffee shop employee with a knife. Later that same day, he was arrested by police at the 7-Eleven store in Venice.

On Friday, O’Neal’s lawyer appeared in court on his behalf on charges related to the alleged robbery, and was denied bail by a judge.

The troubled star has yet to enter a new plea in relation to the charges, People reports.