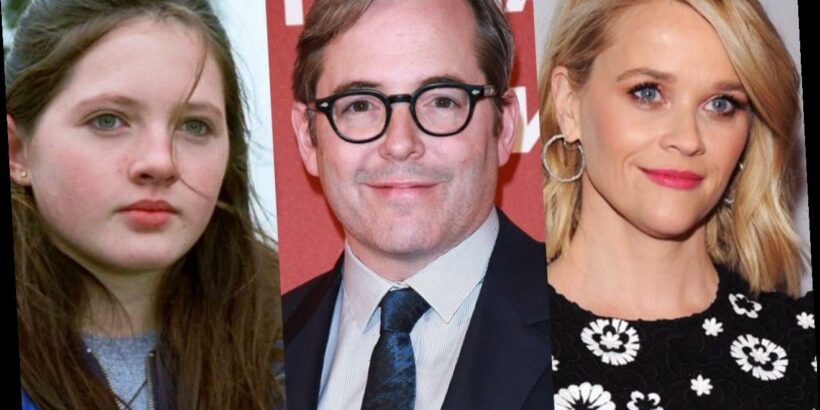 The former actress, who became a naturopathic physician following her retirement from acting, died on December 29 at the age of 38 in Portland, Oregon, leaving behind a 10-year-old son.

AceShowbiz –Reese Witherspoon and Matthew Broderick are saddened by Jessica Campbell‘s passing. Upon learning their former co-star had died suddenly at the age of 38, the “Election” actress and actor were quick to express their heartbreak over the sudden loss.

The 44-year-old beauty took to Twitter on Wednesday, January 13 to send her condolences. “So heart broken to hear this. Working with Jessica on ‘Election’ was such a pleasure. I’m sending all my love to Jessica’s family and loved ones,” she wrote alongside an article about Jessica’s death.

Matthew, on the other hand, gave his statement to The Hollywood Reporter. “When I think of Jessica I remember a shy, incredibly sweet, very pink-cheeked teenager who liked to discuss with me what is best to order at Applebee’s,” he recalled. “She was very dear and an extremely good actor. Heartbreaking news. My deepest sympathy to her son and the rest of her family.”

Also offering tribute for Jessica was another former co-star Chris Klein. He tweeted, “I am Shocked and Saddened to receive this news. My thoughts and prayers are with Jessica and her Family. ‘Election’ was the first one for both of us. I will be forever grateful for the experiences we shared on that journey.”

Filmmaker and producer Judd Apatow, who worked with the late star on “Freaks and Geeks“, additionally gave his own tribute via Twitter. “Some of my favorite memories of making ‘Freaks and Geeks’ are of watching Jessica Campbell and [Seth Rogen] figure their relationship out in improvisations. Jessica was so funny and an amazing, thoughtful actress. What a terrible loss,” he penned.

Jessica, who became a naturopathic physician following her retirement from acting, died on December 29 at the age of 38 in Portland, Oregon. Confirming her death was her cousin Sarah Wessling. Sarah told TMZ that Jessica collapsed in the bathroom of her mother’s home after seeing patients at her practice.

Jessica was reportedly unable to be revived. Her cause of death has yet to be determined. However, she was said to have been complaining of congestion and felt like she was getting a cold before she found dead.

In the wake of Jessica’s death, Sarah created a GoFundMe page dedicated for her cousin’s funeral and for her 10-year-old son, Oliver. The fundraising has since received more than $29,000 donations, passing its original goal of $20,000.