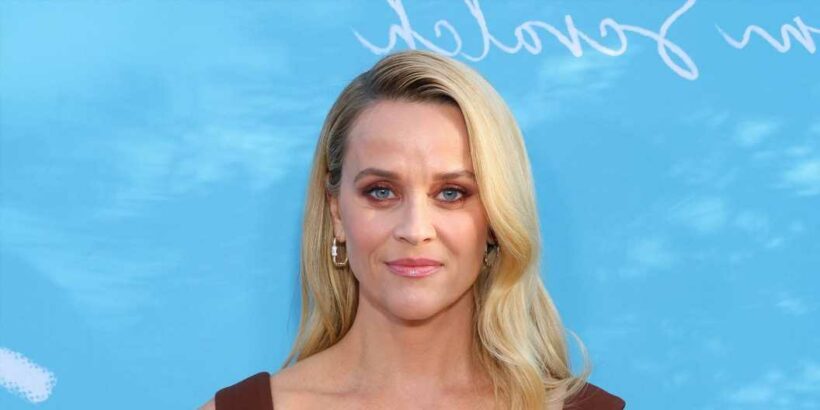 Reese Witherspoon was out and about on Monday night to promote Netflix’s new series, From Scratch.

Reese, who is the executive producer, walked the red carpet in for a special screening at Netflix Tudum Theater. For the event, the Morning Show star wore a super figure-hugging brown midi-dress. The sweetheart neckline featured a sheer panel down the middle to add a bit of drama. Reese completed her outfit with matching brown heels and a white clutch purse.

Her makeup also complemented her dress choice. Reese wore brown eye shadow which created a striking contrast with her blue eyes. She parted her soft-waved hair on the side.

Reese wasn’t the only one to stun on the red carpet. The star of the series, Zoe Saldaña, also looked incredible in a strapless brown leather dress. Zoe stars with Eugenio Mastrandre in From Scratch, which is based on the book of the same name.

In the show, Zoe’s character travels from America to Italy to find inspiration as an artist. There, she meets Eugenio’s character, who is a chef, and they fall in love. But like all good romance, things don’t go as easy as they expected when they fuse their lives together.

“We haven’t seen a modern romance that’s a true story like this in quite some time, so it’s really beautiful to see Zoe Saldaña — who actually has married an Italian man and speaks Italian on film — to watch that love story happen and know that it is so deeply personal to her,” Reese told Variety.

We can’t wait to watch!