The 19-year-old model was reportedly ‘fed up’ of the 35-year-old restaurateur’s ‘toxic’ behavior and was ‘heavily influenced’ by her father to break it off.

AceShowbiz –
As everyone would’ve guessed, no one can stand Scott Disick‘s cheating habit. After a picture emerged of the father of three getting cozy with a mystery woman at Kanye West‘s album listening party in Wyoming on Thursday, May 31, Sofia Richie reportedly called it quits with her boyfriend.

And now it’s reported that Sofia’s father Lionel Richie played a major role in her decision. “Sofia was fed up and heavily influenced by friends and family, especially Lionel, to break it off,” a source tells E! News. “Lionel has warned Sofia to get out while she can and move on.” The “Hello” singer had several times hinted that he didn’t support his daughter’s relationship with the 35-year-old reality TV star. 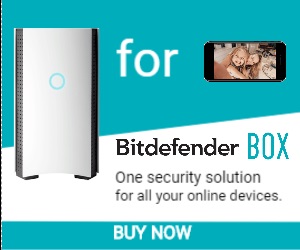 But her father was not the only which influenced her to make the decision. The 19-year-old model was reportedly “fed up” of Scott’s “toxic behavior,” which showed up even before he allegedly cheated on her at Kanye’s listening party.

“Sofia broke up with Scott after the pictures and rumors of his behavior in Wyoming were floating around,” the source reveals. “She couldn’t take it anymore. Scott has been off the rails recently and is not in a good place. He goes in waves of partying really hard and then will have his good days and it’s just very toxic behavior. It’s very up and down.”

The source adds that Scott “has been drinking a lot” lately. Another source says that Sofia felt she had no choice but to break up with Scott, as “she couldn’t stand for being cheated on and being in such a toxic relationship.”

The second source claims that Scott appears to be “unfazed by her decision,” but his ex Kourtney Kardashian fears her baby daddy, who has battled substance abuse in the past, will “spiral out of control immediately without Sofia around.” Still, Kourtney feels “like it can’t be her problem right now. He took her for granted and she can see that.”

Meanwhile, the other source thinks that the pair may reunite soon as Sofia “really loves Scott.”