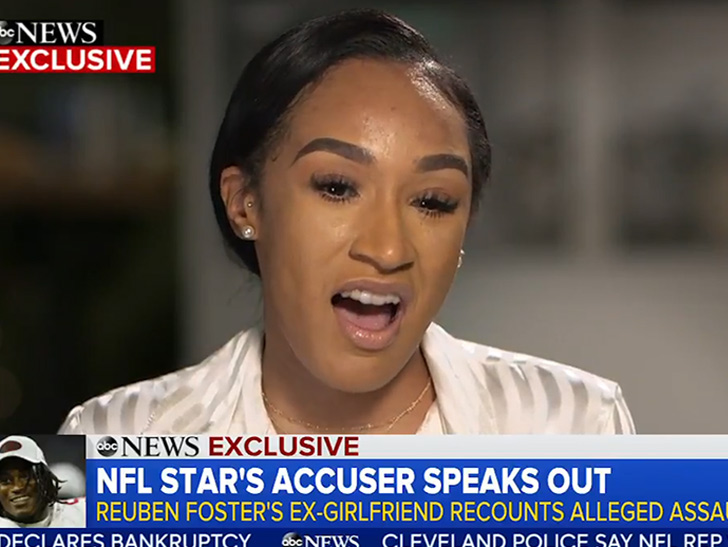 The woman who claims she was attacked by NFL star Reuben Foster says reps from the 49ers tried to undermine her credibility with police during the investigation … telling cops she had lied about domestic violence in the past.

Elissa Ennis appeared on “Good Morning America” Thursday where she accused Foster of roughing her up on 3 separate occasions … including the Nov. 24 incident at a team hotel in Tampa, Florida.

As we previously reported, Ennis called 911 and told the operator Foster had slapped her and roughed her up during a dispute. He’s since been charged with 1 count of misdemeanor domestic violence. She revealed the injury photos during the interview with ‘GMA.’ 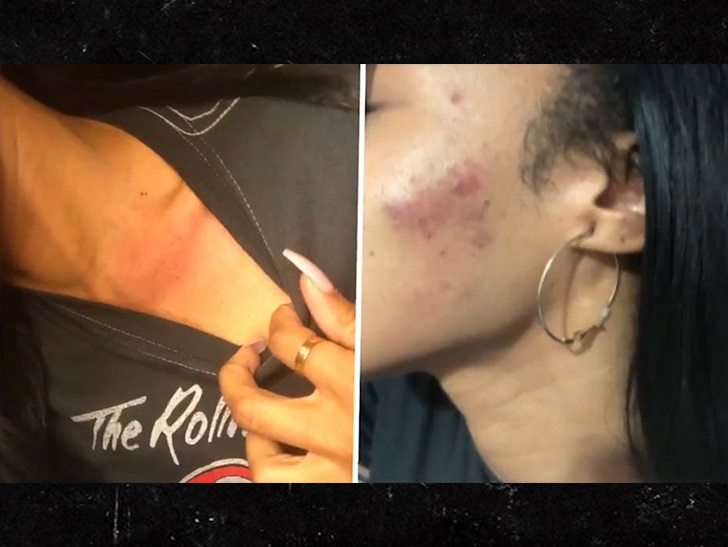 Ennis told ‘GMA’ they had been arguing because she threatened to tell his new girlfriend that he paid for her flight out to Florida to see him.

“Even when I called the police, the 49ers came up there,” Ennis said … “I have pictures of the 49ers coming up there trying to talk to the police telling them I’m the same ex-girlfriend that set up there and lied.”

The 49ers have not commented on Ennis’ claims.

She’s referring to the previous domestic violence allegations she made against Foster back in February — when she told officials Foster beat the daylights out of her in their California home … but later recanted her story and told a judge she made the whole thing up.

Now, Ennis admits she lied in court to protect Foster — saying, “I did what I had to do for the person I love. I thought that he would change, anybody in my position would do the same thing.”

Foster was cut by the 49ers — but later picked up by the Washington Redskins and Ennis claims she was “shocked” another NFL team would take a chance on such a bad guy.

Ennis says she’s now getting help and realizes her relationship with Foster was destructive and “not love.”