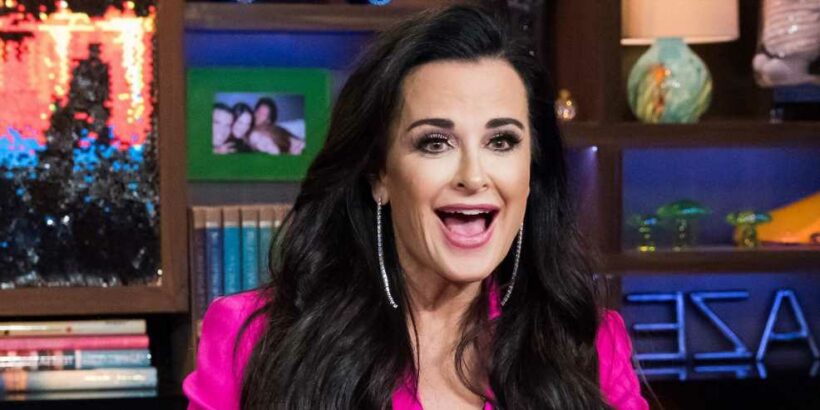 Real Housewives of Beverly Hills star Kyle Richards and her husband Mauricio Umansky just got even richer. According to TMZ, the couple recently sold their Bel-Air mansion for a whopping $6.1 million—and it happens to be equipped with a pool, a “sports court,” a spa, a theater, and 9 casual bathrooms. Why a person needs so many bathrooms is beyond me, but moving on!

Kyle and Mauricio have owned the house (which has been featured on RHOBH) since 2011, when they bought it for $3 million. Meaning, they’ve made a $3 million profit—though they did sink some renovation money into it. Kyle previously told Bravo that she wouldn’t leave because of her dogs, saying “There was one point after our house was burglarized that I thought, you know, I may have to sell the house, but then I look at my dogs and I see how much they love this house, and I think I could never leave. They’re so happy, and it makes me so happy sitting out here in the morning having my coffee on my porch in my rocking chair watching my dogs.” Fair enough.

Anyway, while we’re on the subject of how much money these two have, Kyle reportedly has a causal net worth of $100 million, while Mauricio (who is a massively successful real estate agent) also has a net worth of $100 million. Though, obviously they’re now $6 million richer! To break that down further, Kyle makes about $270,000 per season of Real Housewives and Mauricio sells over $150 million in property on every every year.

Feel free to spiral into a fit of jealousy, etc.