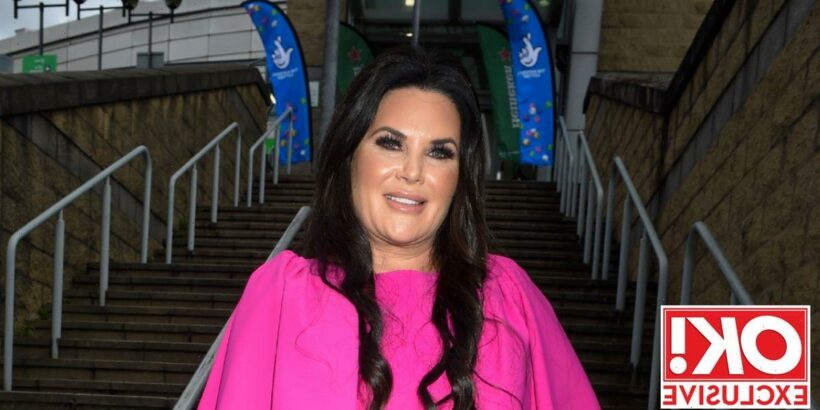 Nicole Sealey has opened up on season 15 of The Real Housewives of Cheshire, but confessed this may be her very last time on the programme.

The 47 year old, who was recently spotted on the red carpet with her husband after ditching her blonde hair to be a brunette, spoke out about the upcoming season in an exclusive interview with OK! Online, dishing out all the details on the dynamics after a host of new faces joined the cast.

After fan-favourites Dawn Ward and Tanya Bardsley made their exits along with Esther Dee, Debbie Davies and Lauren Brown, show producers had no choice but to find new stars to take their places – and it's not been without drama.

"I think the dynamics and I think that the way that we're shooting this season is different because it's letting it flow more," Nicole told OK! "Without the restrictions with Covid, we really noticed in that as well, because the last couple of seasons have been in Covid.

"The dynamics have changed and I think that's a good thing because it's evolving. Otherwise, I think you'll find that it's becoming boring."

Speaking about what she thinks of the newcomers, she cautiously shared: "I would like to reserve judgement, but they seem fine so far. Time will tell.

"I think there's a little bit of drama, but actually mixed in with quite a bit of fun as well."

While filming the 15th series of the programme has been a blast for Nicole, the star shared that it's been quite "heavy" alongside her upcoming TV documentary on menopause.

"I wasn't going to come back for this one," she revealed, before insisting: "Not because of anything too negative, just purely because I am super busy.

"I do obviously have businesses that I run, and it is quite time consuming. I didn't know if I'd given what I had for it. Because whatever I do it, I like to give it 100 per cent. So I had actually said I wasn't coming back."

Nicole said she eventually decided to return for one more season it was a condition for her to be able to do the documentary. She explained: "Production had asked if I was interested in doing the menopause documentary, which obviously was when my husband kind of outed me on his TikTok that I'm menopausal.

"They asked if I'd meet with Emma, the producer for the menopause documentary. and then to make a decision on whether i would come back to Real Housewives. Because if I was going to do one, I had to do both.

"So I said, 'Okay, I'll sign for one more.' Which I've made one more. And it's actually been really good."

When asked if this is her very last season, she couldn't be sure as she shared: "Well, never say never. I don't know. I normally do like two at a time, but I only signed up for one. I think it depends on the season, and where I'm at with other things in my life at that point. So yeah, I won't make that decision yet.

For all your updates on Nicole Sealey and the rest of the RHOC cast, sign up to our daily OK! newsletter.