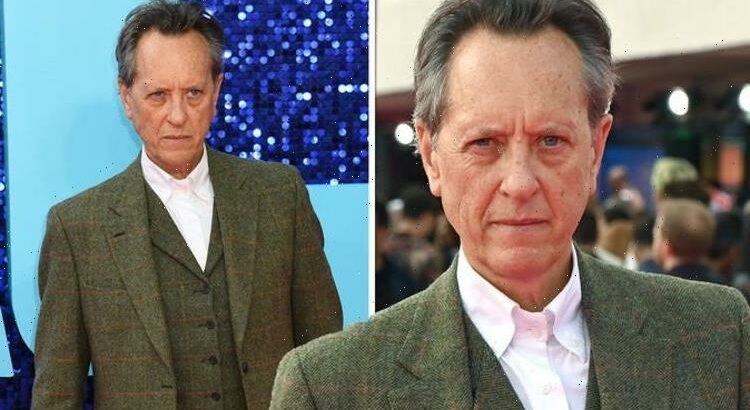 Richard E Grant, 64, attended the premiere of Everybody’s Talking About Jamie this evening, just over a week on from his wife’s death. The actor vowed earlier tonight he would be attending the event “in her honour” in a poignant post.

Richard shared the news his wife of 35 years, Joan Washington, had died on Friday, September 3.

Joan was a vocal coach and the pair shared daughter Olivia together.

Earlier this evening, the actor shared a poignant post about the premiere of his latest film.

He posted a video of his wife had taken of him dancing in heels while preparing for the role.

Alongside this, he penned: “1st attempt in 6”heels with instructions & notes from my beloved late wife Joan who coached my Sheffield accent to play ‘Loco Channelle’ in ⁦@JamieMovie.(sic)

“Way beyond my comfort zone!

“Attending the Premiere tonight with our daughter ⁦@OliviaGranted⁩ in her honour.”

Richard was later pictured at the event which took place at the Royal Festival Hall in London.

He posed on the red carpet in a suit before heading into the screening.

Over the weekend, the actor shared that his wife had died from lung cancer.

She had been diagnosed at stage-four eight months before her death.

He shared the news in a touching piece in the Daily Mail.

Writing about their life together, he shared: “It’s an extraordinary phenomenon to be truly ‘seen’ and ‘known’ by another human, and in Joan, I found someone who innately did both.

“To have loved one another for almost four decades has been the ride of my lifetime.”

He went on to add: “Since her stage four lung cancer diagnosis two days before Christmas, she was accepting, clear sighted, sanguine and totally without self pity.”

The actor also praised the oncology team at the Royal Marsden Hospital.

Richard had shared the news of her death with family and friends on Twitter.

He posted a video of him and Joan dancing to Only You.

Alongside it, he wrote: “ONLY YOU!

“Joan – Love of my Life & Giver of Life to our daughter Olivia.

“Our hearts are broken with the loss of your Life last night. 35 years married & 38 together.

“To be truly known and seen by you, is your immeasurable gift. Do not forget us, sweet Monkee-mine.”