Richard Osman, 48, made Eurovision Song Contest viewers chuckle when he brought up an unexpected Line of Duty reference while watching Russia perform in the 2019 Grand Final. After spotting similarities between the dramatic BBC series’s theme song and finalist Sergey Lazarev’s single Scream, the Pointless host took the opportunity to share the comparison with his 784,000 Twitter followers. He quipped: “This Russian song is based on the ‘Line Of Duty’ theme tune #EurovisionSongContest.” Richard’s fans quickly took to the comments section to join in on the joke.

One wrote: “This song sums up how Hastings felt the whole last season.”

Another added: “With the lyric, we as humans wear horses on our heads. As easy to follow as Line of Duty!”

A third suggested: “They should have got H to sing it for them!”

Earlier this evening, the game show star pointed out another striking similarity from the contest in Tel Aviv.

Commenting on Eurovision presenter Erez Tal, 57, Richard tweeted: “I bet the host in the glasses is me on the Israeli Pointless. #Eurovision.” 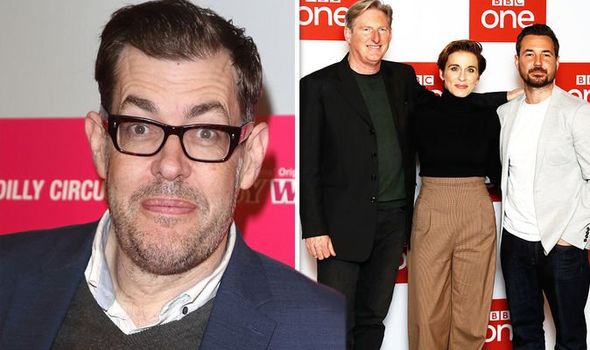 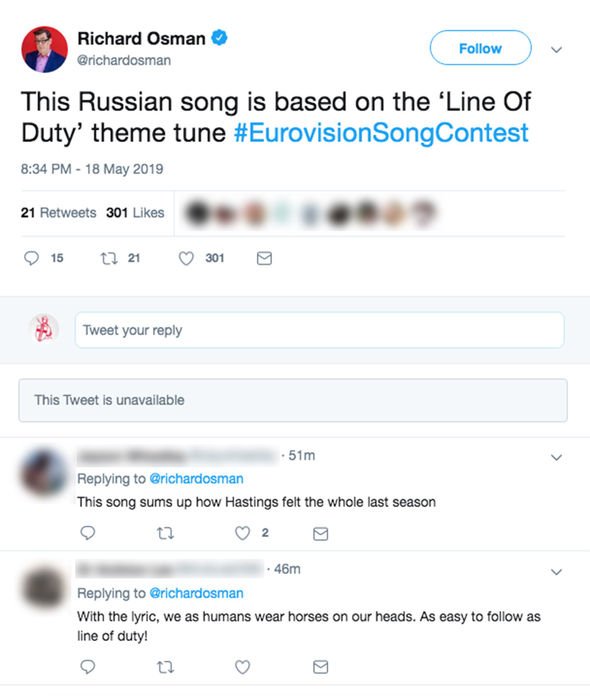 Richard’s resemblance to the Israeli TV personality was met with much excitement from his fans, with some expressing their wishes for the Pointless favourite to take on a hosting role in next year’s Eurovision Song Contest.

One responded: “I really want us to win now so you can host next year, ideally with Sam Fox.”

Another admirer added: “You should be doing the commentary on this big fella.”

Others chose to instead air their views about Richard’s lookalike, with one fan replying: “I’m sure he’s not quite as witty!” 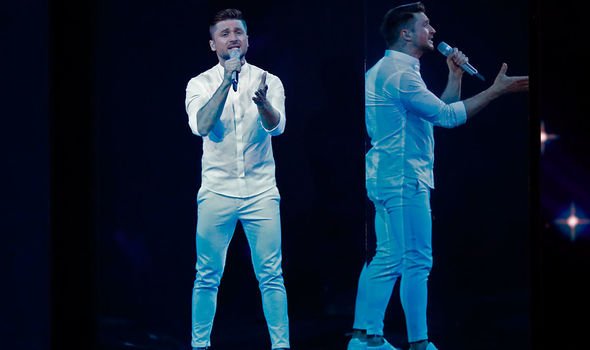 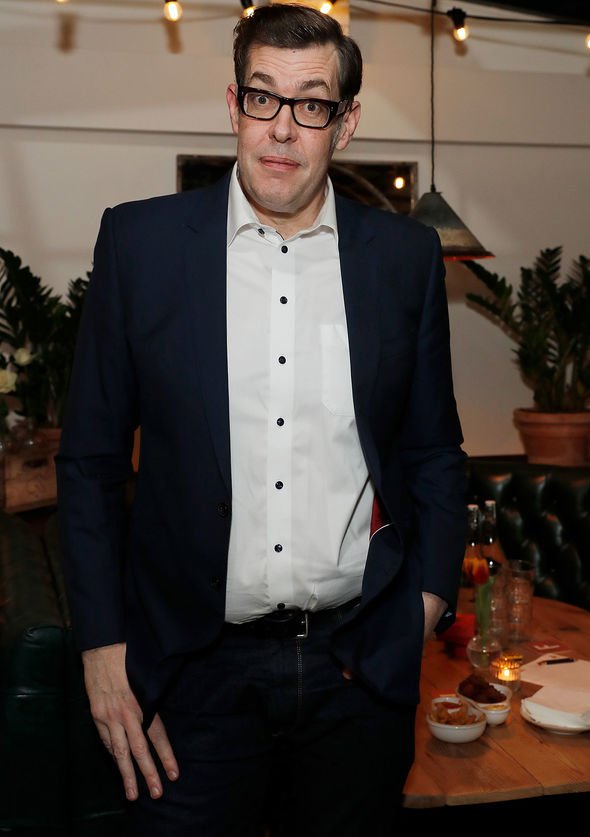 Elsewhere, Richard was recently forced to express regret over one of his tweets on the social media platform, as the witty star was corrected by an eagle-eyed fan.

An error was brought to the star’s attention after he posted a snap of a deserted studio with the caption: “Maybe I’m weird, but I always find an empty TV studio very beautiful.”

In response, one of the presenter’s followers wrote: “Maybe I’m weird but the word ‘very’ is almost always redundant.”

After noticing the critique, Richard humbly replied: “Agreed, I have let myself down, badly.”

The Eurovision Song Contest Grand Final airs tonight at 8pm on BBC One.