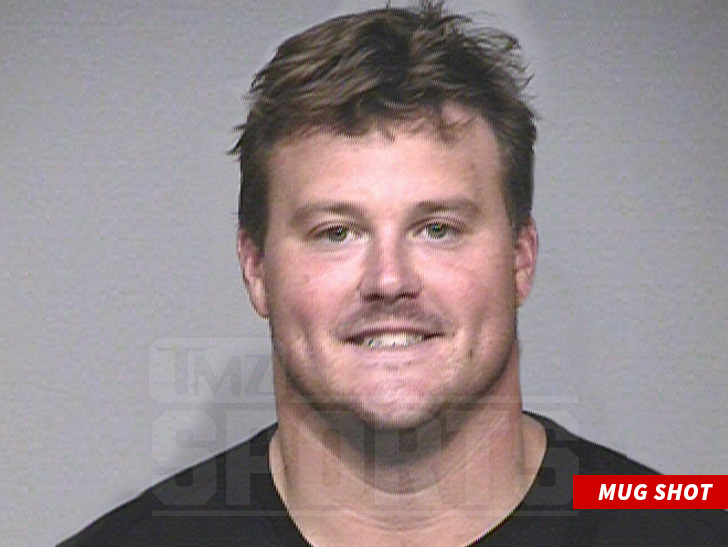 Ex-NFL star Richie Incognito was arrested in Arizona on Monday after allegedly going berserk in a funeral home following the death of his father … TMZ Sports has learned.

We’re told … the 35-year-old offensive lineman was talking with staffers at the funeral home when he suddenly exploded and began yelling at various people.

Sources say Incognito allegedly told people he had guns in his Ford Raptor and would shoot people. We’re told he also threatened to damage property at the funeral home.

TMZ Sports obtained the emergency dispatch audio in which you can hear the operator say Richie was “mad at employees and wants to kill someone.”

Cops were called to the scene to respond to an “out of control” Incognito. He was ultimately arrested for disorderly conduct and taken to a nearby station where he was booked and posed for a mug shot.

We’re told cops got a search warrant on the Ford — and did find guns inside the vehicle. The vehicle and the weapons were impounded.

We’re told he’s still in custody at the time of this post.

Incognito had tweeted that his father passed away over the weekend. Richie had been in Arizona to move out of his longtime home.

As we previously reported, Incognito was taken into custody at a gym in Florida back in May after he allegedly attacked another patron while cussing the guy out.

Cops said Incognito appeared to be in an “altered paranoid state” during the incident. He was placed on an involuntary psychiatric hold. He was released a few days later.

Incognito had announced he had retired from pro football after the 2017 season — but told TMZ Sports he was open to signing with a team in 2018 if the money was right.

We’ve reached out to Richie and his attorney for comment — so far, no word back.

Incognito was a helluva player during his 13 seasons in the NFL — making the Pro Bowl 4 times and reportedly earning more than $25 million dollars in contract money.

Incognito was infamously linked to the Miami Dolphins bullying scandal back in 2013 — when he was suspended for misconduct for hazing teammate Jonathan Martin.

Years later, Martin threatened Incognito on social media — and was apprehended by police a short time later. Cops found guns and knives on Martin at the time of his arrest.

Incognito told TMZ Sports he had no hard feelings for Martin and was praying for him.