Does Brielle Biermann’s ex-boyfriend have a new love? Riverdale star Vanessa Morgan and Michael Kopech appear to be dating.

“Picnics + him,” the 26-year-old CW star recently captioned a photo of Kopech, 22, on her Instagram Story, adding a red heart emoji and a heart eyes emoji. 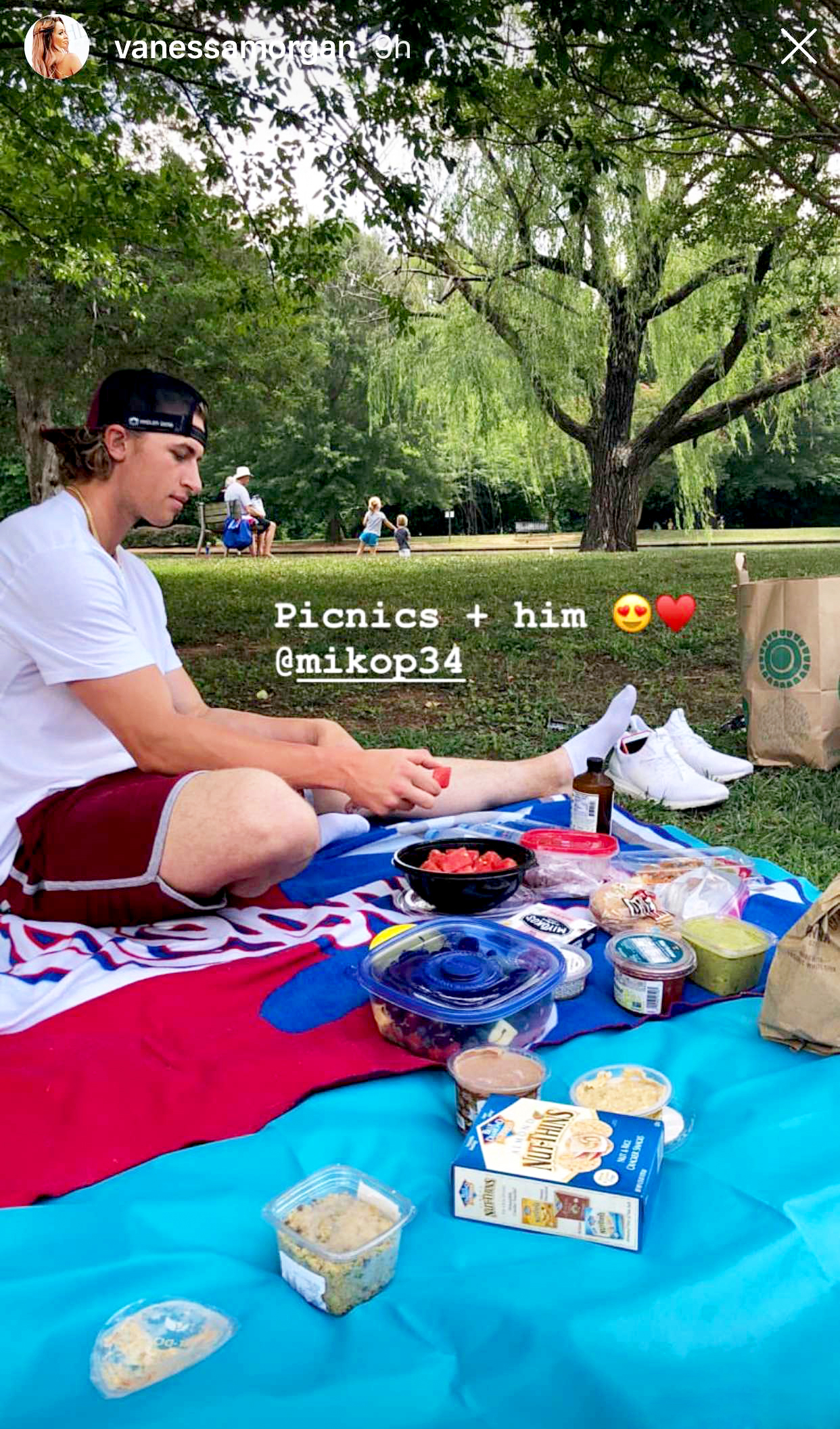 Kopech, a minor league pitcher, is currently a part of the Chicago White Sox organization. Morgan recently shared a series of pictures at a Charlotte Knights baseball game, the Triple-A affiliate of the White Sox.

“lol me trying to pretend I understand  the rules of baseball @KnightsBaseball,” Morgan tweeted on June 24 from the stands.

Us Weekly exclusively revealed in March that Kopech and the 21-year-old Don’t Be Tardy star had called it quits after two years of dating.

“Brielle was having a difficult time with the distance, both of them wanted to see more of each other but with his baseball schedule and her shooting schedule and everything going on with the show in Atlanta, they just couldn’t seem to make it work anymore,” a source told Us at the time. “They both wish each other the best and ended things amicably.”

Kim Zolciak’s eldest daughter confirmed the split on March 15. “It is true. We have a lot going on right now we decided it would be for the best. What’s meant to be will always be,” Biermann wrote in a since-deleted tweet, adding a heart emoji.

Morgan, meanwhile, joined the cast of Riverdale as Toni Topaz during season 2. It was announced in May that the actress has been promoted to a series regular ahead of season 3.

Riverdale returns to The CW on Wednesday, October 10, at 8 p.m. ET.