How will Meghan Markle handler her new royal lifestyle? Rob Schneider has the answer. The Real Rob actor stopped by Us Weekly to play a game of “Celebrity Advice” and had surprising advice for the former Suits actress. Watch the video above to hear what he had to say!

The comedian, 54, who has starred in numerous box office hits such as The Waterboy and 50 First Dates, is no stranger to fame. So when he was asked how to block everyone out, he replied without hesitation: “Travel to places where you’re not famous, like the moon.” 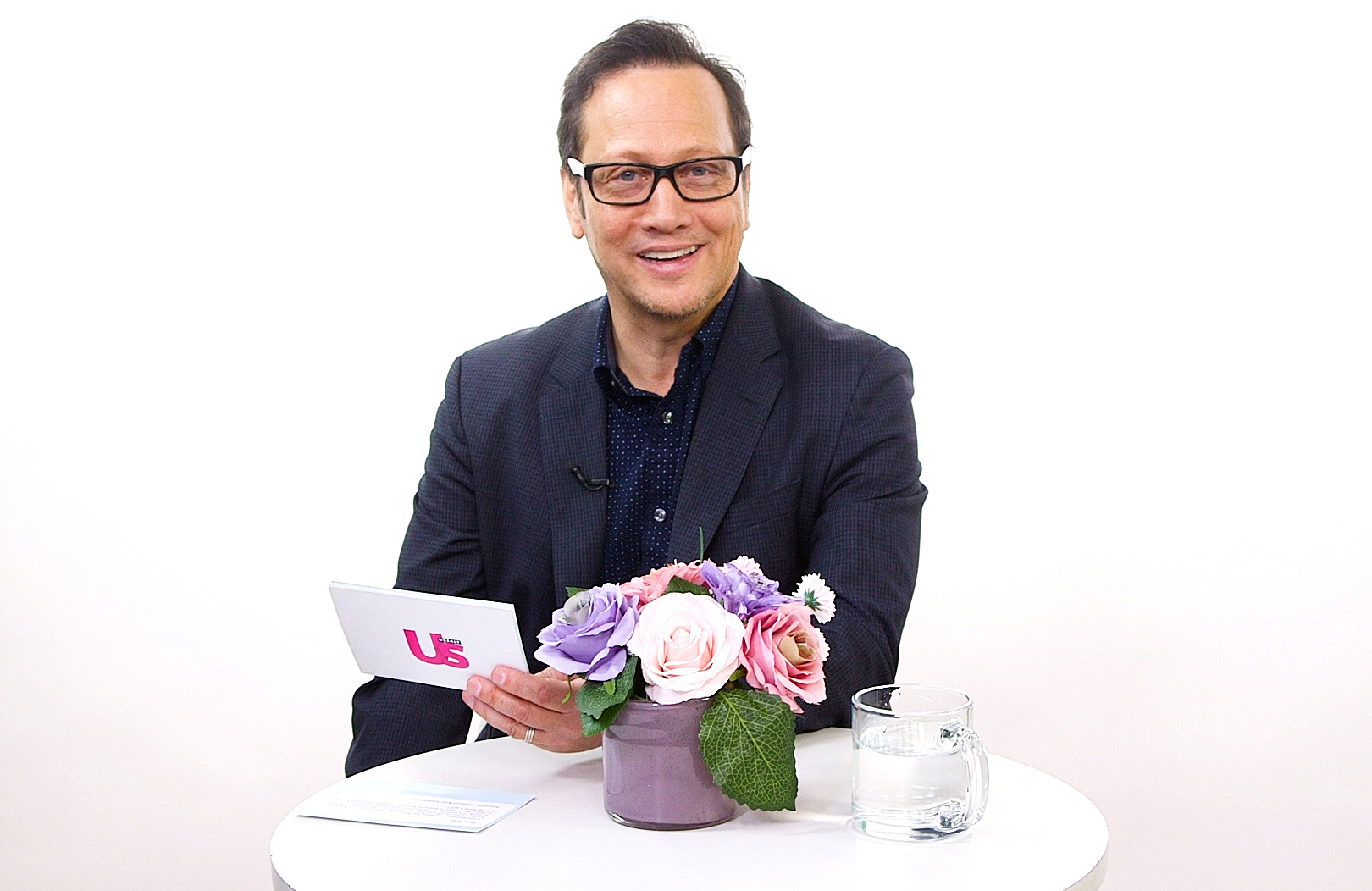 Besides taking an excursion to space, he also recommended that she wears a disguise when she has to go outside the palace. “Do what Michael Jackson did,” the comic said, with a straight face. “Wear a weird mask.”

Above all else though, Schneider thinks Prince Harry’s bride-to-be should count her blessings. “Miss Princess Markle … you should be grateful that this isn’t the 1930s where your prince would have to leave the royal family and move to Portugal like King Edward had to do,” he explained. “God bless the royal family for embracing an American. How great is that?”

He added: “You’re gonna be cursed with the paparazzi for the rest of your life, but luckily, there’s a lot of rooms in the palace you can hang out with, and just ignore things. But also just go with it.”

Markle, of course, was already well-known for her role as Rachael Zane on the hit show Suits before she dated Prince Harry, but the actress announced earlier this year that she is putting her acting career behind her: “I think what’s been so exciting [transitioning] out of my career and into, as you said, the causes I can focus even more energy on, very early out of the gate, [is that you] have a voice that people listen to, a lot of responsibility.”

For more fun with Schneider, watch the video above to hear what advice he has for Kate Middleton, Melania Trump and more.

Season 2 of Real Rob is streaming on Netflix now.