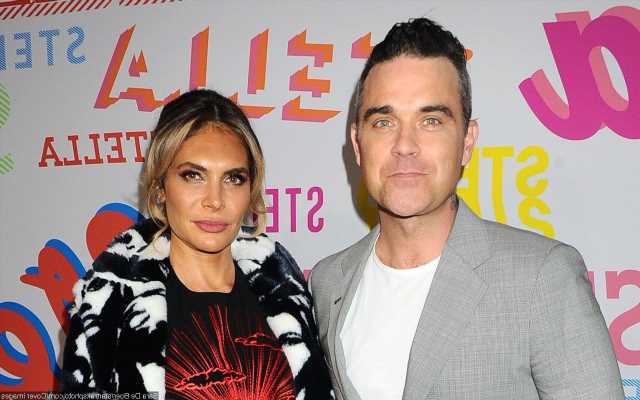 According to his wife Ayda Field, ‘there’s something’ in the 48-year-old British singer’s brain space that makes him want to distract himself from so ‘deeply.’

AceShowbiz –Robbie Williams‘ wife says he goes into “obsessive-compulsive creation modes” to drown out his thoughts. Ayda Field, who has four children with the singer, 48, also said he would be clueless about how to spend his day if he wasn’t creating.

43-year-old Ayda told Robbie during a joint interview for the Daily Telegraph Magazine, published Saturday, July 30, “I don’t think you would know what to do with your day if you didn’t consume it with creating something.”

She added to their interviewer, “There’s something in Rob’s brain space that I think he wants to distract from so deeply that he goes into these obsessive-compulsive creation modes to drown that noise. I don’t know what happens in Radio Rob up there that makes him want to run away from it. But all I know is that thankfully, instead of drugs, it’s music and drawing and coming up with business plans and computer stuff.”

Along with music, Robbie has recently been producing art. He had an exhibition at Sotheby’s, London, earlier this year of a series of large black-and-white works, made with his friend Ed Godrich. They showed abstract interlocking loops and piles of objects.

But Robbie said, “If you’ve been to a rave, I’d see it as a thousand faces looking up at a drone.”

He also produces smaller and often irreverent pieces, with many fashioned on his iPad using the Procreate app. Robbie did it during the entirety of a recent flight from Los Angeles to Dubai, and said, “It’s just so much fun.”

The Telegraph reported he is also planning to repurpose some of his iPad artworks, along with various other thoughts and slogans, for a clothing line called “Hopeium” he intends to launch in the next few months.