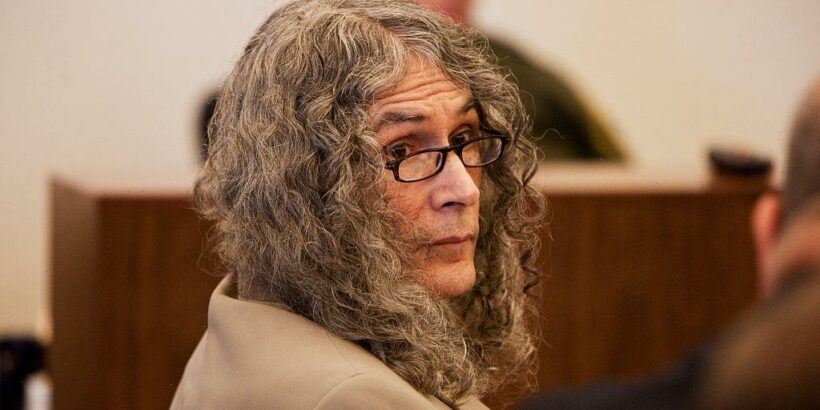 Rodney Alcala, the serial killer known as “The Dating Game Killer” after he appeared on the popular game show in 1978 amid his killing spree, has died at the age of 77.

The California Department of Corrections and Rehabilitation announced that Alcala died early Saturday morning at a hospital near Corcoran, California; at the time of his death, Alcala was awaiting execution following his conviction in the 1979 murder of 12-year-old Robin Samsoe.

“That judgment was reversed in 1984 by the California Supreme Court and Alcala was granted a new trial,” the California Department of Corrections and Rehabilitation added. “In 1986, Alcala was sentenced to death a second time for Samsoe’s murder; however, a federal appeals court in 2003 overturned the sentence and Alcala was given a new trial. His DNA matched evidence in other murders and Orange County prosecutors indicted Alcala for the murders of four other women.”

Over the past decade, Alcala has been charged in connection to three more murders, but his actual body count is believed to well exceed his convictions: Police estimated Alcala — who often photographed his victims prior to killing them — murdered at least dozens of women, with some counts running as high as 130 – and there are still over 100 photographs of unidentified women who may have been his victims.

During his killing spree — and following his 1972 conviction for raping an eight-year-old girl, for which he only spent 34 months in jail after his victim’s parents wouldn’t allow their daughter to testify at trial  — Alcala was somehow recruited to appear on a 1978 episode of The Dating Game, with the “successful photographer,” as host Jim Lange called him, serving as Bachelor Number One. Thankfully for the bachelorette, Alcala was not chosen for the date. (Read Rolling Stone’s in-depth look at the infamous episode here.)

As revealed in a 20/20 special that aired earlier this year, Alcala’s The Dating Game appearance ultimately led to his arrest: While police investigated Alcala for the death of Samsoe, one of the detectives happened to catch a repeat of Alcala’s episode on television. That episode was later shown to Samsoe’s friend Bridget, who previously provided them with a sketch of her friend’s killer.

“So I had to go back up to the police station — I think it was shortly after that sketch got faxed out — and they put me in a room, and they had a big TV… and they started The Dating Game,” Samsoe’s friend Bridget told 20/20. “And right when I saw the three contestants, I said ‘That’s him!’ That is him. No question. That is the man. And when I heard his voice, without a shadow of a doubt, that is him.”