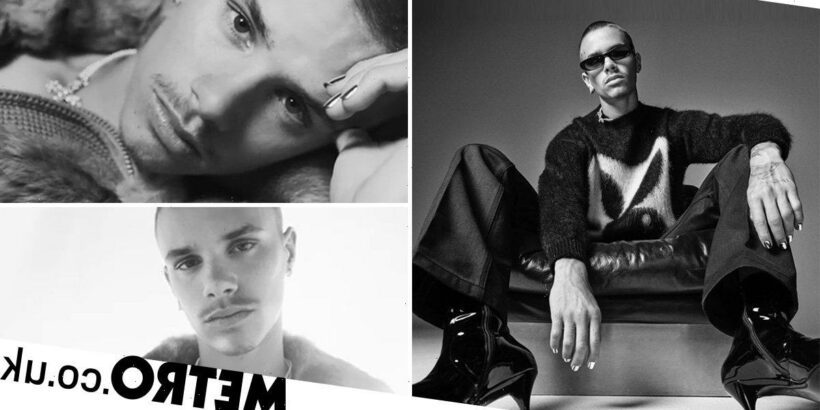 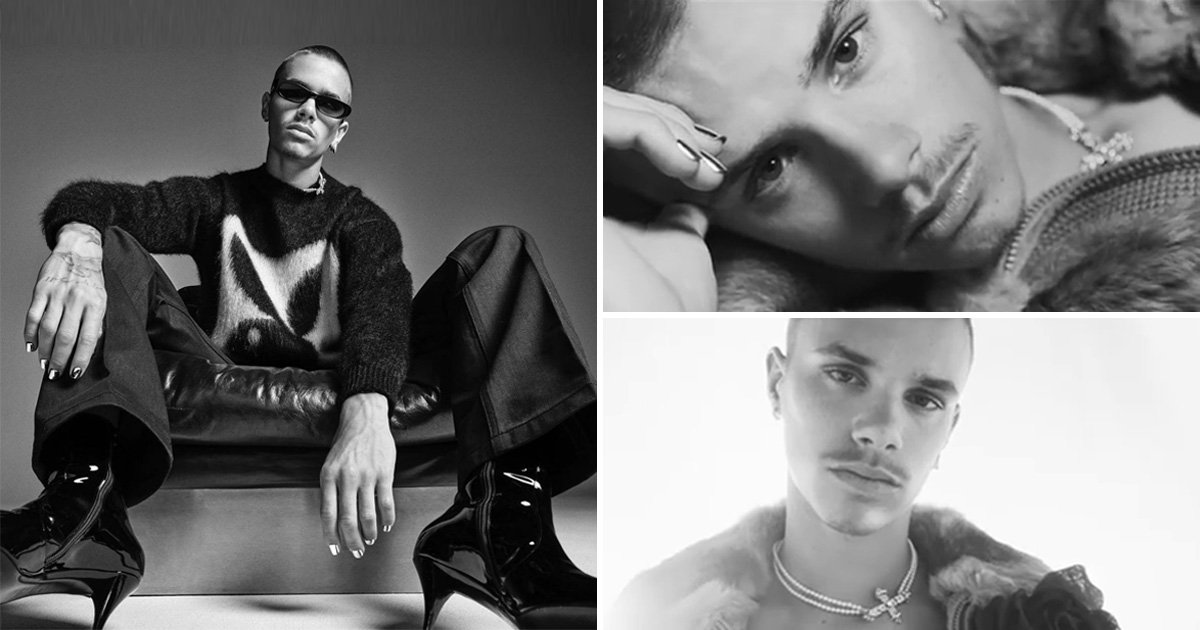 Romeo Beckham has given a tease of himself modelling for the latest Yves Saint Laurent campaign, rocking nail varnish and patent heeled boots.

The 19-year-old son of David and Victoria Beckham, who recently celebrated their 23rd anniversary, took to Instagram to reveal a first look at the edgy shoot on Tuesday, and his family and followers were very much enjoying the gender-bending vibe.

In a post to his grid, the professional footballer shared a moody black and white image of himself sitting on a step in flared jeans, kitten heel boots, and a fluffy jumper emblazoned with the Playboy logo.

Staring into the camera and donning small square shades and chunky diamond jewellery, Romeo rested his arm on his knee and held one hand down in front of his body, all the better to show off his eye-catching metallic manicure.

Dad David was quick to respond, with the sporting icon posting: ‘Wow 🔥 @romeobeckham’

Friend of the family DJ Fat Tony also supported Romeo, who introduced new puppy Simba to his family last month, in the comments with a string of heart emojis.

In video from the shoot for the luxury brand’s Fall 2022 collection, which the teen shared to social media previously, more fierce looks were in focus.

One saw Romeo bare-chested and wearing a fur jacket, showing off a diamond and double-string pearl choker as he stared into the camera with an expressionless look on his face.

Another showed him lying down with his hand held to his face as he pulled his best sultry gaze.

The model, who sported a buzz cut and the beginnings of a goatee for the campaign, also looked down into the lens as he donned the sunglasses and showed off a flower corsage on his jacket.

Furthermore, she dropped the casual bomb that she, in fact, attended nursery with ‘David Beckham’s sons’ – as you do.