Ronnie Ortiz-Magro’s ex-girlfriend Jen Harley nearly lost control of her car before she was arrested in Las Vegas for domestic battery late Sunday, June 24, a source tells Us Weekly exclusively.

“Jen was driving so erratically that three out of her four tires were flat,” the source claims. “She drove over a median.” 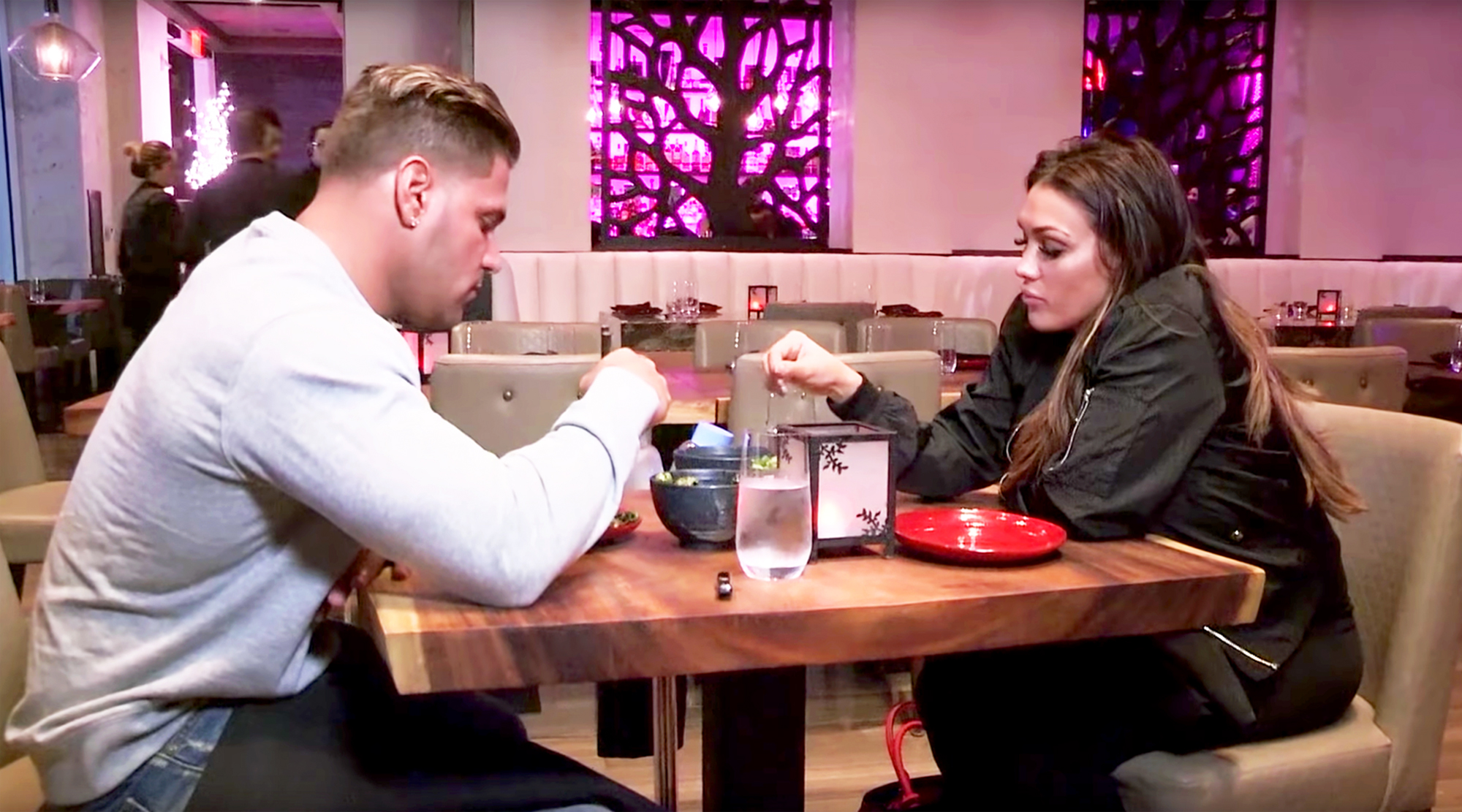 The on-off couple, who share daughter Ariana, were at a barbecue together earlier in the day. Things went south when they started arguing during the drive home.

“Jen hit Ronnie in the face during the argument, and he asked [her to] pull over and let him out of the car,” the source tells Us. “She stopped, and Ronnie tried getting out and got caught in his seatbelt. Jen started driving away, dragging Ronnie. Ariana was in the car at the time in the back seat. … Ronnie’s face was bloodied and bruised, and he’s got a nasty road rash.”

Harley, 31, called a friend soon after to pick up Ariana so that “the baby was not there when Jen was arrested,” the source says. The 2-month-old is staying with a mutual friend for the time being.

“Ronnie is going to his family counsel first thing this morning to see what his options are because whatever they are doing is not working,” the source tells Us.

As previously reported, Harley got into a physical altercation with the Jersey Shore: Family Vacation star, 32, while he was filming season 2 of the MTV reality series in Sin City on June 7.

“Ronnie and Jen have been fighting over their daughter,” a source told Us at the time. “Ronnie has been filming the show in Vegas the last couple of days and Jen wouldn’t tell him where their daughter is. She showed up to the hotel where they were filming. Jen lunged, spit and shoved Ronnie. Hotel security got involved, who then called the Las Vegas police department.”

Ortiz-Magro and Harley called it quits on their yearlong relationship in April. They briefly reconciled, only to separate again in late May.