Rose McGowan is opening up about the death of Anthony Bourdain. The Charmed alum penned an open letter about the TV personality’s relationship with her close friend and fellow #MeToo champion Asia Argento, in addition to revealing details about his mental health leading up to his apparent suicide.

“I know before Anthony died he reached out for help, and yet he did not take the doctor’s advice. And that has led us here, to this tragedy, to this loss, to this world of hurt,” McGowan, 44, wrote in the letter, which Us Weekly obtained via her rep on Monday, June 11. 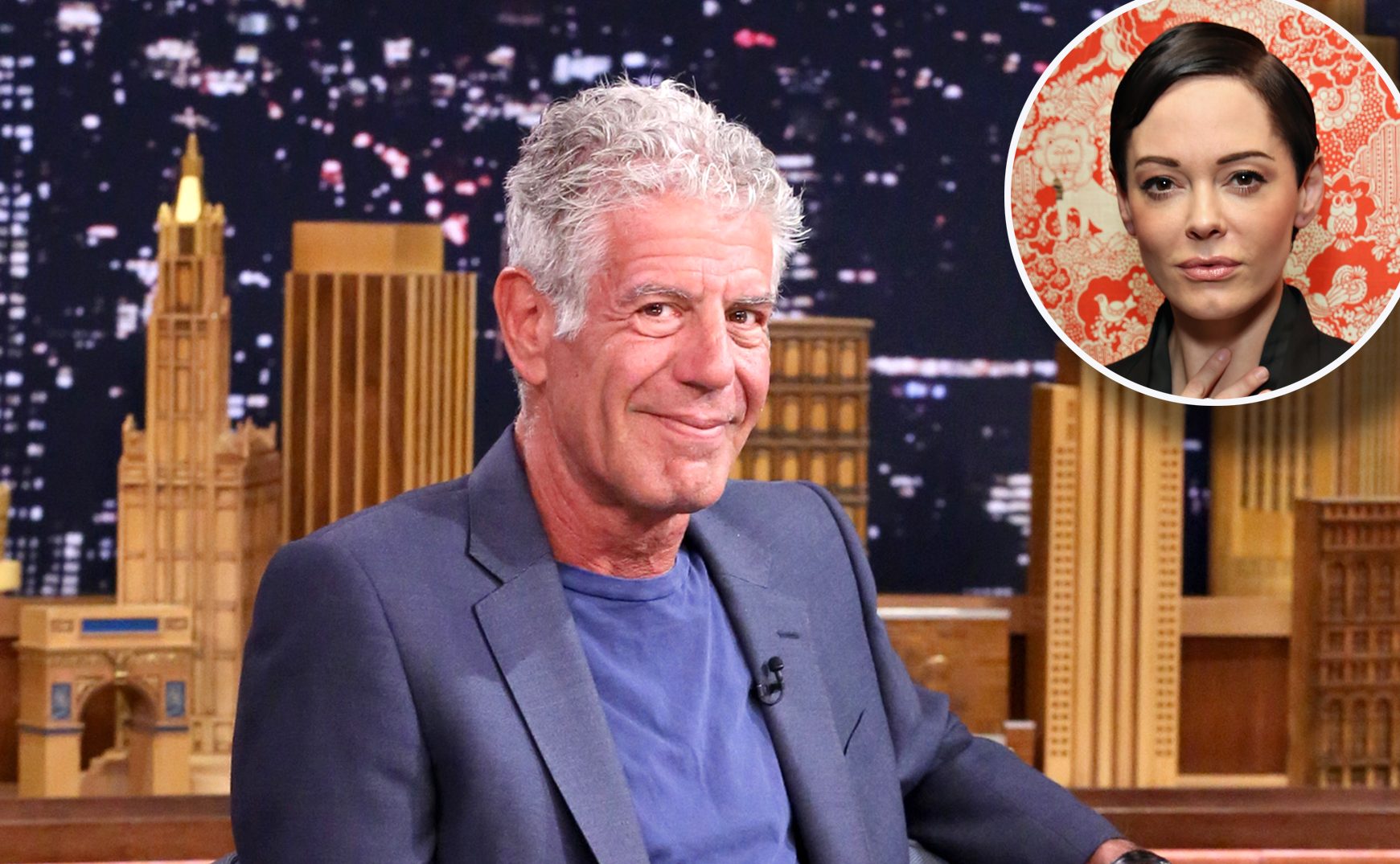 “Do NOT do the sexist thing and burn a woman on the pyre of misplaced blame,” she continued. “Anthony’s internal war was his war, but now [Argento has] been left on the battlefield to take the bullets. It is in no way fair or acceptable to blame her or anyone else, not even Anthony. We are asking you to be better, to look deeper, to read and learn about mental illness, suicide and depression before you make it worse for survivors by judging that which we do not understand, that which can never fully be understood.”

The Once Upon a Time alum explained that she was writing the letter while sitting across from the “remarkable human and brave survivor” Argento, 42, who began dating Bourdain in 2016 after his split from wife Ottavia Busia. McGowan and the Italian actress have both claimed that they were raped by Harvey Weinstein. (The disgraced movie mogul, 66, has denied any allegations of nonconsensual sex.)

“She stood up to her monster rapist and now she has to stand up to yet another monster, suicide,” McGowan wrote of Argento. “The suicide of her beloved lover and ally, Anthony Bourdain. I write these truths because I have been asked to. I know so many around the world thought of Anthony Bourdain as a friend and when a friend dies, it hurts. Many of these people who lost their ‘friend’ are wanting to lash out and blame. You must not sink to that level. Suicide is a horrible choice, but it is that person’s choice.”

McGowan noted that the Parts Unknown host had “instant chemistry” with Argento and had been “her rock during her hardships of this last year.” She wrote that the couple “had a free relationship” and “loved without borders” of traditional romances.

“Asia is a free bird, and so was Anthony,” she continued. “Was. Such a terrible word to write. I’ve heard from many that the past two years they were together were some of his happiest and that should give us all solace.”

In a statement to Us, Argento added, “On behalf of me and all who are hurting because of this unfathomable loss, I have asked the strongest woman I know, Rose McGowan, to be my voice, to help me shoulder this border and write truth. Please read these words and have mercy on our pain.”

Bourdain was found dead at the age of 61 in his hotel room in France on Friday, June 8. Local authorities later confirmed to the Associated Press that the cause of death was suicide by hanging.