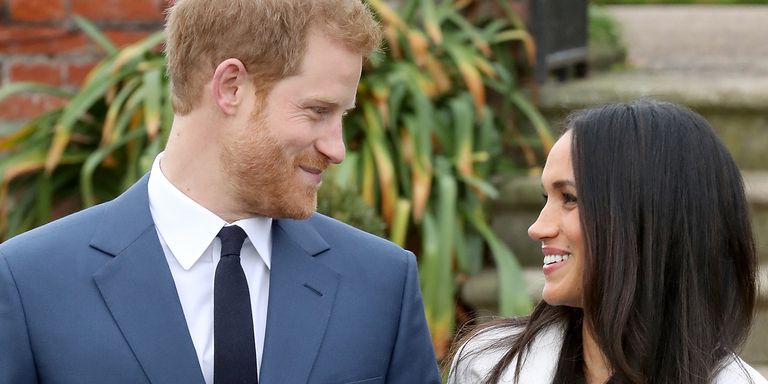 While we’re all waiting to see what Meghan Markle will wear down the aisle when she arrives at St. George’s Cathedral at Windsor Castle to wed Prince Harry, the royal wedding obsessed (read: we) are taking it one step further. We need to know it all–from the décor to the culinary details. Given that Meghan used to pen a lifestyle blog with a focus on food (the blog was called The Tig, named after the full-bodied Tuscan red varietal, Tignanello), we’re dying to know what the couple will serve at their daytime and evening receptions on May 19th.

Town & Country reports, per The Telegraph, that Harry and Meghan landed on a caterer this past January. Reportedly, the couple tapped catering company Table Talk, a royal favorite, for their wedding day. The company was responsible for Will and Kate’s wedding reception in 2011, and also catered Pippa Middleton and James Matthews’s wedding this past spring.

The royal wedding, which will take place at noon, will be followed by a daytime reception hosted by the Royal Family at Windsor Castle, which will likely feature a lighter menu suitable for a warm weather afternoon. Per the Duke and Duchess of Cambridge’s wedding meals, which included a wedding breakfast, a luncheon hosted by the Queen and an evening reception hosted by Prince Charles featuring a seated, three-course meal, Harry and Meghan’s evening affair will likely feature the most formal fare.

People reports that Royal chef Mark Flanagan will be leading the charge in the kitchen on May 19, as the palace plays host to 600 guests. According to reports, Meghan and Harry have already visited the kitchens at Windsor Castle to plan the menu, which will feature seasonal ingredients sourced from the the Queen’s estates. The menu will feature passed canapés and more hearty bowls of food, so that guests can enjoy their meals standing up, making it easier for the newlyweds to greet their guests and mingle amongst the crowd.

“There’s no experimentation on Saturday whatsoever, tried and tested and predominantly classics,” Flanagan told reporters. With that in mind, guests should expect seasonal British produce like asparagus, peas and tomatoes this Saturday. While the wedding dinner will host 200 guests for a sit-down meal later in the evening, odds are a similar style of cuisine will be served for the night’s reception hosted by Prince Charles as well.

Will and Kate’s wedding dinner, according to their menu which was up for auction in 2015, featured an appetizer of marinated salmon, crab and langoustines on a fresh herb salad, followed by organic lamb served with spring vegetables, potatoes and “sauce Windsor,” finished with a trio of desserts: Berkshire honey ice cream, sherry trifle and a chocolate parfait. Each dish was appropriately paired with wine, and coffee and fresh mint tea were offered with dessert.

Given Meghan’s love for bold, red wines, guests will likely be treated to a menu and wine pairings fit for foodies. And, while Will and Kate’s menu featured only one red wine paired with their lamb course, we wouldn’t be surprised if Meghan and Harry choose to offer more of an array of wines, along with a full bar, for their guests.

As for dessert, Kensington Palace announced on March 20th that the couple have tapped Claire Ptak of Violet Cakes to create a lemon and elderflower wedding cake for their special day, which bucks the royal tradition of serving a tiered fruit cake for dessert.

Per the statement from the Palace, Ptak will be icing the cake in buttercream, and decorating it with fresh flowers fit for a spring wedding. It’s likely that Violet Cakes will tap into the blooms that florist Phillippa Craddock uses to decorate the Cathedral, Castle and Frogmore House when adorning Harry and Meghan’s confection.

As for who is footing the bill for what will undoubtedly be a delicious culinary experience for all who attend, the statement from Kensington Palace confirms that the Royal Family will take care of the core wedding expenses, which includes the food and beverage tab.