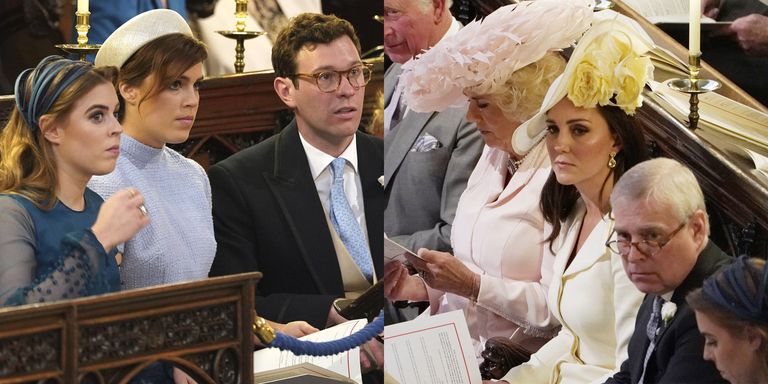 While it was expected that the royal wedding would be a little more untraditional than previous weddings, the royal family didn’t hold back their reactions to Reverend Michael Curry’s sermon during the service.

Many viewers noticed their reactions to Reverend Curry’s sermon that was different than what is normally seen in the Church of England.

Zara Tindall, daughter of Princess Anne, had a very interesting expression after the reverend told them that he would try to wrap up so Meghan Markle and Prince Harry can officially get married.

Princess Beatrice stole the show with her eye-popping reaction to the reverend’s words, which he opened up with a quote by Martin Luther King, Jr. from his 1967 “Where Do We Go From Here?” sermon.

Markle and Prince Harry were sitting across from Reverend Curry during his address. Markle kept a smile on her face as he spoke while Prince Harry kept a stoic face and laughed along in certain parts.

Reactions from other guests were also seen including David Beckham smiling along to Reverend Curry’s address.

Reverend Curry’s address focused on the theme of the power of love. Earlier this week, Kensington Palace announced that Reverend Curry was selected would be giving the address at the ceremony.

“The love that has brought and will bind Prince Harry and Ms. Meghan Markle together has its source and origin in God, and is the key to life and happiness. And so we celebrate and pray for them today,” he said in the press release.

Meghan Markle Will Be Baptized and Confirmed

The ‘Suits’ Cast Arrives at the Royal Wedding