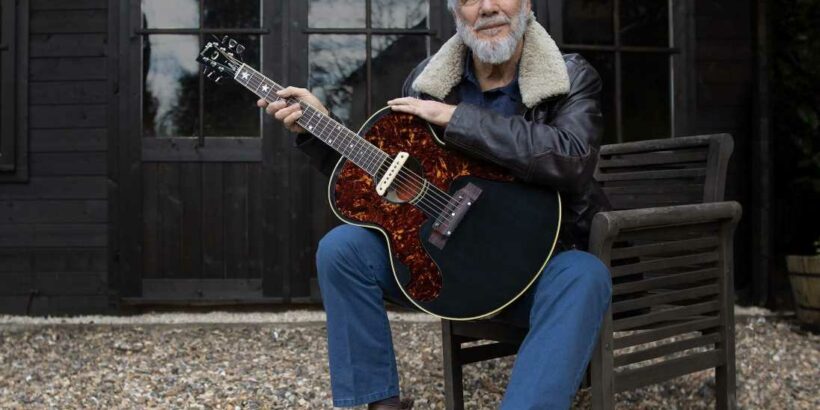 Gibson has announced the release of their custom limited Cat Stevens J-180 Collector’s Edition Guitar, available to purchase for the first time ever.

The gorgeous acoustic guitar is modeled after the original that Stevens (who now goes by Yusef or Cat Stevens) used on his landmark albums, including Tea For Tillerman and Teaser and the Firecat. The guitar captures the timeless sound and art of one of the most integral songwriters of our time.

Stevens famously sold off all his music gear, including the J-180, towards the end of the 1970s, donating all the money to charity. Decades later, he was reunited with the famous guitar that he originally purchased in 1969 at London’s iconic Selmer’s Music Shop.

How True Is 'Respect'? Fact-Checking the Aretha Franklin Biopic

“Handling the new model is like going back in time to when I first started playing,” says Stevens, in a press release. “I really turned a corner when I got my hands on a black Gibson Everly Brothers J-180. It was my favorite guitar, and it had a very easy action. I played it almost percussively, and that sound gave real character to my recordings. It looked amazing too!”

The new Collector’s Edition guitar is available online for $7499. The J-180 features a thermally aged Sitka wood spruce top, mother-of-pearl moon and star headstock, and graduated star fretboard inlays, with an interior label hand-signed by Stevens himself. For the traveling troubadour, a custom Cat Stevens J-180 hardshell case is also included. The package also comes with a Certificate of Authenticity, along with a selection of patches, pins and stickers inspired by Stevens’ iconic artwork. Only 50 of these guitars have been produced and released.

For more than 128 years, Gibson has been one of the most known and beloved manufacturers of guitars used on stages across the world. Stevens’ poetic lyrics and soulful playing, meantime, produced timeless tracks such as “Wild World” and “Father and Son,” with the singer combining folk, pop, rock, and eventually Islamic music into the mix as well.

“When you’ve got something to say, you should say it,” the artist once said, “and music is a way of making candid your thoughts, your dreams, your hopes, and your fears. Everything can be said in music.”