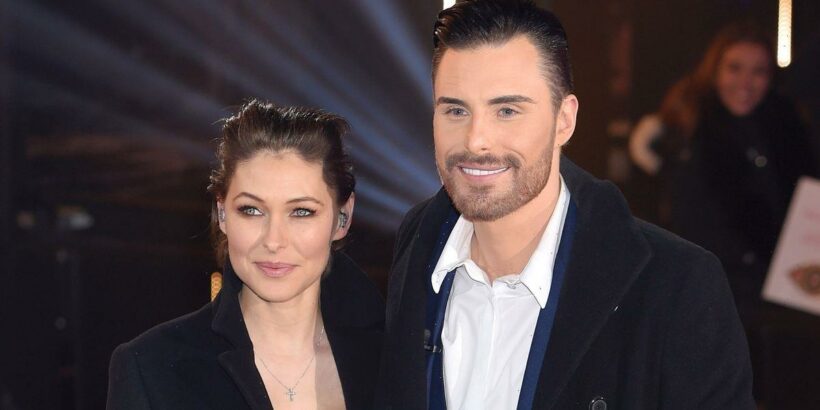 Rylan Clark is reportedly the favourite presenter in the running to host the highly-anticipated reboot of Big Brother, which is said to be returning next year with a new home on ITV2.

The iconic show all but spawned reality TV in the UK, airing on Channel 4 for 10 years from its landmark debut in 2000.

Channel 5 then took the series over, and with it came a swap from stalwart presenter Davina McCall to Emma Willis.

While the popular show seemed to have run its course in 2018 and fans of the Borehamwood bungalow wondered if it would ever return, it could finally be set for a huge comeback.

This time, "current" and "popular" Strictly: It Takes Two host Rylan, 33, could be taking the reins.

The star is already a Big Brother super fan, and even won the celebrity edition when he starred on it back in 2013.

After that, Rylan was asked to host spin-off Big Brother's Bit on the Side, and has gone from strength to strength in his TV career ever since.

According to The Sun, all of these things add up to making producers mark the star as their top choice for the role.

What's more, a source told the publication that Rylan even took the initiative to text ITV executives to put his name in the ring as soon as he heard the news the show could be making a return.

“Rylan put himself front and centre with a number of telly producers the moment he found out Big Brother was coming back," the source said.

“He absolutely loves the show and when the news broke he texted a handful of people to show just how excited he was about Big Brother’s return. Rylan couldn’t have made it any clearer with his intention – he would love that job."

The source went on to say those already working on the production think the job is "made for" Rylan, and he is the "first choice" above previous hosts Davina and Emma.

“Rylan is really current and has a huge following, plus his love of Big Brother makes him the ultimate fan. There really is no one better placed to take it on," the source added.

The presenter himself has spoken of his love for Big Brother numerous times in the past, but particularly as his appearance on CBB marked a turning point in his career.

Rylan's popularity in the house gave the British public a completely different view of him following his controversial stint on The X Factor in 2012.

Suddenly the star became a beloved reality favourite up and down the country, and this became the launchpad for more jobs in the industry.

Speaking about the experience back in January, Rylan said: "Big Brother changed my life completely – a proper 360 – and I miss it dearly and I just think if it was to come back now, it could come back the same but so different now.”

Both the civilian series and celebrity edition of Big Brother ended in 2018. Some of the most iconic British reality TV stars have starred on the show – Jade Goody, Nikki Grahame and Alison Hammond to name but a few.

For all the latest TV and showbiz news, sign up to our daily newsletter here.