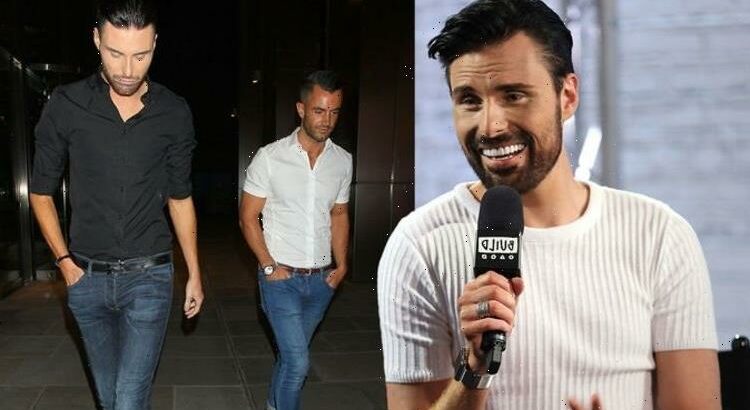 Rylan Clark-Neal and Dan Neal host This Morning in 2018

Rylan Clark-Neal, 32, has thanked fans for their kindness and patience as he said he was working on getting back to the “jobs he loves” following his marriage breakdown. It’s the first time the star has posted on social media in over a month and since splitting from husband Dan Neal.

The star has been noticeably absent from his presenting roles for the past seven weeks, sparking fans’ concerns.

On Instagram today, Rylan said he was focusing on his mental health and hoped to return to work soon.

“I just wanted to write a message to thank you all for the love and kindness you’ve shown us,” he began.

“We are currently prioritising our mental health and looking after the ones around us we love most. 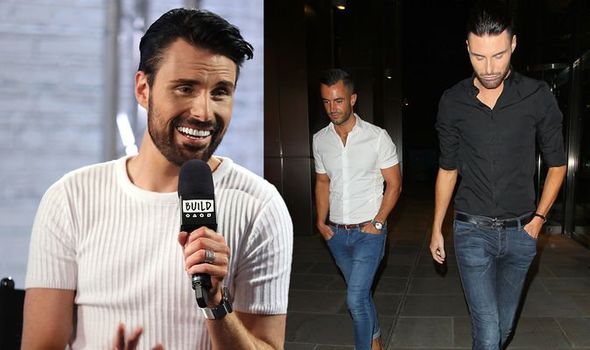 “I am working towards getting back to the jobs I love in due course.

“Thank you for being patient with me.”

Earlier in the week, Rylan said he was in a “bad place” following his separation from Dan.

He spoke out, saying: “Following reports about Dan and I spending time apart, I feel I have to speak out – as the way it is being reported is unfair.

“I have made a number of mistakes which I deeply regret and have inevitably led to the breakdown of our marriage.”

Rylan said he was trying to “seek help” following their split and is “not in a good place at the moment”.

He added: “I am trying to take each day at a time and would like to thank you to everyone for their support and for respecting our privacy at this time.”

Rylan and Dan have been married since 2015 and the X-Factor star last posted on Instagram seven weeks ago alongside his beloved mum.

The star suddenly pulled out of hosting the Eurovision Song Contest this year leaving fans concerned.

He said back in March that he was taking a break from the “sewer” of social media.

Speaking on the Sorted with the Dyers podcast, he said: “I love social media, social media is not only lucrative when it comes down to money, it’s brilliant for communication, there are so many plus sides to it.

“But I found in the last three weeks, me looking at my phone, looking at my feed, looking at what is trending more so and I’m just getting to that point where I’m thinking this is a f**king sewer.”

He continued: “This is an absolute sewer. I feel like I could Tweet, ‘The sky is blue’ and I would have 2 million people back and claim it’s every other colour under the sun.

“And the worst thing about it, they would believe that and that’s their truth. I’m getting to that point where I don’t want to be a part of this because it actually enrages me.”

Rylan issued a stark warning to fellow social media users as he urged them to be aware of the dangers it may carry.

Admitting that he’s become obsessed with searching his name, he said: “How many people do we see where it’s literally just advertisements. I never wanted to be that person but I’m getting there. If it becomes a work thing, at least my mentality will be f***ing sane.

“The whole first year of my career was a f***ing public vote. I wouldn’t be where I am now without people voting for me on X Factor and Big Brother, I’ve always been grateful for that and that is what keeps me grounded.

“But then at the same time, thank you but I just can’t f***ing deal with the craziness of it all.”