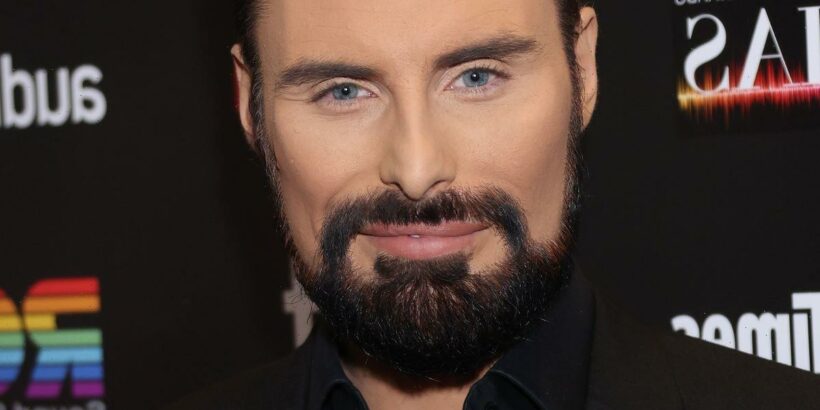 Former X Factor star Rylan Clark-Neal has broken his recent distance from social media with a rare post as he paid tribute to his brother and new wife during their wedding day.

Rylan shared the post to voice his congratulations to his brother Jamie who recently married his long-term girlfriend Jayne.

The TV favourite, 32, shared the cute wedding snap of the happy couple to his 1.4 million followers on Instagram.

The beautiful bride can be seen with a beaming smile as she looks into her new husband’s eyes, showing off her wedding ring and engagement ring on her husband's shoulder.

Rylan captioned the beautiful shot: “After 32 years (genuinely!) my actual age (again genuinely!) they’ve finally done it. Congratulations to my brother and sister-in-law. Love you both x”

The former Celebrity Big Brother winner has been noticeably quiet on social media of late since he announced the breakdown of his own marriage to husband Dan Neal, 41.

Rylan spoke out last month, penning a post on behalf of both himself and Dan.

Thanking his 1.4 million followers for their support during this challenging time, he wrote: "I just wanted to write a message to thank you all for the love and kindness you have shown us.

"We are currently prioritising our mental health and looking after the ones around us we love most.

"I am working towards getting back to the jobs I love in due course. Thank you for being patient with me."

Prior to this, the Ready Steady Cook presenter issued a statement around Dan and his marriage in an attempt to clear up some confusion.

The statement, issued to The Sun, read: "Following reports about Dan and I spending time apart, I feel have to speak out as the way it is being reported is unfair.

"I have made a number of mistakes which I deeply regret and have inevitably led to the breakdown of our marriage."

"I am trying to take each day at a time and would like to say thank you to everyone for their support and for respecting our privacy at this time."

Earlier this year Rylan announced he was taking a break from social media and branded the internet a “f**king sewer”.

Rylan admitted he sees social media as a “drug” and revealed he can’t help but search his own name on Twitter, but is infuriated when people disagree with every little thing he posts.

To read more about Rylan Clark-Neal sign up for OK!'s daily newsletter here.