Saint West looks all grown up in new photos with his siblings shared by mom Kim Kardashian.

They grow up so fast. Kim Kardashian shared sweet new photos of her children with Kanye West. The SKIMS founder, 41, shared snapshots of North, 8, Saint, 5, Chicago, 3, and Psalm, 2, posed among some hay on her Instagram on Thursday, Nov. 11.

Saint looks all grown in the first snapshot alongside sister Chicago, who could be seen rocking a Britney Spears t-shirt under her flannel long sleeve. In the second image, North and Psalm join in on the sibling snapshot. Kim called her children her “heart and soul” in the caption.

Kim and Kanye, 44, split in February after nearly seven years of marriage. The duo are still amidst a divorce but co-parent their four children together. A source previously told PEOPLE that the reality TV star is “focused” on co-parenting after she and the children attended the rapper’s Donda listening party in Atlanta in August.

“It’s very important to her that the kids spends as much time as possible with Kanye,” the source told the outlet. “Kim is trying to be supportive. She is focused on co-parenting. Nothing has changed otherwise. They are still moving forward with the divorce.” 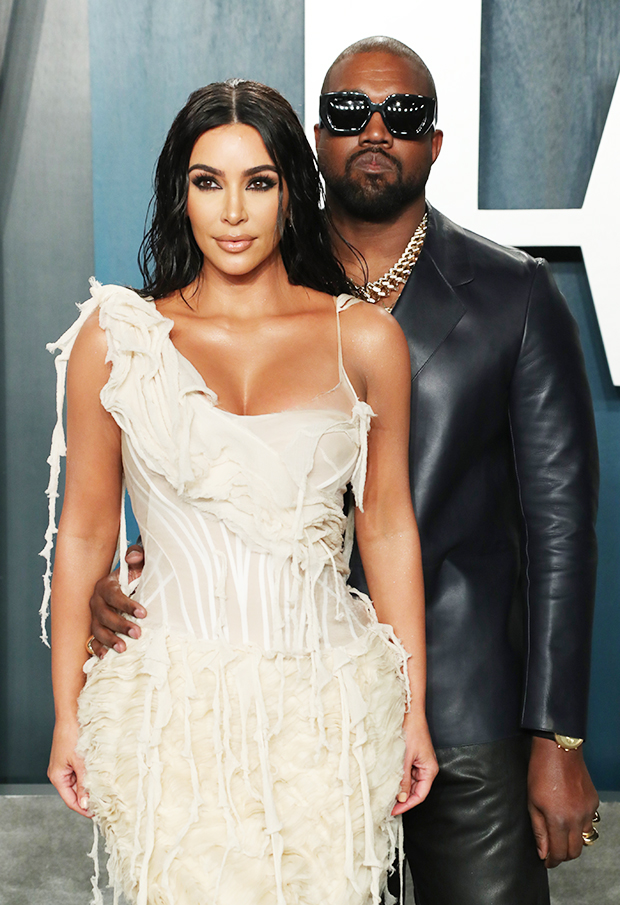 Amid the separation, Kim has been romantically linked to Saturday Night Live comedian Pete Davidson, who she got to know after she hosted the October 9 episode of the sketch comedy series. After a trip to Knott’s Scary Farm with friends on October 29, including Kourtney Kardashian and Travis Barker, the two reportedly had dinner twice in New York in early November.

A source recently told HollywoodLife exclusively that the unlikely duo just “click” together. “Pete really likes that Kim is sexy, confident and her own person,” the source revealed. “Pete loves that she gets his sense of humor. They just click and like to do normal things like get pizza.”

The two have also apparently bonded over one commonality, too: the loss of their fathers. Kim’s father Robert Kardashian passed at the age of 59 from cancer, while Pete’s father Scott Davidson, a firefighter, passed at the age of 33 after responding to the September 11 attacks at the World Trade Center in 2001.

“They both lost their father so young, and both their mothers are very important in their lives,” the source shared. “That is something very organic for him to grab a hold of as it makes him feel like he has someone on his side. Plus, she is just cool and wants to have fun and that is exactly what Pete is interested in himself. The benefit is in its simplicity.”