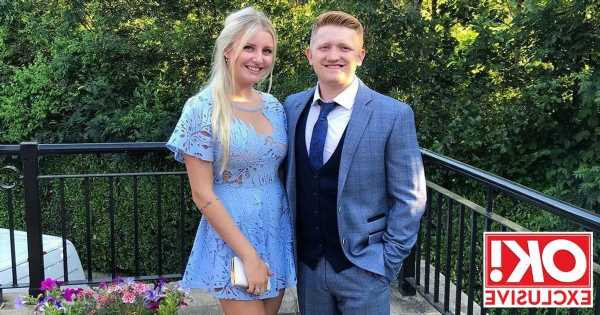 Sam Aston's wife Briony has joked that she’s banned him from taking part in Strictly Come Dancing as doesn't want him getting close to a "gorgeous woman".

Sam's former co-star Katie McGlynn is taking part in this year's Strictly after leaving the cobbles behind in 2020.

But Briony, 26, who is the co-owner of the Happy Baby Studio, says she’d be up for seeing her hubby in the Australian jungle, adding: “I’m A Celebrity would be great though, and I’d get a holiday to Australia!”

Earlier this month ITV confirmed that this this year’s I’m A Celebrity would be once again returning to Gwrych Castle in Wales as travel restrictions to Australia have made it too difficult for the show to go ahead there.

Katie Rawclifee, Head of Entertainment at ITV, said: “We’ve always said we have contingencies in place for the series if the covid situation continued to bring uncertainty, and after a highly successful run at the castle last year we’re pleased that we can return there.

"I have no doubt the production team will produce another hugely entertaining series.”

Yoga teacher Briony’s comment came after Sam said he is “more open” to the idea of taking part a reality show and teased a stint on I’m A Celebrity.

He told OK!: “I’ve always said no to all of those shows, but then recently for some reason I've been more open to the idea. Jennie [McAlpine] and Andy [Whyment] did the jungle and both of them said it’s the experience of a lifetime.

Sam would follow in the footsteps of his co-stars Jennie and Andy, who finished fourth and second during their respective series.

However, Sam, who has played Chesney Brown on the cobbles since 2003, says the show would be a struggle as he likes his home comforts and would be “uncomfortable” with being away from his young family for so long.

He added: “I’m a massive home bird, like when I go on holiday after a week I’m ready to come home, I’ve had enough. "So the idea of going to Australia and not having any contact whatsoever with my family makes me quite uncomfortable.

“It probably sounds quite soft as a lot of people work away, but I’ve never had to. That side of it would be tough. I also don’t really want to be eating pig’s testicles!”

Sam and Briony tied the knot in 2019 in a ceremony exclusively covered by OK!, before welcoming their adorable son Sonny last August.