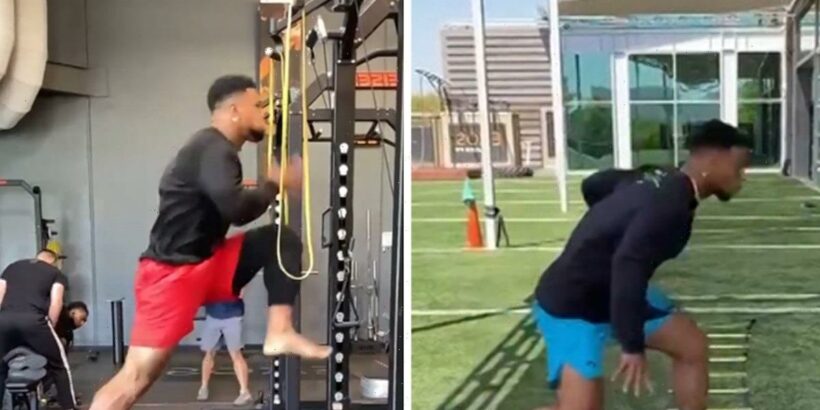 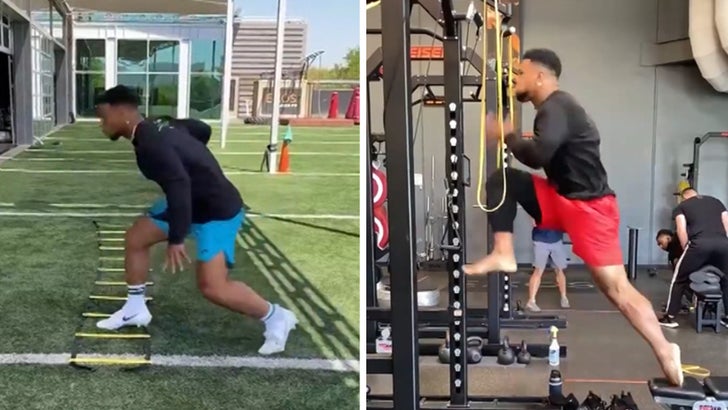 This is the kind of content Giants fans needed — here’s video of Saquon Barkley training like a mad man just 6 months after his ACL surgery … and the NFL star looks GREAT!!!

The 24-year-old running back suffered the devastating, season-ending injury to his right knee in a Week 2 matchup against the Bears last September … which Barkley referred to as “probably the weakest moment of my life.” 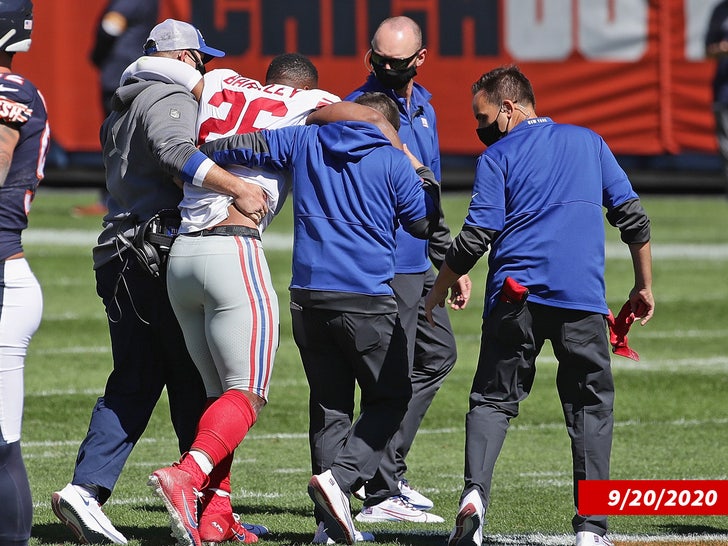 But, #26 has been rehabbing like a maniac in Arizona in hopes of getting back to 100% in time for 2021 … and this new update is an AWESOME sign for the G-Men.

Barkley posted 2 videos of his intense workout on Thursday — both focusing on that right knee — and he looks like the freak athlete he was prior to the injury.

The 2018 Offensive Rookie of the Year showed off his foot speed with some ladder drill work and followed up with some right leg lunge leaps — where he practically jumps out of the building!!!

Barkley previously told the “Hotboxin'” podcast with Mike Tyson he was an emotional wreck after the injury … spending several days crying to himself following the incident.

But, he’s vowed to come back stronger and better than ever — and so far, it looks like Barkley’s holding up his end of the deal.