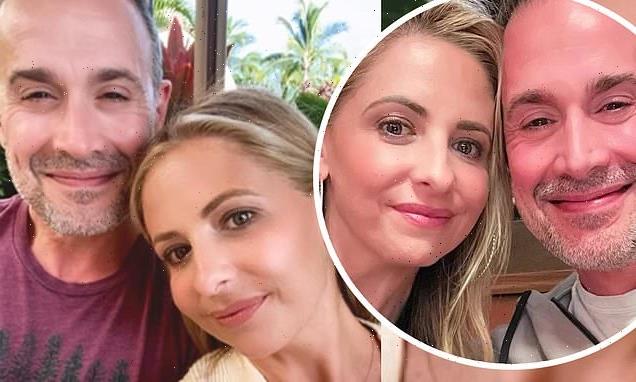 Sarah Michelle Gellar, 45, and Freddie Prinze Jr, 46, looked more in love than ever in a sweet picture they each shared to their separate Instagram stories on Friday.

The loved-up couple, who previously shared tips on how to have a happy marriage, enjoyed a special date night at Blue Ribbon restaurant and captioned the post, ‘date night’ with a few animated pink hearts.

Freddie sported a casual look in a grey zip-up hoody and donned a well-groomed beard with his salt and pepper hair spiked up messy. 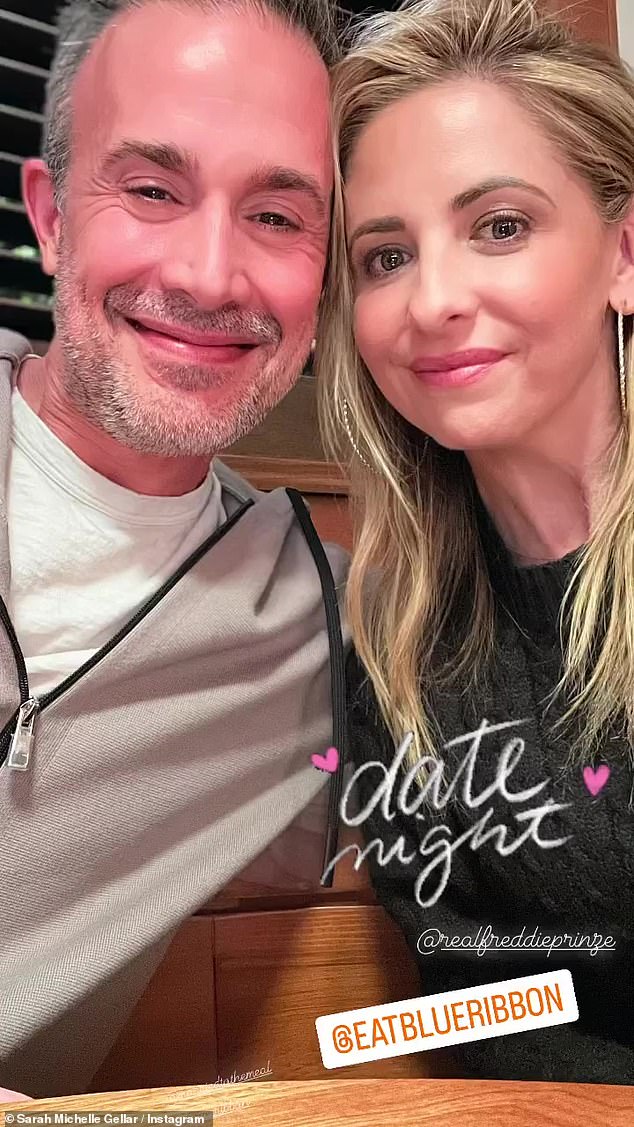 Date night: Sarah Michelle Gellar, 45, and Freddie Prinze Jr, 46, looked more in love than ever as they enjoyed a special date night at Blue Ribbon restaurant on Friday

Sarah looked lovely in a dark grey sweater with her long blonde tresses parted to the side, a bit of eye make up and a pink lip stain.

Two weeks ago, Freddie revealed that he had never seen his wife’s hit show Buffy the Vampire Slayer, saying he wasn’t ‘the right demographic’ to watch the late ’90s supernatural drama.

The She’s All That star, who married Michelle Gellar in 2001, spoke about the Hollywood couple’s 20-year marriage in an interview with Australian radio show Kyle and Jackie O. 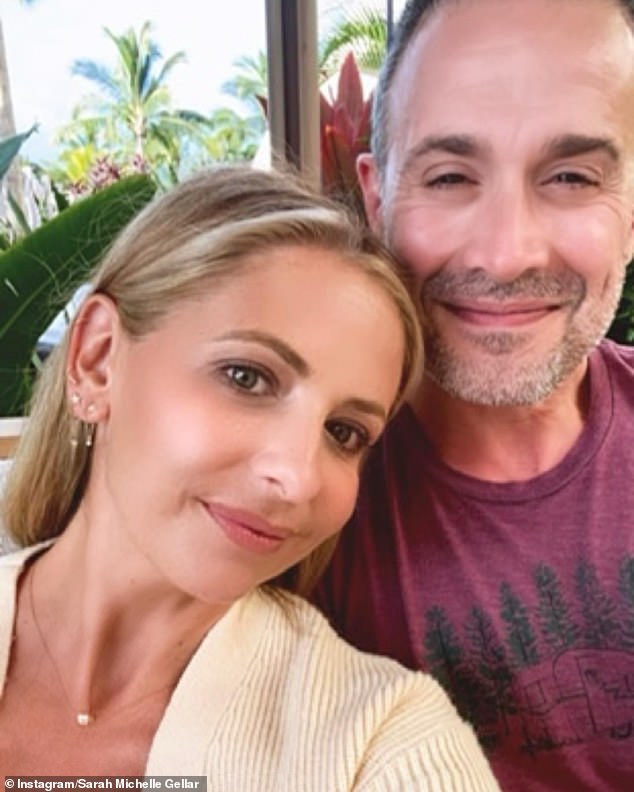 Going strong: Freddie revealed two weeks ago that he had never seen his wife’s show Buffy the Vampire Slayer, saying he wasn’t ‘the right demographic’ to watch it 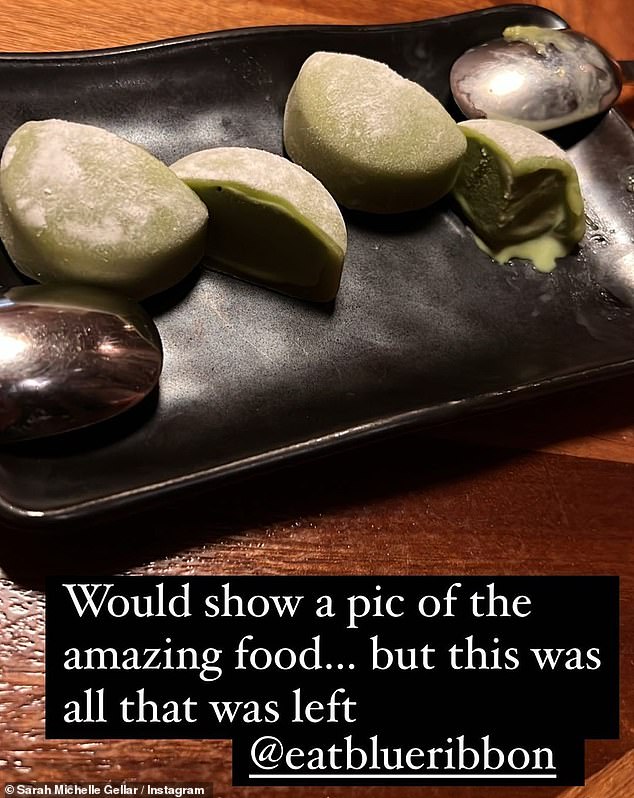 Yum: The second image on their date night was a shot of the ice cream they had for desert

When asked if he ever calls his wife by her character Buffy’s name, Prinze Jr. said: ‘Not only have I never called her Buffy, I have never even seen the show.

‘I wasn’t the demographic, in my defense. She was my girlfriend, then my wife [so] I’ve never called her that ever. We’ve been married 20 years, together even longer.’

Buffy the Vampire Slayer, based on the 1992 film of the same name, aired from 1997 until 2003, covering the period when the pair fell in love and got married.

Despite never seeing the show, the couple’s relationship is still going strong, with Prinze Jr. also sharing his advice on how to maintain a long-lasting union. 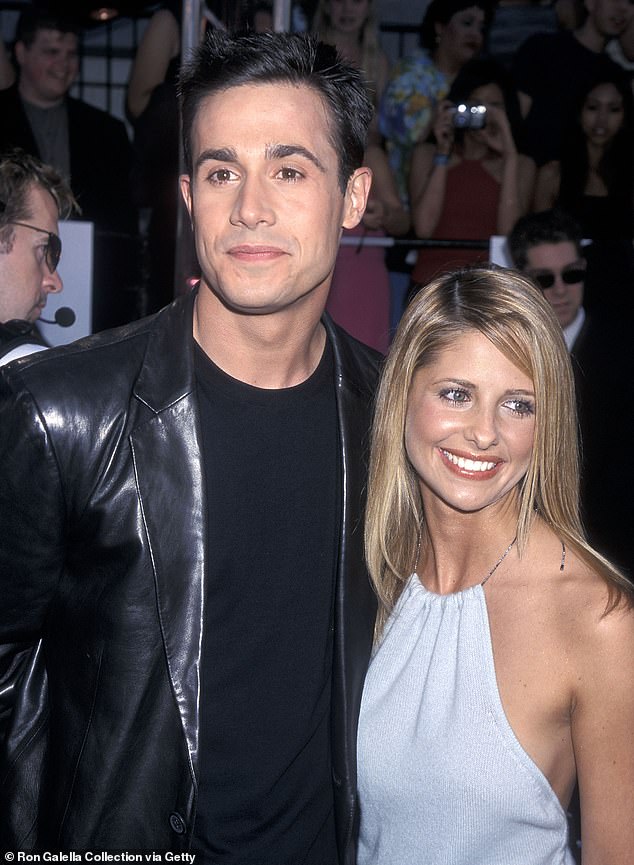 Throwback! The She’s All That star, 46, who married Michelle Gellar in 2001, spoke about the Hollywood couple’s 20-year marriage in an interview with Australian radio show Kyle and Jackie O on Thursday. (The couple is pictured in Culver City, California, on June 3, 2000) 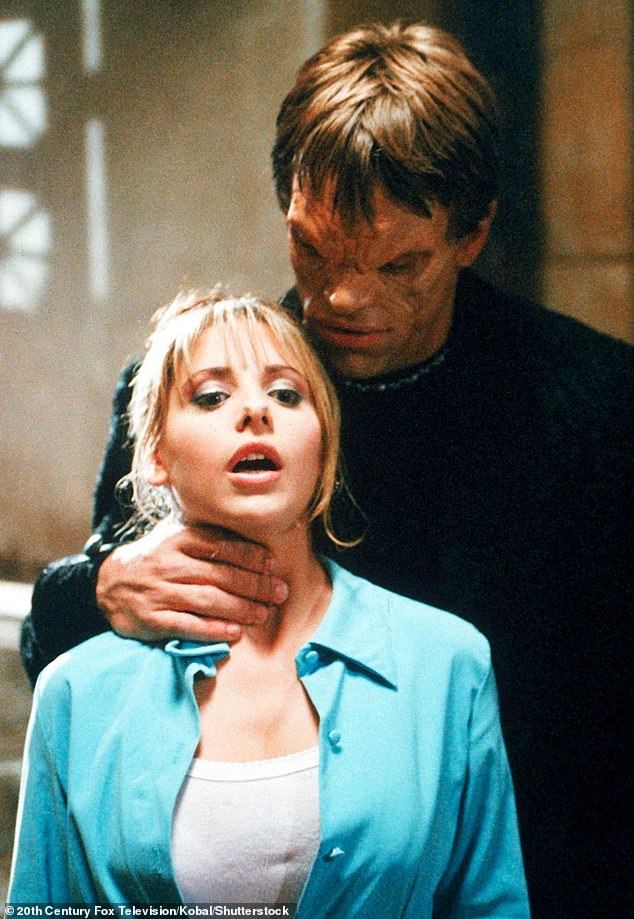 Prinze Jr. and Michelle Gellar met in 1997 on the set of teen slasher I Know What You Did Last Summer, before tying the knot in 2002. (Michelle Gellar is pictured in The Vampire Slayer)

‘I hesitate at giving [relationship] advice because what’s good for me may kill another, just like peanut butter,’ he said, before explaining that doing the cooking and cleaning and making his wife laugh are key to their thriving marriage.

‘My mum was a chef and I learned how to cook, and I married someone who couldn’t cook. So I’m necessary. She needs me to live and sustain herself!’ he joked.

‘Number two is laughter. I still make her laugh.’

He added that he ‘loves doing laundry’, explaining: ‘I hate a mess. If something is dirty, I clean it. I do the dishes while I’m cooking so there’s less s**t to look at.’ 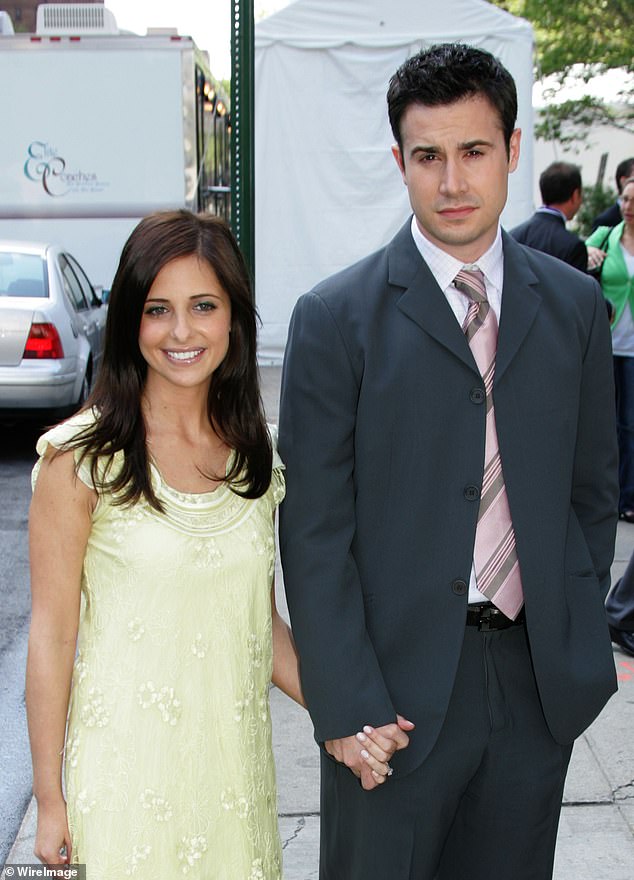 Hollywood couple: Prinze Jr., who is set to make his return to acting in the Netflix movie Christmas with You after taking a break from Hollywood to raise his children, also said he ‘loves and misses Australia’. (Pictured: Prinze Jr. and Michelle Gellar in New York City on May 17, 2005) 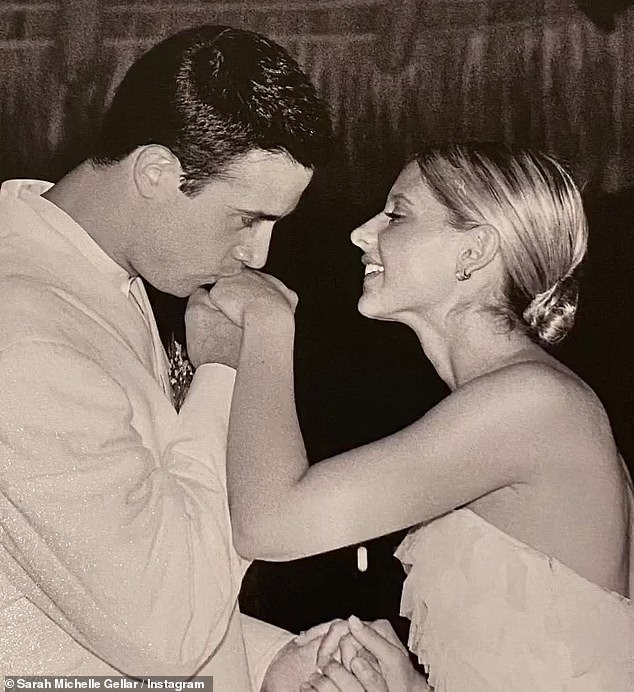 ‘I can’t stand a mess: my room is spotless, my car is spotless. I’m one day late for a haircut and I’m going crazy,’ he added.

‘I saw a picture crooked in another guy’s office and I had to step up and straighten it. I can’t stand anything looking like crap.’

Prinze Jr., is set to make his return to acting in the Netflix movie Christmas with You after taking a break from Hollywood to raise his children.

Christmas with You marks his first romantic comedy in a decade, playing a father on screen for the first time ever. 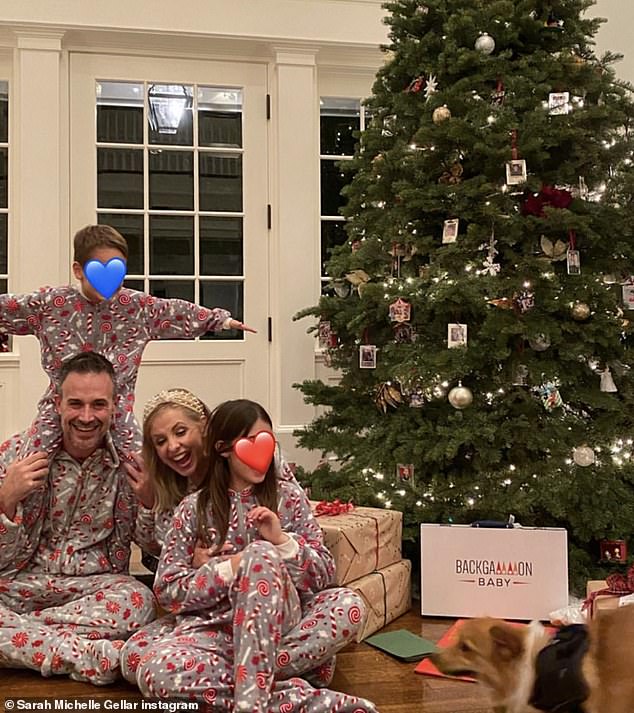 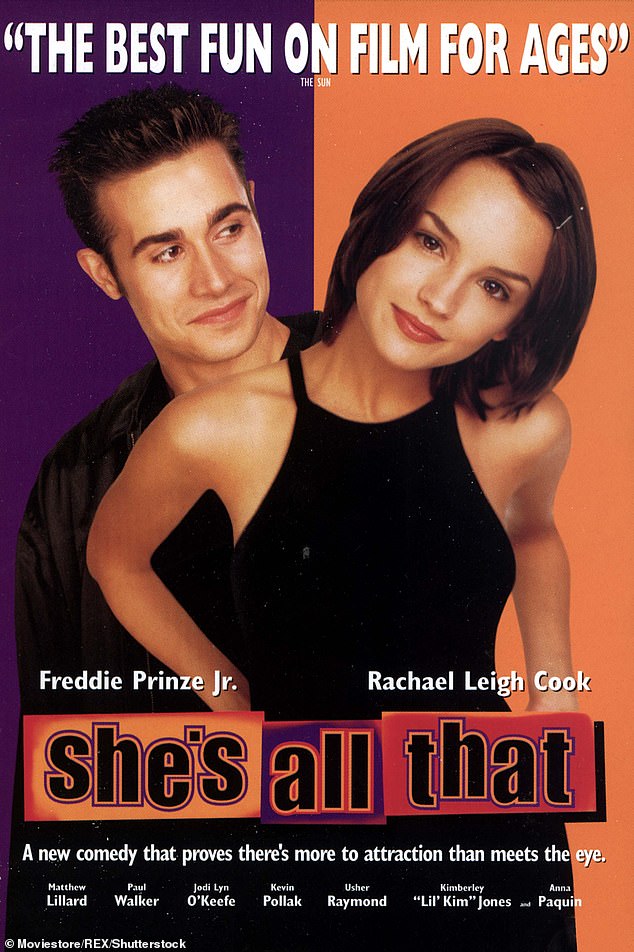 That went fast! She’s All That premiered on January 29, 1999 and is celebrating its 20th anniversary 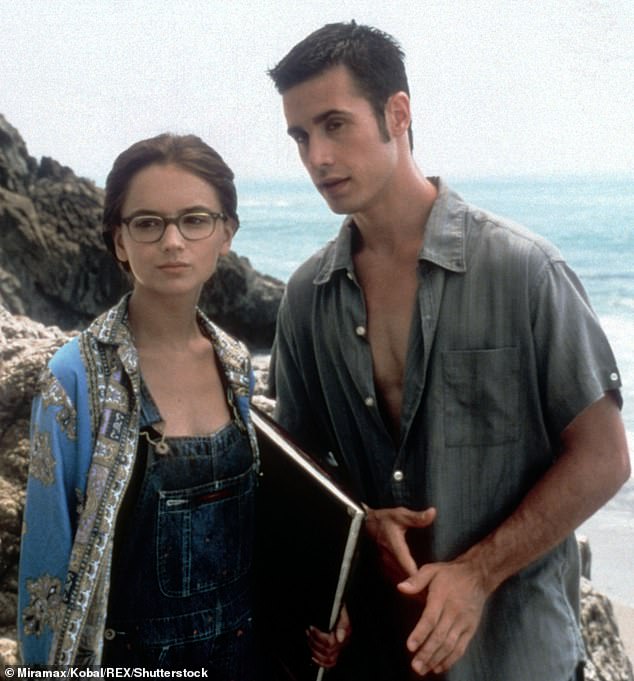 ‘Am I a f***ing bet?!’ In the movie, he bet his friend he could make any girl — even nerdy Laney Boggs — prom queen

Prinze Jr., who is of Puerto Rican, Italian and German descent and speaks fluent Spanish, added that he’s really excited to ‘play a Latino’ for the first time.

The star, who is famed for his role in the 1999 teen rom-com She’s All That, also revealed he hasn’t seen the remake starring TikTok star Addison Rae, called He’s All That, and that he turned down an offer to appear in the film.

They now have two kids: nine-year-old Charlotte and six-year-old Rocky.

Freddie P had already reached heartthrob status by the time he starred in She’s All That at age 22, with credits for I Know What You Did Last Summer and its sequel under his belt — but She’s All That scored him three coveted Teen Choice Awards. 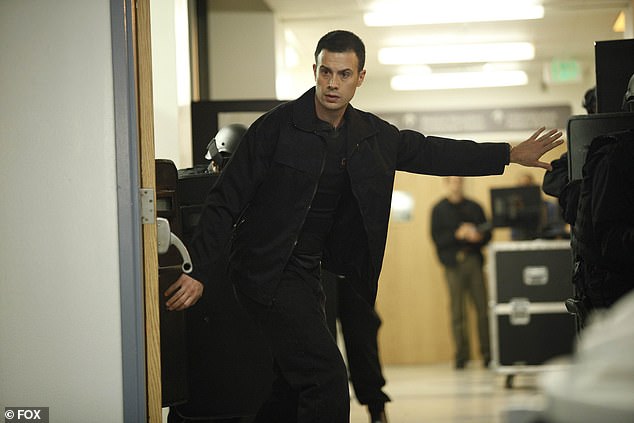 Action-packed: He also had a role on the TV series 24 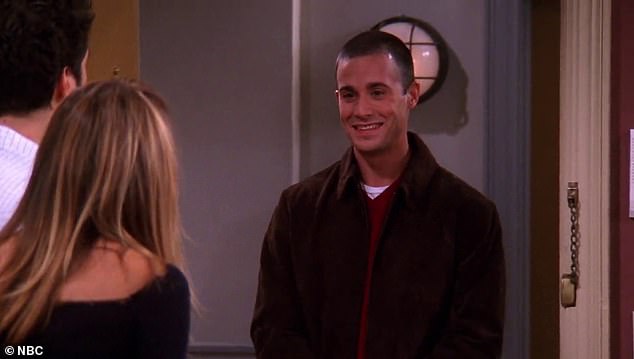 Manny! He made a cameo as a cute, sensitive male nanny for Emma on Friends

Last month, Freddie attended a She’s All That reunion in Los Angeles. It’s been 23 years since She’s All That premiered in theaters back in January 1999.

He kept busy on the small screen too, first with a cameo on Friends has Ross and Rachel’s hot male nanny, and then with several ongoing roles. 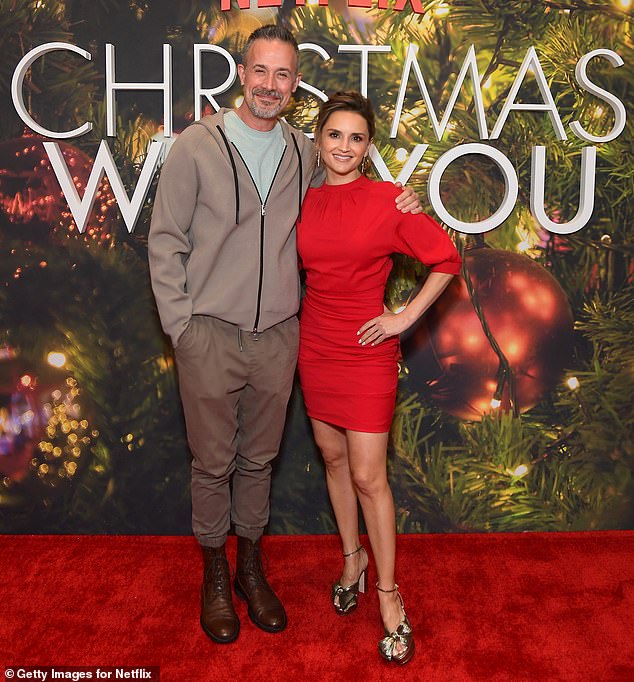 Redo: There was a She’s All That reunion in Los Angeles on Tuesday evening. Freddie Prinze Jr. and Rachael Leigh Cook were seen arm in arm at a special screening of his holiday movie Christmas With You special at The Bay Theater on LA’s Pacific Palisades neighborhood