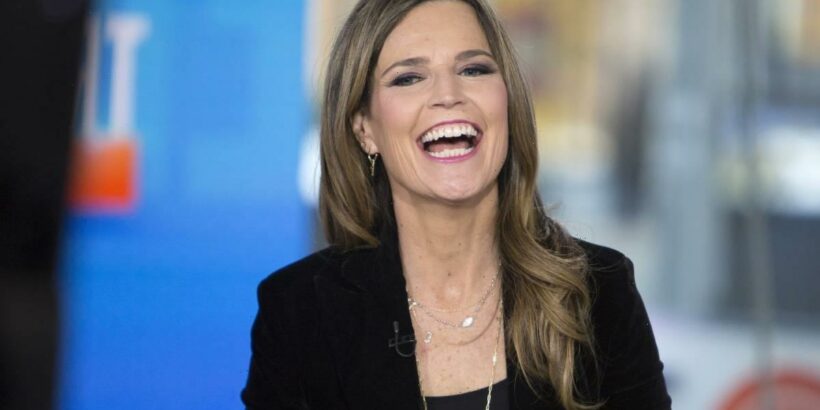 Savannah Guthrie is a permanent fixture on Today but recently she’s been absent on several occasions – due to both illness and work assignments away from the famous studio.

The TV star was therefore over the moon to be reunited with her co-stars this week both at work and for a special night out in New York City.

Taking to Instagram, Savannah shared a series of photos from The Hollywood Reporter’s star-studded event, The Most Powerful People in Media, which was also attended by Hoda Kotb and Jenna Bush Hager.

“Best of the best,” Savannah captioned the post, which was accompanied by several photos of them together.

MORE: Savannah Guthrie feels all the emotions as she spends Mother’s Day away from her children

Fans were quick to comment on the post, with one writing: “Truly love how much you guys love each other,” while another wrote: “You all look amazing.” A third added: “So fun! Everyone looks great.”

Also present – and posing in one of the pictures with the Today stars – was CBS Mornings co-anchor Gayle King.

Savannah – who has been working on Today for ten years – flew to Texas over the weekend to interview Darren Harrison, the man who recently landed an airplane after the pilot became incapacitated.

The mother-of-two met with Darren and his family to talk about his heroic moment, and revealing that his wife is pregnant with a baby girl, in an emotional interview that aired on Monday’s show.

Prior to that, she had also been off work for several days after testing positive for Covid earlier in the month.

Savannah has been working on Today for a decade

Unfortunately for the doting mom, it meant that she was forced to miss Mother’s Day, instead having to spend the day isolating from her young children Vale and Charles, from the other side of the house.

MORE: Savannah Guthrie panics fans after she shares picture of her running on injured foot

It looked like they all made the most of the negative situation though, and Savannah shared several updates on social media during the weekend, including pictures of her Facetiming her children and playing virtual games with them to keep them entertained.